Estrogens are present in both men and women, but they are usually present at significantly higher levels in women of reproductive age. Estrogen (Pic.1) is the reproductive hormone in females that assists in endometrial regrowth, ovulation, and calcium absorption; it is also responsible for the secondary sexual characteristics of females. These include breast development, flaring of the hips, and a shorter period necessary for bone maturation.

In males, estrogen regulates certain functions of the reproductive system important to the maturation of sperm and may be necessary for a healthy libido. Furthermore, there are several other structural changes induced by estrogen in addition to other functions.

Estrogens, in females, are produced primarily by the ovaries, and during pregnancy, the placenta. Follicle-stimulating hormone (FSH) stimulates the ovarian production of estrogens. Some estrogens are also produced in smaller amounts by other tissues such as the liver, adrenal glands, and the breasts. These secondary sources of estrogens are especially important in postmenopausal women. Fat cells produce estrogen as well.

In females, synthesis of estrogens starts in theca interna cells in the ovary, by the synthesis of androstenedione from cholesterol. This compound crosses the basal membrane into the surrounding granulosa cells, where it is converted either immediately into estrone, or into testosterone and then estradiol in an additional step. Both granulosa and theca cells are essential for the production of estrogen in the ovaries.

Estrogen levels vary through the menstrual cycle, with levels highest near the end of the follicular phase just before ovulation.

Estrogen, in male, is synthesized by Leydig cells (produce testosterone) and the germ cells, producing a relatively high concentration in rete testis fluid.

The menstrual cycle is governed by hormonal changes. Each cycle can be divided into three phases based on events in the ovary (ovarian cycle) or in the uterus (uterine cycle). The ovarian cycle consists of the follicular phase, ovulation, and luteal phase whereas the uterine cycle is divided into menstruation, proliferative phase, and secretory phase.

Stimulated by gradually increasing amounts of estrogen in the follicular phase, discharges of blood (menses) flow stop, and the lining of the uterus thickens. Follicles in the ovary begin developing under the influence of a complex interplay of hormones, and after several days one or occasionally two become dominant (non-dominant follicles shrink and die). Approximately mid-cycle, 24–36 hours after the luteinizing hormone (LH) surges, the dominant follicle releases an ovocyte, in an event called ovulation. After ovulation, the ovocyte only lives for 24 hours or less without fertilization while the remains of the dominant follicle in the ovary become a corpus luteum; this body has a primary function of producing large amounts of progesterone. Under the influence of progesterone, the uterine lining changes to prepare for potential implantation of an embryo to establish a pregnancy. If implantation does not occur within approximately two weeks, the corpus luteum will involute, causing a sharp drop in levels of both progesterone and estrogen.

Sex drive is dependent on androgen levels only in the presence of estrogen, but without estrogen, free testosterone level actually decreases sexual desire (instead of increases sex drive), as demonstrated for those women who have hypoactive sexual desire disorder, and the sexual desire in these women can be restored by administration of estrogen (using oral contraceptive). in non-human mammals, mating desire is triggered by estrogen surge in estrus.

Endogenous estrogens and estrogen metabolites play an important role in the pathogenesis and development of human breast, endometrial, and ovarian cancers. Increasing evidence also supports their involvement in the development of certain lung, colon and prostate cancers.

Some studies have suggested that estrogen may be involved in the development of skin cancer as skin keratinocytes possess estrogen receptors (ERs), and oral contraceptives and hormone therapy decrease acne and skin aging, respectively. Epidemiological studies examining associations between hormone therapy and melanoma risk have not been entirely conclusive, although some studies have shown a link between hormone use and increased risk of melanoma. Epidemiologically, estrogens have also been linked to colon cancer, as men are more likely to develop this disease and hormone replacement therapy has been shown to reduce the risk of this cancer in women.

Estrogen plays a principal role in skeletal growth and bone homeostasis. In women, estrogen deficiency after menopause accelerates frequently osteoclastic bone resorption. It was believed that the accelerated phase in women is most apparent during the first 3 to 5 years after menopause, involved unproportional loss of bone.

Hyperestrogenism can be caused by ovarian tumors, genetic conditions, or overconsumption of exogenous sources of estrogen, including medications used in hormone replacement therapy and hormonal contraception. Symptoms of the condition in women may consist of menstrual irregularities, amenorrhea, abnormal vaginal bleeding, and enlargement of the uterus and breasts. It may also present as isosexual precocity (puberty occurring at an unusually early age) in children and as hypogonadism ( a condition in which the body doesn't produce enough sex hormones), gynecomastia (enlargement of men’s breasts), feminization, impotence, and loss of libido in males. If left untreated, hyperestrogenism may increase the risk of estrogen-sensitive cancers such as breast cancer later in life. 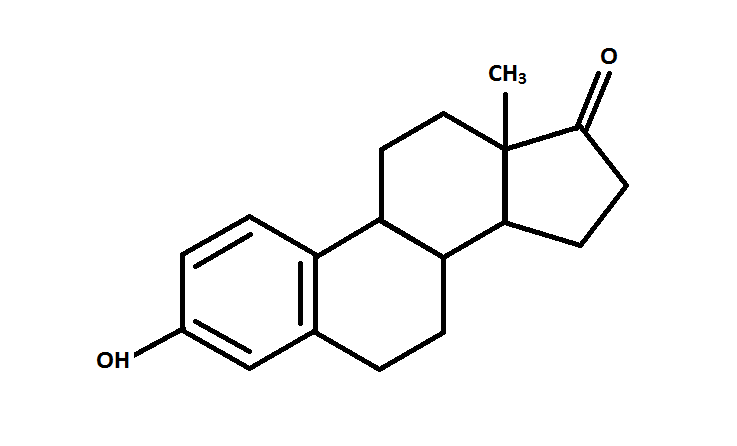 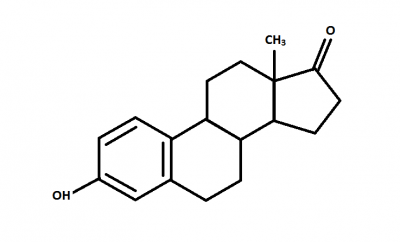 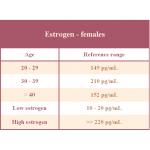