A hormone that supports the normal development of an egg in a woman's ovary, and stimulates the release of the egg during ovulation.

The functions of the hCG (produced by the placenta after implantation) allow for a safe pregnancy to take place (Pic. 1). It gets activated by the LHCGR (luteinizing hormone/choriogonadotropin receptor) and stimulates the production of the steroid hormone, progesterone. Progesterone allows for the lining of the uterus to thicken so that a fertilized egg will be able to stick and develop into a fetus.

hCG will also bind to specific regions on the corpus luteum (a temporary, hormonally active structure) which is in the ovaries, which allows for the production of progesterone to continue. If hCG did not bind to the corpus luteum, the amount of progesterone in the body would drop and the thickened uterus lining would be released during the woman's period. Overall, hCG prevents a woman from getting her period when she is conceived with a child.

We now know that hCG has numerous other important placental, uterine and fetal functions in pregnancy. From the time of implantation, hCG produced by trophoblast cells take over corpus luteal progesterone production from luteinizing hormone (LH), acting on a joint hCG/LH receptor. This continues for approximately 3 to 4 weeks. After that time, there are sufficient syncytiotrophoblast cells in the placenta to take over progesterone production from corpus luteal cells.

Since hCG is only produced in pregnant women, the presence of hCG can be used to test for pregnancy. Traces of hCG can be found in blood as early as 11 days after fertilization. All pregnancy test use immunoassays, which determine the concentration of hCG in a woman. Because of the structural differences in the beta subunits of hCG and luteinizing hormone, immunoassays that could differentiate the two hormones were developed. The pregnancy test determines the milli-international units of hCG in one mL of blood or urine. If there is less than 5 milli-international units in 1 mL, then the test comes out negative. A concentration of 25 milli-international units in 1 mL is a positive test.

When the hCG level is lower than the expected amount, it serves as an indication of a miscarriage that may happen or has already happened, or a ectopic pregnancy, which means the fetus is developing outside of the uterus and will be fatal to the fetus, but may be fatal to the mother as well.

If hCG levels are too high, it is likely to either be a multiple pregnancy or a molar pregnancy, which is when the cells turn into abnormal tissue, rather than a fetus, but the body behaves as if an actual pregnancy has taken place. Molar pregnancies are characterized by high levels of beta-hCG. After giving birth or a miscarriage, the hCG levels should return to normal (which is below 5 milli-international units per mL) within two months.

Human chorionic gonadotropin is extensively used parenterally (directly into the bloodstream) for final maturation induction in lieu of luteinizing hormone. In the presence of one or more mature ovarian follicles, ovulation can be triggered by the administration of hCG. As ovulation will happen between 38 and 40 hours after a single hCG injection, procedures can be scheduled to take advantage of this time sequence, such as intrauterine insemination (IUI) (Pic. 2) or sexual intercourse. Also, patients that undergo in vitro fertilization (IVF), in general, receive hCG to trigger the ovulation process, but have an oocyte retrieval performed at about 34 to 36 hours after injection by, a few hours before the eggs actually would be released from the ovary. As HCG supports the corpus luteum, administration of HCG is used in certain circumstances to enhance the production of progesterone.

Regarding pharmaceutical preparations of hCG from animal or synthetic sources, there are many gonadotropin preparations, some of which are medically justified and others of which are of a quack nature. In Pubergen, Pregnyl, Follutein, Profasi, Choragon and Novarel, it is extracted from the urine of pregnant women. In Ovidrel, it is produced with recombinant DNA technology. Generally, hCG is administered by an injection under the skin or into a muscle.

In the male, HCG injections are used to stimulate the Leydig cells (cells of the testes, producing testosterone) to synthesize testosterone. The intratesticular (within-the-testicle) testosterone is necessary for spermatogenesis (production of sperm) from the Sertoli cells (testicular cells that support and protect the sperm cells during thein maturation). Typical uses for HCG in men include hypogonadism (insufficient sex hormone production in the sex glands) and fertility treatment.

In women with good response to the hCG injections, estrogen levels rise significantly. A possible adverse effect of elevated estrogen is the formation of blood clots. A blood clot can cause various symptoms including swelling (e.g. of a limb), pain or tingling, numbness, warmth of the skin, breathing difficulty, dizziness, confusion or headache. The condition should be dealt with immediately, as blood clots of deep veins (also called deep vein thrombosis) can further cause a pulmonary embolism, which can be life-threatening. 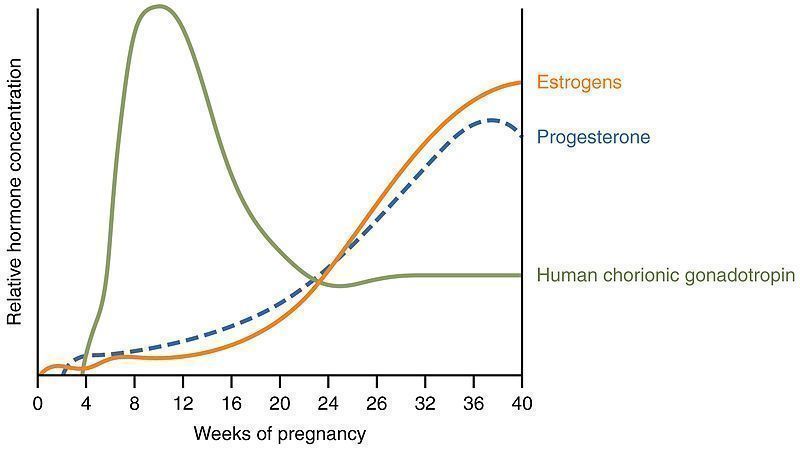 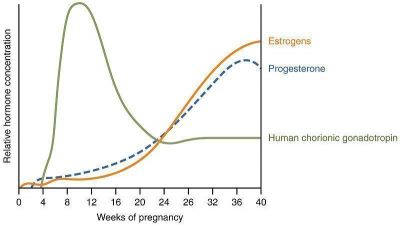 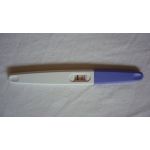 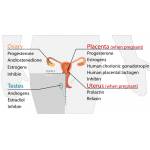