A hormone, that stimulates ovulation and the development of the corpus luteum in females, and the production of androgens in males.

Luteinizing hormone (LH, also known as lutropin and sometimes lutrophin) is a hormone produced by gonadotropic cells in the anterior pituitary gland. In females, an acute rise of LH ("LH surge") triggers ovulation and development of the corpus luteum. In males, where LH had also been called interstitial cell–stimulating hormone (ICSH), it stimulates Leydig cell production of testosterone. It acts synergistically with FSH.

Hormonal Regulation of the Reproductive System

In both males and females, LH is essential for reproduction (Pic. 1).

LH plays a role in the development of ova, induction of ovulation, and stimulation of estradiol and progesterone production by the ovaries (Pic. 2). LH supports theca cells in the ovaries that provide androgens and hormonal precursors for estradiol production. At the time of menstruation, FSH initiates follicular growth, specifically affecting granulosa cells (Pic. 3). With the rise in estrogens, LH receptors are also expressed on the maturing follicle, which causes it to produce more estradiol. The levels of LH keep rising through the follicular phase and when they reach an unknown threshold, this results in the peak of the LH. This effect is opposite from the usual negative feedback mechanism. The increase in LH production only lasts for 24 to 48 hours. This "LH surge" triggers ovulation, thereby not only releasing the egg from the follicle, but also initiating the conversion of the residual follicle into a corpus luteum that, in turn, produces progesterone to prepare the endometrium for a possible implantation. LH is necessary to maintain luteal function for the second two weeks of the menstrual cycle. If pregnancy occurs, LH levels will decrease, and luteal function will instead be maintained by the action of hCG (human chorionic gonadotropin), a hormone very similar to LH but secreted from the new placenta.

LH stimulates production of the sex hormones (androgens) by the interstitial cells of the testes and therefore is also called interstitial cell-stimulating hormone. In the testes, LH binds to receptors on Leydig cells, which stimulates the synthesis and secretion of testosterone (T). When testosterone levels are low, GnRH is released by the hypothalamus, stimulating the pituitary gland to release LH. As the levels of T increase, it will act on the hypothalamus and pituitary through a negative feedback loop and inhibit the release of GnRH and LH consequently.

Changes in LH and testosterone (T) blood levels and pulse secretions are induced by changes in sexual arousal in human males.

The detection of a surge in release of luteinizing hormone indicates impending ovulation. LH can be detected by urinary ovulation predictor kits (OPK, also LH-kit) that are performed, typically daily, around the time ovulation may be expected. A conversion from a negative to a positive reading would suggest that ovulation is about to occur within 24–48 hours, giving women two days to engage in sexual intercourse or artificial insemination with the intention of conceiving.Tests may be read manually using a colour-change paper strip, or digitally with the assistance of reading electronics.Tests for luteinising hormone may be combined with testing for estradiol in tests such as the Clearblue fertility monitor.As sperm can stay viable in the woman for several days, LH tests are not recommended for contraceptive practices, as the LH surge typically occurs after the beginning of the fertile window.

LH levels are normally low during childhood and, in women, high after menopause. As LH is secreted as pulses, it is necessary to follow its concentration over a sufficient period of time to get proper information about its blood level (Pic. 4).

During the reproductive years, typical levels are between 1-20 IU/L. Physiologic high LH levels are seen during the LH surge (v.s.); typically they last 48 hours.

LH is measured in international units (IU). For human urinary LH, one IU is defined as the amount of LH that has an activity corresponding to 0.13369 mg of pure human urinary LH.

Persistently high LH levels are indicative of situations where the normal restricting feedback from the gonad is absent, leading to a pituitary production of both LH and FSH.
While this is typical in the menopause, it is abnormal in the reproductive years. There it may be a sign of:

Diminished secretion of LH can result in failure of gonadal function (hypogonadism). This condition is typically manifest in males as failure in production of normal numbers of sperm. In females, amenorrhea is commonly observed. Conditions with very low LH secretions include:

LH as a medication

LH is available mixed with FSH in the form of menotropin, and other forms of urinary gonadotropins. More purified forms of urinary gonadotropins may reduce the LH portion in relation to FSH. Recombinant LH is available as lutropin alfa. All these medications have to be given parenterally. They are commonly used in infertility therapy to stimulate follicular development, the notable one being in IVF therapy.

Often, HCG medication is used as an LH substitute because it activates the same receptor. Medically used hCG is derived from urine of pregnant women, is less costly, and has a longer half-life than LH. 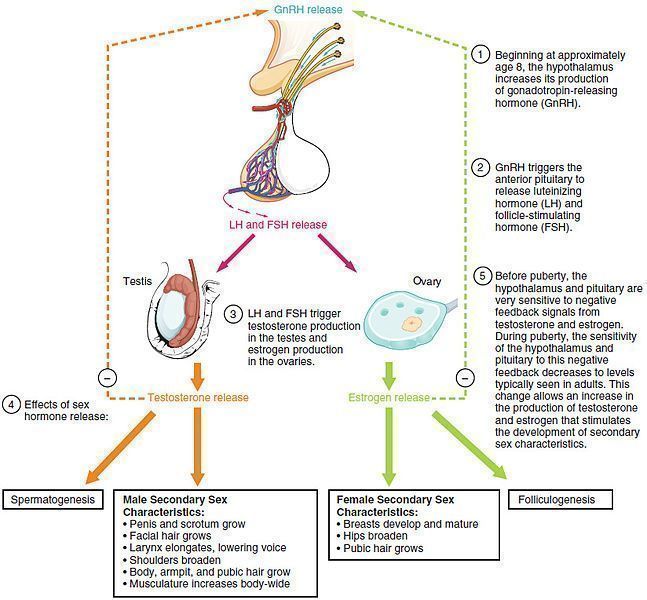 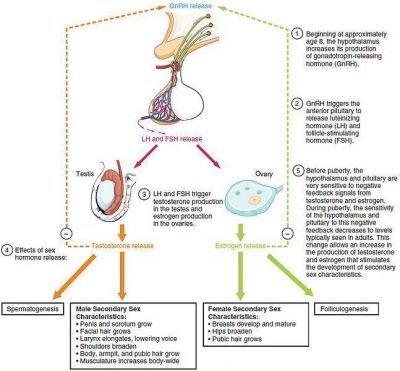 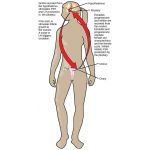 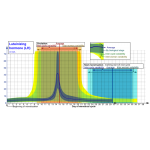 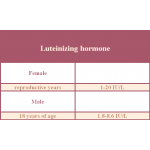