Progesterone has key effects via non-genomic signalling on human sperm as they migrate through the female tract before fertilization occurs, though the receptor(s) as yet remain unidentified. Detailed characterization of the events occurring in sperm in response to progesterone has elucidated certain events including intracellular calcium transients and maintained changes, slow calcium oscillations, now thought to possibly regulate motility.

Progesterone is sometimes called the "hormone of pregnancy", and it has many roles:

Vaginally dosed progesterone is being investigated as potentially beneficial in preventing preterm birth in women at risk for preterm birth. According to a recent study, women with a short cervix that received hormonal treatment with a progesterone gel had their risk of prematurely giving birth reduced. The hormone treatment was administered vaginally every day during the second half of a pregnancy. A subsequent and larger study showed that vaginal progesterone was no better than placebo in preventing recurrent preterm birth in women with a history of a previous preterm birth,but a planned secondary analysis of the data in this trial showed that women with a short cervix at baseline in the trial had benefit in two ways: a reduction in births less than 32 weeks and a reduction in both the frequency and the time their babies were in intensive care. In another trial, vaginal progesterone was shown to be better than placebo in reducing preterm birth prior to 34 weeks in women with an extremely short cervix at baseline.

Progesterone plays an important role in mammary gland development in females. In conjunction with prolactin, it mediates lobuloalveolar maturation of the breasts during pregnancy to allow for milk production, and thus lactation and breastfeeding after childbirth.

Other effects of progesterone:

Since most progesterone in males is created during testicular production of testosterone, and most in females by the ovaries, the shutting down (whether by natural or chemical means), or removal, of those inevitably causes a considerable reduction in progesterone levels. Previous concentration upon the role of progestogens in female reproduction, when progesterone was simply considered a "female hormone", obscured the significance of progesterone elsewhere in both sexes.

The tendency for progesterone to have a regulatory effect, the presence of progesterone receptors in many types of body tissue, and the pattern of deterioration (or tumor formation) in many of those increasing in later years when progesterone levels have dropped, is prompting widespread research into the potential value of maintaining progesterone levels in both males and females.

Progesterone enhances the function of serotonin receptors in the brain, so an excess or deficit of progesterone has the potential to result in significant neurochemical issues. This provides an explanation for why some people resort to substances that enhance serotonin activity such as nicotine, alcohol, and cannabis when their progesterone levels fall below optimal levels.
To examine the effects of progesterone on nicotine addiction, participants in one study were either treated orally with a progesterone treatment, or treated with a placebo. When treated with progesterone, participants exhibited enhanced suppression of smoking urges, reported higher ratings of “bad effects” from IV nicotine, and reported lower ratings of “drug liking”.These results suggest that progesterone not only alters the subjective effects of nicotine, but reduces the urge to smoke cigarettes.

Sex differences in hormone levels may induce women to respond differently than men to nicotine. When women undergo cyclic changes or different hormonal transition phases (menopause, pregnancy, adolescence), there are changes in their progesterone levels. Therefore, females have an increased biological vulnerability to nicotine’s reinforcing effects compared to males and progesterone may be used to counter this enhanced vulnerability. This information supports the idea that progesterone can affect behavior.

Similar to nicotine, cocaine also increases the release of dopamine in the brain. The neurotransmitter is involved in the reward center and is one of the main neurotransmitters involved with substance abuse and reliance. In a study of cocaine users, it was reported that progesterone reduced craving and the feeling of being stimulated by cocaine. Thus, progesterone was suggested as an agent that decreases cocaine craving by reducing the dopaminergic properties of the drug. 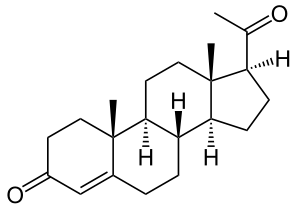 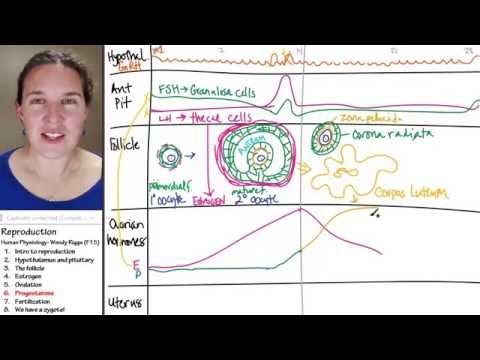 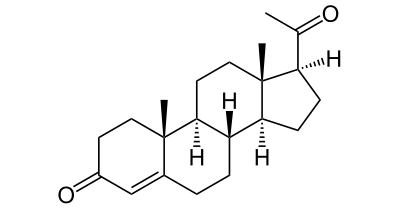 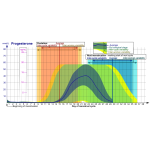 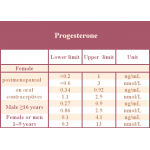