A peptide gonadotrophic hormone secreted by the pituitary gland that stimulates growth of the mammary glands and lactation in females.

Prolactine, a protein that in humans is best known for its role in enabling females, to produce milk. It is sometimes classified as a gonadotropin although in humans it has only a weak luteotropic effect while the effect of suppressing classical gonadotropic hormones is more important. In humans, prolactin (Pic. 1) is produced at least in the anterior pituitary, decidua, myometrium, breast, lymphocytes, leukocytes and prostate. Prolactin within the normal reference ranges (Pic. 2) can act as a weak gonadotropin but at the same time suppresses GnRH secretion. Dopamine (DA) holds a predominant role in the regulation of prolactin (PRL) secretion. DA provides inhibitory control over the secretion of prolactin (Pic. 3). Physiologic levels of prolactin in males enhance luteinizing hormone-receptors in Leydig cells, resulting in testosterone secretion, which leads to spermatogenesis.

Prolactin has a wide range of effects:

Efect of hormonal action during pregnancy and after childbirth:

Prolactin levels peak during REM sleep (the stage of sleep during which most brain activity and dreams occur), and in the early morning. Levels can rise after:

Prolactin levels have also been found to rise with use of the drug MDMA (Ecstasy), leading to speculation that prolactin may have a role in the post-orgasmic state as well as decreased sexual desire.
Prolactin receptors are present in the mammillary glands, ovaries, pituitary glands, heart, lung, thymus, spleen, liver, pancreas, kidney, adrenal gland, uterus, skeletal muscle, skin, and areas of the central nervous system. When prolactin binds to the receptor, it causes it to dimerize with another prolactin receptor.

Diagnostic use
Hypersecretion of prolactin is more common than hyposecretion. Hyperprolactinemia is the most frequent abnormality of the anterior pituitary tumors, termed prolactinomas. Prolactinomas may disrupt the hypothalamic-pituitary- gonadal axis as prolactin tends to suppress the secretion of gonadotropin-releasing hormone (GnRH) from the hypothalamus and in turn decreases the secretion of follicle-stimulating hormone (FSH) and luteinizing hormone (LH) from the anterior pituitary, therefore disrupting the ovulatory cycle in females. Such hormonal changes may manifest as amenorrhea and infertility in females as well as impotence in males. Inappropriate lactation (galactorrhoea) is another important clinical sign of prolactinomas, which may be treated with the administration of bromocriptine, which is an agonist of the dopamine D2 receptor. 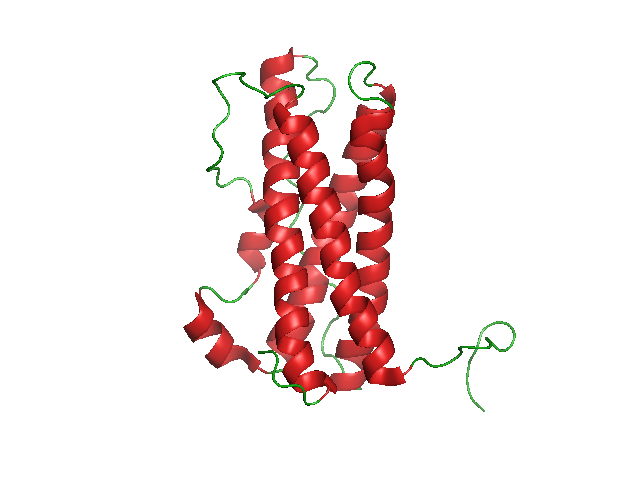 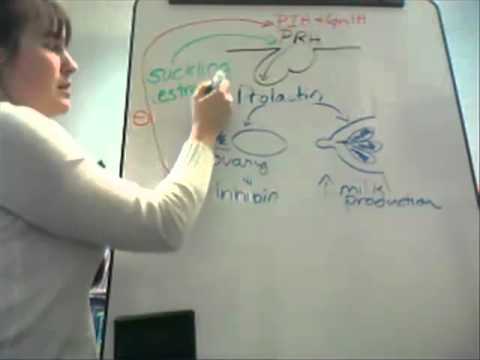 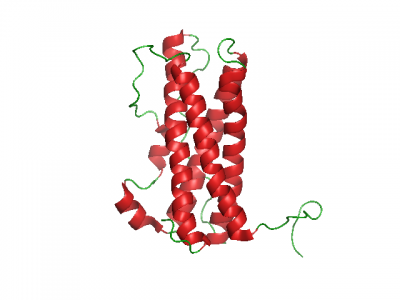 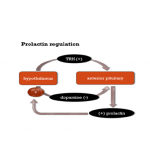 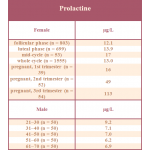