A tumor-forming variant of adenomyosis (endometriosis in the myometrium of the uterus).

Adenomyoma is a tumor-forming variant of adenomyosis, a benign gynecological condition characterized by the presence of endometrial glands (glands of the inner mucous membrane of the uterine wall) and stroma (fibrous tissue) in the myometrium (the muscular portion of the uterine wall). This ectopic (out-of-place) tissue seems to induce hypertrophy and hyperplasia (increased growth) of the subjacent myometrium. The endometrial glands are therefore bordered by smooth muscle tissue originating from the myometrium, and form a circumscribed lesion in the uterus (Pic. 1).

Adenomyosis in general is a condition similar to endometriosis, but limited to the uterus, whereas true endometriosis is found in locations other than the uterus. In adenomyosis, basal endometrium penetrates into hyperplastic myometrial fibers. Therefore, unlike functional layer, basal layer does not undergo typical cyclic changes with menstrual cycle.

The cause of adenomyosis is unknown, although it has been associated with any sort of uterine trauma that may break the barrier between the endometrium and myometrium, known as the junctional zone, such as a caesarean section, surgical pregnancy termination, and any pregnancy.

Most cases of adenomyosis are non-symptomatic. Clinical manifestations commonly include dysmenorrhea (painful menstruation) and menorrhagia (heavy menstrual bleeding), but also dyspareunia (painful sexual intercourse), chronic pelvic pain and infertility have been reported. The condition is typically found in women between the ages of 35 and 50 but can also be present in younger women. Women with adenomyosis are also more likely to have other uterine conditions, including uterine fibroids, endometriosis and uterine polyps. As adenomyosis is responsive to reproductive hormones, it reasonably abates following menopause when these hormones decrease.

The gold-standard method to definitively diagnose adenomyosis is through a pathologist microscopically examining small tissue samples of the uterus. These tissue samples can come from a uterine biopsy or directly following a hysterectomy (surgery to remove the uterus) (Pic. 2). Uterine biopsies can be obtained by either a laparoscopic procedure through the abdomen or hysteroscopy through the vagina and cervix. The diagnosis is established when the pathologist can find invading clusters of endometrial tissue within the myometrium.

Non-invasive imaging techniques such as transvaginal ultrasonography (TVUS) (Pic. 3) and magnetic resonance imaging (MRI) can both be used to strongly suggest the diagnosis of adenomyosis, guide treatment options, and monitor response to treatment. Magnetic resonance imaging provides slightly better diagnostic capability compared to TVUS, due to the increased ability of MRI to differentiate objectively between different types of soft tissue.

Adenomyoma can be definitively cured by surgical treatment, further split into uterine-sparing and non-uterine-sparing procedures. Symptoms can be also reduced by pain relieving drugs (i.e. NSAIDs) and hormones and hormone modulators, like progestins, oral contraceptives and GnRH agonists.

Large adenomyomas may cause an enlarged uterus, and may even grow out of the uterus, possibly compressing adjoining reproductive organs (Pic. 4). If the compression severely impairs the function of the organ, fertility issues may result.
Complications of pregnancy
Adenomyomas of the uterine corpus are linked with an increased frequency of preterm labour and early rupture of membranes.
Risk factors

Adenomyosis itself can cause fertility issues. Although no epidemiological evidence exists, indirect data are available and provide a good case for an association between adenomyosis and infertility.

Structural and functional defects of the uterine junctional zone (the transitional zone between endometrium and myometrium), as well as the existence of several dysregulated proteins can cause implantation failure. Within the endometrium itself, the presence of abnormal levels of free radical concentration represents a possible cause for infertility in adenomyosis patients. This is because a disruption of the balance between reactive oxygen species and antioxidants produces oxidative stress (tissuse-damaging amount of highly reactive oxygen compounds) and an excessive free radical environment. In turn, this can damage fertilized eggs and inhibit embryo development and pregnancy.

Altered oxidative stress equilibrium is not the only mechanism through which a uterine environment hostile to the developing embryo can be produced in women with adenomyosis. Another important abnormality that may lead to an impairment of implantation has now been identified: in women with adenomyosis there is an aberrant endometrial development throughout the proliferative phase (phase of the menstrual cycle before the ovulation, when the endometrium grows in volume), and this may lead to abnormalities of the secretory phase. This seems due to altered endometrial vascularisation, an increase in regulatory factors involved in the endometrial vascular proliferation and changes in endometrial molecular markers of inflammation.

In conclusion, it is currently impossible (due to missing epidemiological studies) to clearly show that adenomyosis leads to infertility, but several possible mechanisms have been already identified.

There is generally no specific prevention for the condition, because the causes of adenomyosis in general, as well as adenomyoma, are unknown.

There is currently no proven self-therapy technique for the treatment of adenomyomas. However, to relieve the symptoms, it is advised to minimize any hormonal imbalances in the body, limit the intake of alcohol and avoid obesity through a healthy diet and physical exercises.

In women in their reproductive years, symptoms can be relieved by pharmacotherapy, such as pain medication and hormone therapies. The definitive cure for adenomyosis is surgical removal of the tumor, either by hysterectomy (removal of the whole uterus) or uterine-sparing surgical approaches.

Pain relievers such as Nonsterioidal anti-inflammatory drugs (NSAIDs, e.g. ibuprofen) are commonly used for pain relief. As adenomyosis is responsive to reproductive hormones, its symptoms like abnormal menstrual bleeding and menstrual cramps can be relieved by various hormone therapies.

Levonorgestrel-releasing intrauterine devices or hormonal IUDs, are an effective treatment for adenomyosis. They reduce symptoms by causing decidualization (pregnancy-like change) of the endometrium, reducing or eliminating menstrual flow. Hormonal IUDs are particularly well suited for individuals needing effective treatment of their adenomyosis while still maintaining future fertility potential. The most common negative side-effect of hormonal IUDs is irregular menstrual bleeding or spotting.

Progesterone or Progestins: Progesterone (the main female hormone responsible for maintaining pregnancy) counteracts estrogen (the primary female sex hormone) and inhibits the growth of endometrial tissue. Such therapy can reduce or eliminate menstruation in a controlled and reversible fashion. Progestins are chemical variants of natural progesterone.

Gonadotropin-releasing hormone (GnRH) agonists have been tried in order to relieve adenomyosis related symptoms and show some effect. However, long-time use of GnRH-analogues is often associated with heavy side effects, loss of bone density and increased risk of cardiovascular events, and therefore not feasible for young women.

Uterine artery embolization (UAE): In this minimally-invasive procedure, doctors intentionally block two large arteries that supply the uterus, called the uterine arteries. This is performed in order to dramatically reduce the blood supply to the uterus. By doing so, there is insufficient blood and thus oxygen present for the adenomyosis to develop and spread. 57-75% of women, who undergo UAE for adenomyosis, typically report long-term improvement in their menstrual pain and bleeding. However, there is a recurrence rate of symptoms in 35% of women following a UAE. Also, UAE has the risk of causing major complications in 5% of women who undergo the procedure. Major complications include infection, significant bleeding, and needing an additional surgery. UAE has also been shown in some cases to reduce ovarian function.

Myometrium or adenomyoma resection: A well-circumscribed adenomyoma can be surgically removed from the uterine wall. When successful, the procedure significantly improves menstrual pain and bleeding. Additionally, it can result in improved fertility with pregnancy rates as high as 78% in women trying to conceive after the operation with successful delivery occurring in as many as 69% of those pregnancies.

Myometrial electrocoagulation: Destruction of the adenomyoma by rapid increase of local temperature in the tumor.

Endometrial ablation techniques: result in sterility and therefore are suitable only for women who have completed their childbearing. The techniques either include physical resection and removal of the endometrium through a hysteroscope, or focus on ablating or killing the endometrial layer of the uterus without its immediate removal

Hysterectomy: surgical removal of the uterus. Hysterectomies remain as the final treatment option for women in whom the other treatments have failed, and especially for women who have completed their childbearing.

If conservative medical treatments fail to achieve a pregnancy, the physician may suggest the patient to use the methods of assisted reproduction. Assisted reproduction technologies (ART) are today used more often than surgery, as they are less invasive and more reliable. In case of unilateral tubal obstruction, intrauterine insemination (IUI) may be used to treat infertility, however its outcomes are subject to discussion. In vitro fertilization (IVF) with the patient´s own ova (eggs) is a reliable method of achieving pregnancy in infertile women with unilateral tubal blockage. 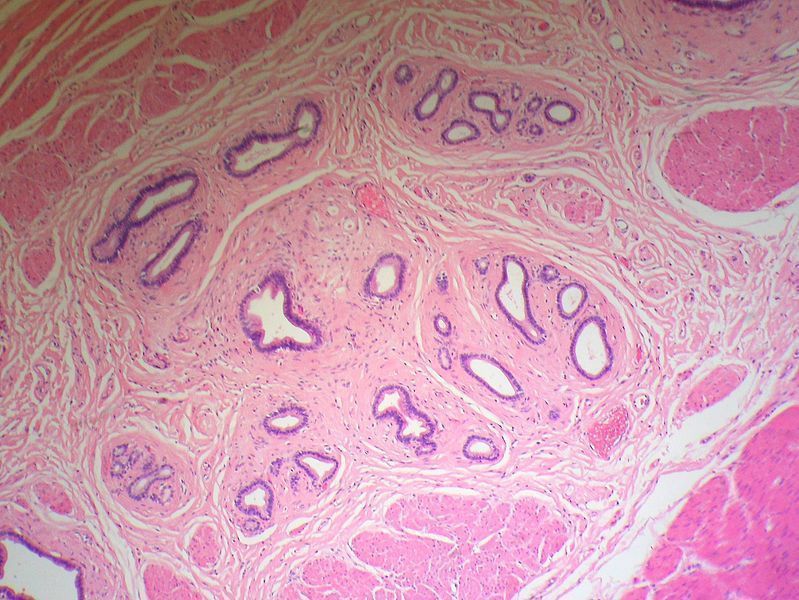 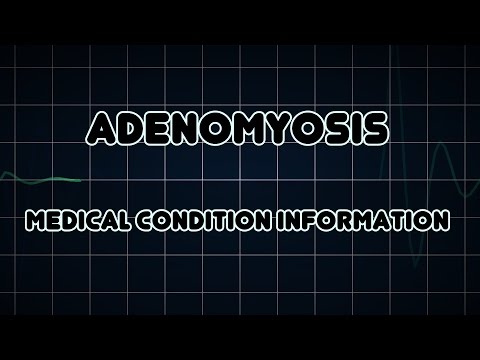 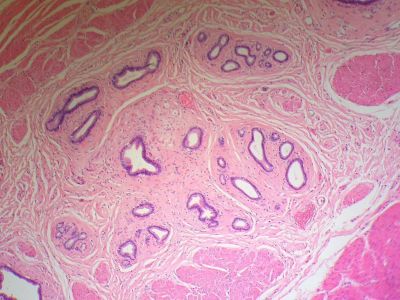 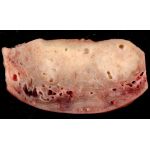 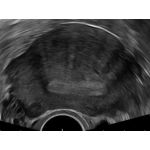 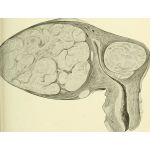