The severity of intellectual disability varies amongst the individuals. Many cases of AS seem to associate with autism, which is characterized by reduced social interaction, lack of communication, and stereotypic behavior. Children with AS (Pic. 1, 2) show developmental delay, lack of speech, ataxia (a neurological sign consisting of lack of voluntary coordination of muscle movements that includes gait abnormality), learning disability, flat occiput (the anatomical term for the back portion of the head), seizures, tongue protrusion (a part that sticks out), and uncontrollable laughter.

The disease is primarily caused by deletion (a part of a chromosome or a sequence of DNA is lost during DNA replication) or loss-of-function mutations of the maternally inherited UBE3A (Ubiquitin-protein ligase E3A) gene located within chromosome 15q11-q13 (Pic. 3). A healthy person receives two copies of chromosome 15, one from the mother, the other from the father. In a normal individual, the region encoding the gene UBE3A is epigenetically imprinted throughout neuronal brain cells, with the maternal allele (number of alternative forms of the same gene) being preferentially expressed (the process by which information from a gene is used in the synthesis of a functional gene product, very often protein) and the paternal allele silenced. However, in the region of the chromosome that is critical for Angelman syndrome, the maternal and paternal contribution express certain genes very differently. In Angelman syndrome, expression of the active maternal allele is lost. Loss of the maternal allele, while the paternal allele remains silenced, results in a lack of UBE3A expression.

The diagnosis of Angelman syndrome is based on methylation study (a process by which methyl groups are added to DNA) on 15q11-13 imprinted region, which would identify 75–80% of AS that included maternal deletion, paternal uniparental disomy (a person receives two copies of a chromosome from father and no copy from mother), and imprinting center defect (clusters of genetic material of an organism under the control of discrete DNA elements). Further analysis of UBE3A gene would further confirm 10% of cases. However, there were still 5–10% of clinically diagnosed AS that would be rendered “test negative.”

Angelman syndrome is not curable. Complications such as epilepsy, hyperactivity or sleeping disturbance can be partly solved pharmacologically.

Epilepsy
Epilepsy is observed in the great majority of AS patients. It may have early onset and is often refractory to treatment. Epilepsy is a group of neurological diseases characterized by epileptic seizures. Epileptic seizures are episodes that can vary from brief and nearly undetectable to long periods of vigorous shaking. Epilepsy, often severe and hard to control, is present in 85% of patients within the first three years of life, although less than 25% develop seizures during the first year. It was observed that febrile seizures often precede the diagnosis.

For cases of familial imprinting mutations due to an inherited deletion of the imprinting centre prenatal diagnosis should be offered as the recurrence risk is high (50%).

Puberty in both males and females is unaffected and fertility is possible. Also menstruation begins at around the average age. It is reported, that if woman with Angelman syndrome became pregnant there is 50% chance, that her child will also suffer from this desease. On the other hand, man with Angelman syndrome will not pass this illness, but there is possibility, that the child will have Prader-Willi syndrome.

Angleman syndrome cannot be prevented but there are several cases where prenatal testing can help. Prenatal testing for pregnancies at increased risk is possible when the Angelman syndrome is due to a deletion, uniparental disomy, an imprinting defect, a UBE3A pathogenic variant, or a chromosome rearrangement.

If the underlying genetic cause of a disorder in a family is known, a genetic counselor can help determine the risks to future children.

Those with the syndrome are generally happy and contented people who like human contact and play. People with AS exhibit a profound desire for personal interaction with others. Communication can be difficult at first, but as a child with AS develops, there is a definite character and ability to make themselves understood. People with AS tend to develop strong non-verbal skills to compensate for their limited use of speech. It is widely accepted that their understanding of communication directed to them is much larger than their ability to return conversation. Most affected people will not develop more than 5–10 words, if any at all.

There is currently no cure available, but symtoms can be suppressed (e.g. seizures). The epilepsy can be controlled by the use of one or more types of anticonvulsant medications. However, there are difficulties in ascertaining the levels and types of anticonvulsant medications needed to establish control, because AS is usually associated with having multiple varieties of seizures, rather than just the one as in normal cases of epilepsy.

Many families use melatonin to promote sleep in a condition which often affects sleep patterns. Many individuals with Angelman syndrome sleep for a maximum of 5 hours at any one time.

Mild laxatives are also used frequently to encourage regular bowel movements, and early intervention with physiotherapy is important to encourage joint mobility and prevent stiffening of the joints.

There is no surgical therapy for this condition.

Several reports showed that children conceived with assisted reproduction techniques are at increased risk of having imprinting disorders. Major of these studies were focused on DNA methylation but results were conflicting. A number of cases of Angelman syndrome children were associated with ovulation induction with medication compared to normal population. But larger and collaborative studies are still needed to completely understand the association and final confirmation of this connection. 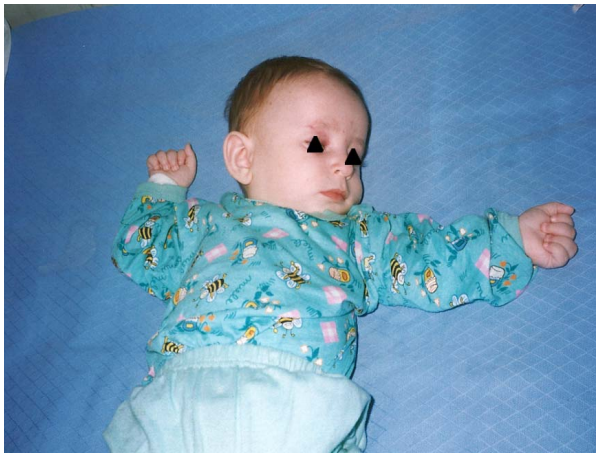 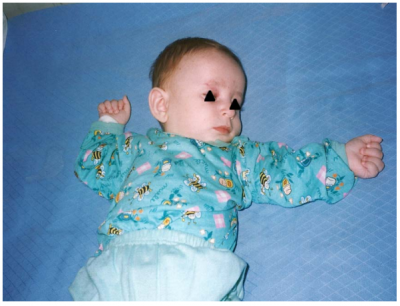 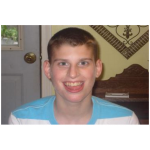 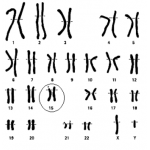