A common sexually transmitted disease (STD) caused by the Chlamydia trachomatis bacteria that can lead to serious reproductive morbidity.

Chlamydia is a very common, curable sexually transmitted infection (STI) caused by the Chlamydia trachomatis bacteria (Pic. 1). It is spread by vaginal, anal or oral sex with someone who has the infection. It most commonly affects the urethra (the tube from the bladder that urine passes through), cervix (neck of the womb) the anus and can also occur in the throat. In women it may spread to the uterus (womb) and fallopian tubes. Chlamydia can also be transferred to the eyes (Pic. 2) through rubbing or touching with unwashed hands that have touched the genital area. This type of infection should not be confused with Trachoma which is an eye infection caused by a related type of chlamydia.

The prevalence of chlamydial genital infections is similar in males and females; however, most current research in the field and screening strategies have been mainly focused on females. Many infections are asymptomatic, resulting in a large reservoir of undetected, untreated infections. Untreated chlamydia infection may result in long-term sequelae in women including pelvic inflammatory disease (PID) and ectopic pregnancy.

Chlamydia could be tested by:

Chlamydia infection can be effectively cured with antibiotics. Following treatment people should be tested again after three months to check for reinfection.

In women, urogenital chlamydia initially infects the cervix (Pic. 3), causing symptoms of inflammation of cervix (cervicitis) which can then spread to the upper reproductive tract and cause pelvic inflammatory disease (PID). Untreated urogenital infections can lead to other serious complications such as chronic pain, ectopic pregnancy, and infertility.

The presence of gonorrhea or chlamydia at any site also increases the risk of acquiring HIV in both men and women. Complications specific to men include epididymitis (inflammation of epididymis), prostatitis (inflammation of prostate), and proctitis (inflammation of the anus and the lining of the rectum). Both men and women with symptomatic urogenital infection most commonly present with urethritis, characterized by dysuria and urethral discharge as the commonest presenting symptom of a sexually transmitted disease in men. Reactive arthritis may also occur, often as part of a triad of other symptoms including urethritis and conjunctivitis (Pic. 4).

Chlamydia conjunctivitis or trachoma was once the most important cause of blindness worldwide. The infection can be spread from eye to eye by fingers, shared towels or cloths, coughing and sneezing and eye-seeking flies. Newborns can also develop chlamydia eye infection through childbirth.

As many as half of all infants born to mothers with chlamydia will be born with the disease. Chlamydia can affect infants by causing spontaneous abortion; premature birth; conjunctivitis, which may lead to blindness; and pneumonia. Conjunctivitis due to chlamydia typically occurs one week after birth (compared with chemical causes (within hours) or gonorrhea (2–5 days)).

Chlamydia infects both sexes; however, chlamydial infections constitute primarily a female health issue since the consequences are more damaging to the reproductive tissue in women than in men. Recent studies also have shown that Chlamydia infection may result in sperm DNA damage, which has been associated with a low potential for natural male fecundity, reduced fertility potential in vivo and in vitro, decreased embryo quality, and lower implantation rates.

In women, untreated infection can spread into the fallopian tubes and cause the tubes to become blocked (hydrosalpinx). They can also develop scar tissue around the fallopian tubes that makes it more difficult for the tube to “pick up” the egg at the time of ovulation. The problems can lead to infertility and an increased risk for ectopic (tubal) pregnancy.

C. trachomatis can cause inflammation of urethra (urethritis), epididymis (epididymitis), and testes (orchitis) in men, and it is also found to affect sperm by decreasing sperm motility, deteriorating sperm morphology and viability and increasing proportion of sperm abnormalities. Nongonococcal urethritis (NGU) is the most common clinical genital syndrome seen in the male. Both acute and chronic infection can cause partial or complete obstruction of sperm transport (oligozoospermia (a low concentration of sperm) or azoospermia (a semen contains no sperm)). Chronic inflammatory changes in the seminiferous tubules (the site of the germination, maturation, and transportation of the sperm cells) in orchitis expected to disrupt the normal process of sperm production (spermatogenesis) and cause alterations in sperm number and quality.

Inflammation may act as a co-factor of infertility. Pressure-induced rupture of the epididymal duct will disrupt the blood–testis barrier, activate an immunological defense reaction, and induce the production of antisperm antibodies (ASA). There is a correlation between C. trachomatis infection and some important sperm parameters, such as sperm concentration and motility. Chlamydial pathology may alter male fertility since male genital organs are potential targets for Chlamydia infection.

Unceasing efforts are conducted for the development of a chlamydial vaccine. Nevertheless, until now, no effective chlamydial vaccines are available. The knowledge of bacterial factors involved in pathogenicity will help in addressing optimal vaccine design that prevents not only chlamydial infection but also progression to infertility.

If symptoms do occur, they usually develop about two to 14 days after having unprotected sex with someone who has a chlamydia infection.

Women with a chlamydia infection may notice that they have:

Men with a chlamydia infection may notice:

Treatment of chlamydia infection is considered to be effective in preventing transmission to sexual partners and several drugs are active agains C. trachomatis while surgical therapy is in untreated chlamydia.

Chlamydia infection can be effectively cured with antibiotics once it is detected. Current guidelines recommend azithromycin, doxycycline, erythromycin, or ofloxacin. Agents recommended for pregnant women include erythromycin or amoxicillin. The effectiveness of therapy relies on timely treating sex partners and to abstain from sexual intercourse until completing the whole antibiotic scheme.

Untreated chlamydia can causes complications, such as an abscess. Surgery may be used to drain or remove the abscess. Women may undergo laparoscopy to find pelvic adhesion and tubal damage due to inflammation.

Chlamydia can be easily treated and cured with antibiotics. Having multiple infections increases a woman’s risk of infertility. If conservative medical treatments fail to achieve a full term pregnancy, the physician may suggest the patient undergo in vitro fertilization (IVF). IVF and assisted reproductive techniques (ART) generally start with stimulating the ovaries to increase egg production. Most fertility medications are agents that stimulate the development of follicles in the ovary. Examples are gonadotropins and gonadotropin releasing hormone. After stimulation, the physician surgically extracts one or more eggs from the ovary, and unites them with sperm in a laboratory setting, with the intent of producing one or more embryos. Fertilization takes place outside the body, and the fertilized egg is reinserted into the woman's reproductive tract, in a procedure called embryo transfer.

Chlamydia can also be transmitted by donor insemination, likely by direct transmission adherent to sperm, and is not always removed by centrifugation prior to insemination or intracytoplasmic sperm injection (ICSI). Sperm-Chlamydia interaction may be an unrecognized cause of fertilization failure during IVF, and if this is the case, then routine sperm testing prior to advanced reproductive procedures is warranted. 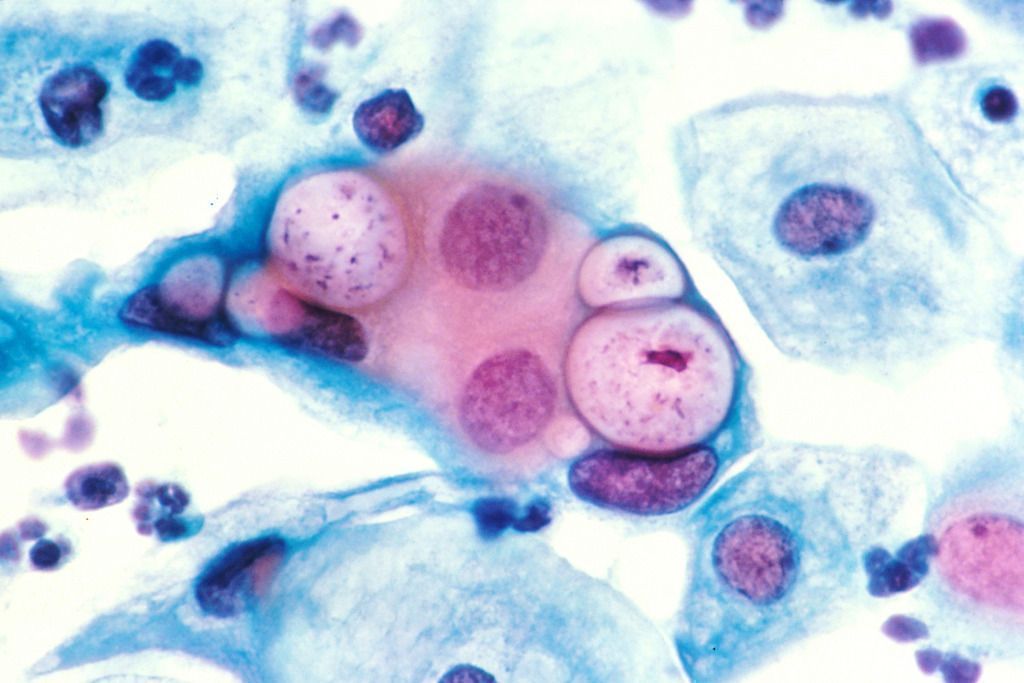 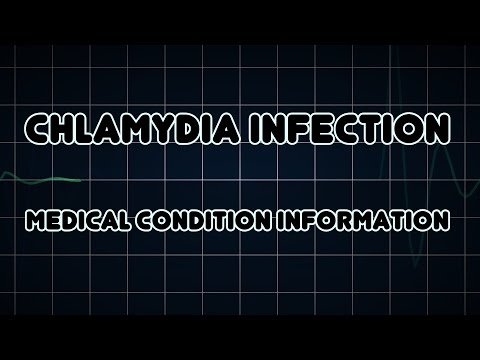 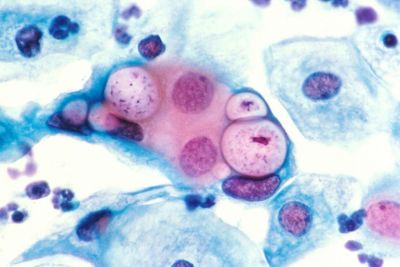 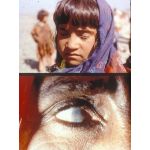 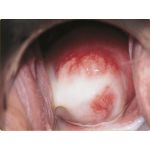 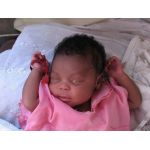 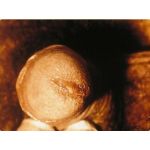