Congenital absence of the vas deferens

A condition in which the vasa deferentia reproductive organs, fail to form properly prior to birth.

About Congenital absence of the vas deferens

Congenital absence of the vas deferens (CAVD) means that the vasa deferentia (Pic. 1) which connect the sperm- producing testicles to the penise are not formed at birth. The vas deferens derives from the Wolffian (mesonephric) duct and shares a common origin with the kidney. Intrinsic Wolffian duct defects may result in failure of the vas deferens to develop, a condition that can occur in isolation or combined with renal agenesis (a medical condition in which one or both fetal kidneys fail to develop; URA) or malformations.

A missing vas, that is, unilateral absence of vas deferens, albeit relatively uncommon may be found by urologists performing vasectomies or evaluating men with fertility problems. Therefore, those who are missing both vas deferens are typically able to create sperm but are unable to transport them appropriately. Their semen does not contain sperm, a condition known as azoospermia. It may either be unilateral (CUAVD) or bilateral (CBAVD).

There are two main populations of CAVD; the larger group is associated with cystic fibrosis and occurs because of a mutation in the CFTR gene, while the smaller group (estimated between 10 and 40%) is associated with unilateral renal agenesis. The genetic basis of this second group is not well understood.

Cystic fibrosis (CF) is a genetic disorder that affects mostly the lungs but also the pancreas, liver, kidneys, and intestine (Pic. 2).

It causes the body to make thick, sticky mucus, which builds up in the lungs, the digestive system and other parts of the body. Long-term issues include difficulty breathing and coughing up mucus as a result of frequent lung infections. Other signs and symptoms include sinus infections, poor growth, fatty stool, clubbing of the fingers and toes, and infertility in males among others. Different people may have different degrees of symptoms.

CAVD is one of the most consistent features of cystic fibrosis as it affects 98-99% of individuals in this CF patient population. In contrast, acute or persistent respiratory symptoms present in only 51% of total CF patients.

There is no cure for cystic fibrosis. Inhaled antibiotics are used to keep bacteria from growing in the thick mucus. Inhaled salt-water helps keep the lungs moisturized.

Renal agenesis is a medical condition in which one (unilateral) or both (bilateral) fetal kidneys fail to develop. This absence of kidneys causes oligohydramnios, a deficiency of amniotic fluid in a pregnant woman, which can place extra pressure on the developing baby and cause further malformations.

Males are more commonly affected and most infants that are born alive do not live beyond four hours.

Unilateral renal agenesis is much more common, but is not usually of any major health consequence, as long as the other kidney is healthy.

Adults with unilateral renal agenesis have considerably higher chances of hypertension (high blood pressure). People with this condition are advised to approach contact sports with caution.

Cystic fibrosis is inherited, so it runs in families. Also it is most common in white people of Northern Europe ancestry.

The renal agenesis is frequently, but not always the result of a genetic disorder, and is more common in infants born to one or more parents with a malformed or absent kidney.

At least 97% of men with cystic fibrosis are infertile but not sterile, due to condition called obstructive azoospermia (OA), and can have children. Many azoospermic men maintain sperm production at varying levels within the testes. Although selected cases of OA may be surgically correctable, treatment options for most couples with azoospermia-related infertility will ultimately include assisted reproductive techniques (ART).

The main cause of infertility in men with cystic fibrosis is congenital absence of the vas deferens, but potentially also by other mechanisms such as causing no sperm, teratospermia (a condition characterized by the presence of sperm with abnormal shape), and few sperm with poor motility. This all lead to inability to produce sperms capable of fertilization.

Many men found to have congenital absence of the vas deferens during evaluation for infertility have a mild, previously undiagnosed form of CF.

If someone in family suffer from cystic fibrosis it is possible to undergo genetic testing before having babies.

Males can be infertile due to congenital absence of the vas deferens.

In case of bilateral renal agenesis, symtoms occure in utero during pregnancy. A deficiency of amniotic fluid in pregnant women is called oligohydramnion. An extra pressure on the developing baby can cause other malformations. Very often the child will not survive more than few days after delivery.

While not well supported by evidence, many people use airway clearance techniques such as chest physiotherapy in case of cystic fibrosis.

Both conditions (cystic fibrosis and renal agenesis) which are associated with congenital absence of vas deferens are not curable. There are several methods, which can cease the symptoms and help in future life. Pharmacotherapy helps to infections and inhalation drugs for better breathing can be helpful.

Surgical therapy is the option in very severe cases of lung and pancreatic damage.

There is no cure for cystic fibrosis. Lung infections are treated with antibiotics which may be given intravenously, inhaled, or by mouth. Inhaled hypertonic saline and salbutamol may also be useful. Pancreatic enzyme replacement and fat-soluble vitamin supplementation are important, especially in the young.

Although single lung transplantation is possible in other diseases, individuals with CF must have both lungs replaced because the remaining lung might contain bacteria that could infect the transplanted lung.

A pancreatic or liver transplant may be performed at the same time in order to alleviate liver disease and/or diabetes.

Gene therapy has been explored as a potential cure for CF. Results from clinical trials have shown limited success as of 2016, and using gene therapy as routine therapy is not suggested.

The focus of much CF gene therapy research is aimed at trying to place a normal copy of the CFTR gene into affected cells. Transferring the normal CFTR gene into the affected epithelium cells would result in the production of functional CFTR protein in all target cells, without adverse reactions or an inflammation response. The treatment has little effect.

Individuals with CAVD can reproduce with the assistance of modern technology with a combination of testicular sperm extraction and intracytoplasmic sperm injection (ICSI). Men who ejaculate no sperm require some form of surgical sperm retrieval to enable ICSI to take place. Epididymal sperm obtained by microsurgical aspiration (MESA) or percutaneous sperm aspiration (PESA) and testicular sperm obtained by surgical excision (TESE) or percutaneous aspiration (TESA) are used in ICSI treatment. Alternatively, the retrieved sperm can be cryopreserved for use in future sperm injection attempts. If all efforts to extract vital sperm cells fails, then donated ones may be recommended.

Couples who are pregnant or planning a pregnancy can have themselves tested for the CFTR gene mutations to determine the risk that their child will be born with cystic fibrosis. Testing is typically performed first on one or both parents and, if the risk of CF is high, testing on the fetus is performed. 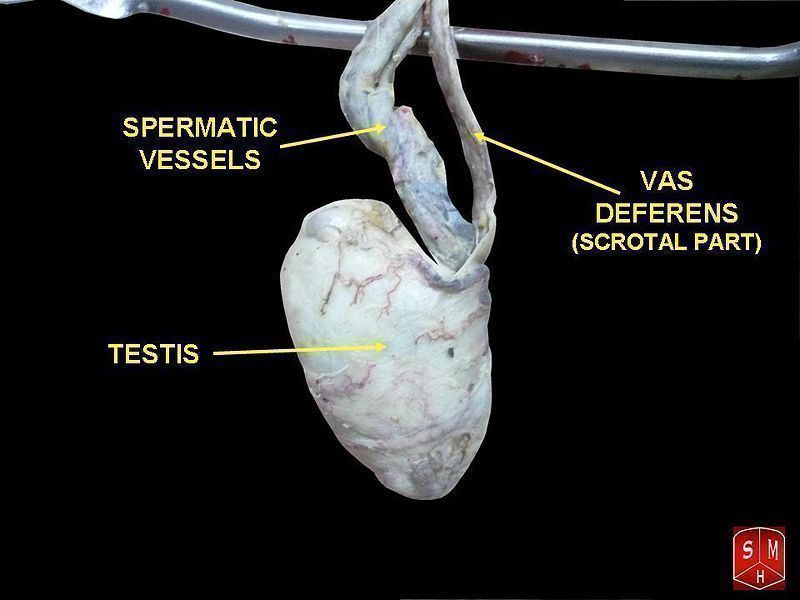 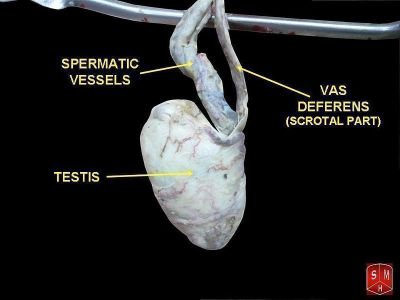 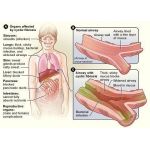