An endometrioma is the formation of a cyst within the ovary with ectopic (out-of-place) endometrial tissue lining. It is caused by endometriosis, and formed when a tiny patch of endometrial tissue (the mucous membrane that makes up the inner layer of the uterine wall) bleeds, sloughs off, becomes transplanted, and grows and enlarges inside the ovaries (Pic. 1). As the blood builds up over months and years, it turns brown. Endometriomas of the ovary (or chocolate cysts of the ovary) contain degraded blood products. The dark and gelatinous material in them is surrounded by fibrous wall of variable thickness (Pic. 2).

There are three theories for formation of endometriomas:

Endometrioma is one of the most common manifestations of endometriosis. Endometriosis is a benign, estrogen-dependent disease characterized by endometrial tissue located outside the uterus. The main pathological processes associated with endometriosis are peritoneal inflammation and fibrosis (scarring) and the formation of adhesions (fibrous tissue patches, attaching structures together) and endometriomas (benign ovarian cysts). Endometriosis is linked to pelvic pain, though it is sometimes completely asymptomatic, and infertility. While in itself a benign lesion, endometriosis shares several characteristics with invasive cancer, has been shown to undergo malignant transformation, and has been associated with an increased risk of epithelial ovarian carcinoma (EOC). This is particularly true for women with endometrioid and clear cell ovarian carcinoma. As mentioned previously, endometriosis is defined as the occurrence of endometrial tissue outside of the uterus, often on the surface of the ovaries and the pelvic peritoneum. Repetitive hemorrhage and the accumulation of heme and free iron within endometriotic lesions are believed to play a pivotal role in the development of ovarian carcinoma through the formation of reactive oxygen species (ROS).

Diagnosis should be predominantly based on the characteristics of the pain, combined with imaging methods such as ultrasound (Pic. 3) and magnetic resonance imaging (MRI), although the gold standard is laparoscopic visualization and confirmation through biopsy. Although ultrasound has limited role in detection of superficial implants, it is useful in the diagnosis and treatment of endometriomas. The sensitivity and specificity of diagnosis via ultrasound are 73% and 94%, respectively. MRI provides a good alternative with high specificity and sensitivity for detecting deep infiltrating endometriosis as well as endometriomas.

Treatment for endometriosis can be medical or surgical. Commonly used medication includes pain-relieving drugs (such as non-steroidal anti-inflammatory drugs, NSAIDs) and hormonally active agents. The goal of hormonal therapy (hormonal contraception, progestational agents or gonadotropin-releasing hormone agonists) is to achieve an anovulatory state, in which the endometrioma doesn´t undergo cyclical changes. Surgical removal of an endometrioma is possible either by laparoscopic cystectomy (excision of the endometrial cyst while preserving the ovary), or radical interventions such as oophorectomy (removal of the ovary).

Associated diseases
Complications
Ovarian insufficiency
Various studies have demonstrated that endometriomas can negatively affect the rate of spontaneous ovulation as well as reducing the amount of follicular number and activity in the adjacent ovarian tissues.
Rupture
Endometriomas can result in hemoperitoneum (presence of blood in the peritoneal cavity) in the setting of rupture. Interestingly, however, when followed over the course of pregnancy, most endometriomas are found to shrink in size and many even regress in the setting of hormonal changes of pregnancy.

Endometriosis is one of the most common causes of infertility and is diagnosed in 25–40% of infertile women, although the mechanisms by which endometriosis impairs fertility remain largely unknown. The mechanism by which these endometriotic cysts lead to infertility may be related to mechanical stretching of the ovarian cortex as well as an inflammatory reaction with cytotoxic oxidative stress (presence of extremely reactive molecules, harmful to cells and tissues) and increased fibrosis.

Endometriosis, even in a mild stage, because of its poor receptivity, might have a direct negative effect on the oocyte quality, the potential for embryonic development and implantation. The density of follicles in ovarian tissue from the endometrioma bed is approximately one- to two-thirds of that adjacent to a non-endometriotic cyst in women younger than 35 years.

It remains, however, to be shown whether a biopsy from the ovarian wall after cystectomy (excision of the endometrial cyst) is sufficient for evaluating the extent of metaplasia (change of tissue type), vascular sclerosis (loss of blood supply) and loss of follicles in the endometrioma bed. Cystectomy of the pseudocyst wall not only will remove these remaining primordial follicles aggressively, but extensive coagulation for haemostasis following cystectomy may damage the blood supply towards the affected ovary irreversibly, resulting in a permanent unresponsiveness of that ovary to endo- or exogenous hormonal stimulation, i.e. in premature ovarian failure.

The goal of proactive management of cystic ovarian endometiroma is to ablate the endometrial tissue from the endometrioma before devascularisation and follicle loss in the endometrioma bed have occurred. Therefore the present generalised delay in diagnosis needs to be corrected through early diagnosis in adolescent or young women with chronic pelvic pain.

An endometrioma cannot be prevented completely, because its cause is not fully known. However, there are several ways to lower the risk of becoming affected. Regular physical exercise and lowering the amount of body fat is beneficial because it lowers the production of estrogen in fat cells. On the other hand, avoidance of strenuous exercise during menstruation was identified as a preventive factor of endometriosis. This may be attributed to the theory of endometrioma formation by retrograde menstrual flow (menstrual blood flowing in the opposite direction, i.e. into the fallopian tubes) and implanting residues of endometrial tissue.

Regular physical exercise seems to have protective effects against diseases that involve inflammatory processes since it induces an increase in the systemic levels of cytokines (tissue-produced signalling mollecules) with anti-inflammatory properties. In addition, regular physical exercise is associated with a cumulative effect of reduction of menstrual flow, of ovarian stimulation and of the action of estrogen (the primary female sex hormone). On this basis, it is possible that the practice of physical exercise has beneficial effects on endometriosis.

Endometriomas can be treated by pharmacotherapy or surgery. Because endometriosis is a chronic disease, medical (pharmacological) therapy should be, at least in theory, the first choice of treatment, while surgical procedures should be reserved for patients who do not respond to conservative treatments and whose symptoms affect their quality of life or cause infertility. The aim of medical therapy is to achieve a hypoestrogenic status (a condition of low levels of estrogen, the primary female sex hormone) or to induce a pseudopregnancy (a condition of the body, mimicking physiological signs of a pregnancy – e.g. during the use of hormonal contraception). Endometriosis implants can be regressively changed by means of suppression of ovarian function. Medical therapy can be also applied prior to surgery to decrease the size of endometriotic implants and the extent of the operation. Surgery's aim is to remove macroscopic endometriosis implants, the adhesions, and restore normal pelvic anatomy.

Laparoscopic surgical approaches include excision of ovarian adhesions (fibrous attachments to surrounding structures) and of endometriomas (Pic. 4). Endometriomas frequently require surgical removal and excision is considered to be far superior in terms of permanent removal of the disease and pain relief. Laparoscopic excision of an endometrioma is associated with a decrease in symptoms of dysmenorrhea, dyspareunia, and nonmenstrual pelvic pain. Paradoxically, surgical resection of these cysts has been shown to further decrease ovarian reserve (the remaining amount of viable oocytes capable of ovulation).

If conservative medical treatments fail to achieve a pregnancy, the physician may suggest the patient to use the methods of assisted reproduction (ART).

Assisted reproductive technology is the technology used to achieve pregnancy in procedures such as fertility medication, artificial insemination, in vitro fertilization and surrogacy. It is reproductive technology used primarily for infertility treatments, and is also known as fertility treatment. It mainly belongs to the field of reproductive endocrinology and infertility, and may also include intracytoplasmic sperm injection (ICSI) and cryopreservation. Some forms of ART are also used with regard to fertile couples for genetic reasons (preimplantation genetic diagnosis). ART is also used for couples who are discordant for certain communicable diseases; for example, HIV to reduce the risk of infection when a pregnancy is desired.

IVF and ART generally start with stimulating the ovaries to increase egg production. Most fertility medications are agents that stimulate the development of follicles in the ovary. Examples are gonadotropins and gonadotropin releasing hormone. After stimulation, the physician surgically extracts one or more eggs from the ovary, and unites them with sperm in a laboratory setting, with the intent of producing one or more embryos. Fertilization takes place outside the body, and the fertilized egg is reinserted into the woman's reproductive tract, in a procedure called embryo transfer.
Among women with older reproductive age, with history of repetitive abortions or genetic disorders, genetic analysis is highly recommended. The PGS/PGD allows studying the DNA of eggs or embryos to select those that carry certain damaging characteristics. It is useful when there are previous chromosomal or genetic disorders in the family, within the context of in vitro fertilization programs. The rate of success for IVF is correlated with a woman’s age. More than 40 percent of women under 35 succeed in giving birth following IVF, but the rate drops to a little over 10 percent in women over 40. 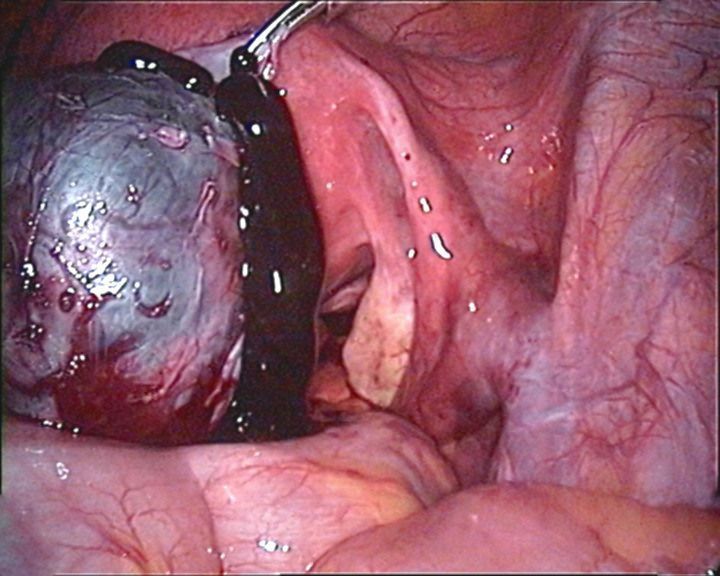 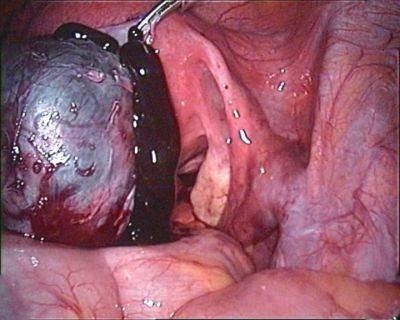 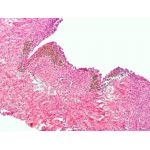 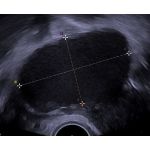 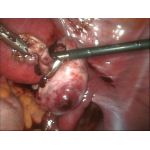