An inflammation of the inner uterine lining that could interfere with conception and pregnancy outcomes.

Endometritis is defined as inflammation of the inner uterine lining (endometrium), grouped in various typologies (Pic. 1), depending on the underlying causality. Endometritis diminishes the success rates of both spontaneous conception and in vitro fertilization (IVF) cycles and could be responsible for obstetric complications.

Endometritis is generally caused by infection:

Endometritis of chemical–mechanical origin, on the other hand, is generally caused by the presence of pessaries or intrauterine devices (IUD).

Endometritis may present in acute or chronic forms.

The acute form is principally a transitional phase of short duration generally arising due to the persistence of placental or abortive residues, or in combination with pelvic inflammatory disease, or with inflammatory conditions of bacterial/viral etiology elsewhere in the urogenital tract.

Chronic inflammation may follow the acute stage - which is the most frequently seen - or it may occur more subtly, as chronic inflammation ‘ab initio’, without passing through an acute stage. Chronic endometritis (Pic. 2) is characterized by the presence of plasma cells in the stroma. The most common organisms are Chlamydia trachomatis (chlamydia), Neisseria gonorrhoeae (gonorrhea), Streptococcus agalactiae (Group B Streptococcus), Mycoplasma hominis, tuberculosis, and various viruses. Most of these agents are capable of causing chronic pelvic inflammatory disease (PID). Patients suffering from chronic endometritis may have an underlying cancer of the cervix or endometrium (although infectious cause is more common).

The symptoms vary from overt forms. The typical presentation is with fever, tenderness in the pelvic region and unpleasant-smelling vaginal discharge after the birth.

A hysteroscopy (inspection of the uterine cavity by endoscope; Pic. 3), performed in the proliferative phase of the menstrual cycle (ovarian follicles develop and mature in preparation for ovulation), allows to identify the signs of endometrial inflammation. The outcome for patients with endometritis is generally very good if gets prompt treatment, which include antibiotics. However, the potential development of endometritis, if left untreated, leads to infertility or septic shock.

Cervicitis is an inflammation of cervix, the lower and narrow end of the uterus that opens into the vagina. Cervicitis may ascend and cause endometritis and pelvic inflammatory disease (PID). The condition is accompanied with changes in vaginal pH, thus, it is more difficult for semen to swim into the uterine to then meet the egg in fallopian tube.

Pelvic inflammatory disease (PID) is an inflammatory process elicited by the migration of pathogenic microorganisms from the lower to upper genital tract. It could be a result of cervicitis and/or endometriosis (uterine inner lining grows outside the uterus), if left untreated. A history of pelvic inflammatory disease suggests the possibility of tubal damage. PID is unquestionably the major cause of tubal factor infertility and ectopic pregnancies. If fallopian tubes are affected, the transport of sperm toward egg is disrupted.

It has also been described in cases of postpartum endometritis secondary to herpes simplex virus (HSV) and cytomegalovirus (CMV) infections, particularly in patients with human immunodeficiency virus (HIV).

Endometritis is the most common cause of sepsis after delivery (postpartum endometritis; PE). The likelihood of postpartum endometritis development after cesarean section increases by 5-10 times compared with spontaneous labor and its frequency has no tendency to decrease. The urgency of PE problem is determined not only by its high prevalence, economic losses, but its possible complications (uterine suture failure and generalization of infection as well).

Pyometra describes an accumulation of pus in the uterine cavity. In order for pyometra to develop, there must be both an infection and blockage of cervix via a stenotic cervix (pathologic narrowing of the uterine cervix). Signs and symptoms include lower abdominal pain (suprapubic), rigors, fever, and the discharge of pus on introduction of a sound into the uterus. Pyometra is treated with antibiotics, according to culture and sensitivity.

Sepsis (whole body inflammation) is a life-threatening condition that arises when the body's response to infection causes injury to its own tissues and organs. Common signs and symptoms include fever, increased heart rate, increased breathing rate, and confusion. Septicemia can be the cause of sepsis, which is a severe infection that can get worse very quickly. Sepsis can lead to septic shock, which is a life-threatening emergency.

In some cases, endometritis can be associated with infertility. Endometrial inflammation seems to interfere with the physiological mechanisms of oocyte fertilization and embryonic implantation. The relationship between chronic endometritis and infertility-related conditions such as repeated implantation failure (RIF) and recurrent miscarriage has recently emerged as an area of inquiry.

In conclusion, untreated chronic endometritis seems to diminish the success rates of both spontaneous conception and IVF cycles, as well as to contribute to adverse obstetrical outcomes, as intrauterine infections, preterm delivery, and postpartum endometritis.

However, the exact mechanisms by which chronic endometritis can lead to a compromised fertility are not yet fully understood and are still the subject of numerous studies.

In the case of endometritis caused by sexually transmitted disease, practicing safe sex may reduce the risk of inflammation. Also, getting routine screening is recommended.

Development of endometritis should be prevented by using sterile equipment and techniques during delivery or surgery.

Symptomatic endometritis may include:

Chronic endometritis is often clinically silent. Therefore, it is impossible to accurately determine its true prevalence in the general population.

The therapy for endometritis is pharmacological and is based on the administration of broad-spectrum antibiotics. Surgical intervention are not the treatment of option in endometritis.

Generally, the drug of choice is doxycycline, administered in doses of 100 mg every 12 hours for 14 days, or alternatively, the administration of cephalosporins, macrolides, or quinolones is possible.

It is preferable for the partner to also undergo the same antibiotic treatment.

Where antibiotic therapy fails and/or where the presence of endometritis persists, an endometrial culture with a relative antibiogram should be considered and an appropriate antibiotic treatment must be prescribed.

In case of persistence of signs of chronic endometritis at subsequent hysteroscopy, the protocol can be repeated up to three times. In the presence of confirmed tuberculous endometritis, the patient should be given a specific antibiotic therapy for tuberculosis (isoniazid, ethambutol, rifampicin, and pyrazinamide for 2 months, followed by isoniazid and rifampicin for another 4 months).

If conservative medical treatments fail to achieve a full term pregnancy, the physician may suggest the patient undergo in vitro fertilization (IVF). IVF and assisted reproductive technology (ART) generally start with stimulating the ovaries to increase egg production. Most fertility medications are agents that stimulate the development of follicles in the ovary. Examples are gonadotropins and gonadotropin releasing hormone (GnRH). After stimulation, the physician surgically extracts one or more eggs from the ovary, and unites them with sperm in a laboratory setting, with the intent of producing one or more embryos. Fertilization takes place outside the body, and the fertilized egg is reinserted into the woman's reproductive tract, in a procedure called embryo transfer. 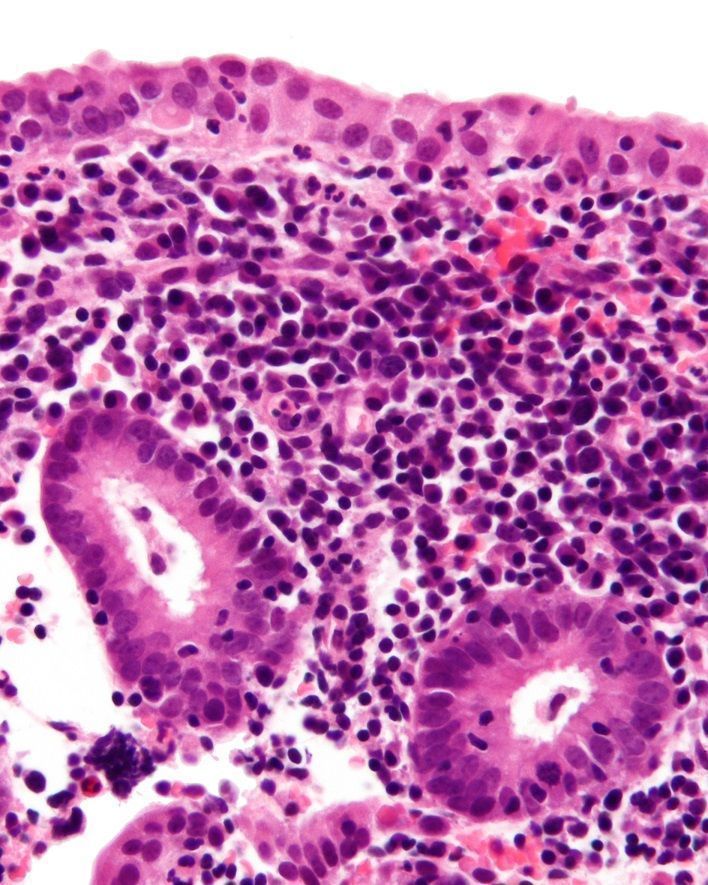 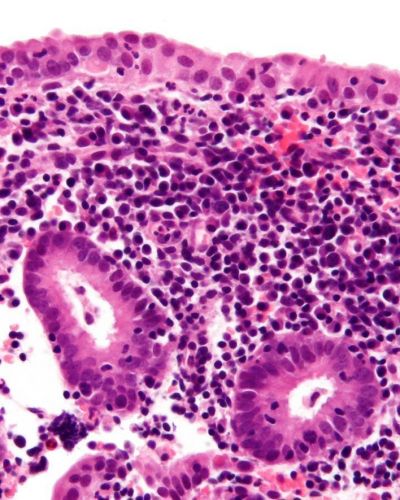 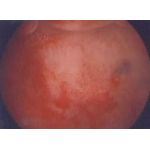 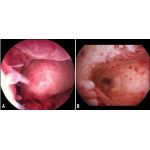