Persistent, recurrent problems with sexual response, desire, orgasm or pain which may cause fertility problems.

Female sexual dysfunction is multifactorial condition likely to be associated with numerous anatomical, physiological and psychological factors and likely to affect woman’s self- confidence, quality of life, mental status and relationships.

A sexual dysfunction is described when:

Among women, sexual dysfunction can be divided into three categories:

Low sexual desire is defined as the diminished libido, or lack of sex drive. Sexual arousal disorder is defined when women desire for sex might be intact, but women have difficulty or are unable to become aroused or maintain arousal during sexual activity.

Sexual desire disorder is the most frequent complaint among women with sexual problems. Obstetricians and gynecologists should stress the fact that a creative and romantic dyadic (between two parties) relationship motivates couples to engage in sexual relations and correlates with sexual satisfaction. However, long-term relationships may reduce the spontaneous sexual desire and sexual thoughts in women.

The management of women with sexual desire/arousal dysfunction must take into account that this disorder may arise from organic and/or psychical factors (Pic. 1).

Anorgasmia can occur after prolapse and urinary incontinence, and after surgical treatment due to alteration in sensitivity of the distal posterior and distal anterior parts of the vaginal wall. Moreover, predictors of orgasmic difficulty in women within the context of a partnered sexual experience include arousal issues, levels of distress, and latency to orgasm.

Genitopelvic/penetration pain is described if pain occurs in the genital or pelvic area during vaginal intercourse or attempts at penetration. Sexual pain disorders may have a biological (e.g. vulvovaginal infections, dermatoses, hormonal, vascular, neurological, or iatrogenic), psychosexual and functional (pelvic floor hypertonicity) component. Context-related factors may contribute to this. A multisystemic, multidisciplinary approach is advised when treating female sexual pain, with attention to mucous membrane, pelvic floor experience of pain, sexual and relationship functioning, and psychosocial adjustment/sexual abuse.

Various validated instruments for the diagnosis of sexual dysfunction are available, and can help physicians identify it. However, most instruments are complex and designed to be applied by professionals with expertise in the area of sexuality, for specific situations, time or post treatment controls.

Sexual problems are more common among infertile couples and are reported to be between 5 and 55 percent. Sexual dysfunctions can be the cause of infertility or the result of it.

Cardiovascular disease, dyslipidemia (abnormal amount of lipids in the blood), or diabetes mellitus may be considered as early symptoms of the underlying disease, in which case the diagnosis serves as sentinel complementary actions.

Sexual activity is important to the overall health and well-being of an individual. Sexual dysfunction leads to negative effects on interpersonal and social relationships, and on the well-being and the quality of life of women. Numerous clinical, psychological and social conditions may affect this important aspect of life, and patients may report full recovery only if normal sexual activities are restored. Female sexuality and sexual relations also depend heavily on the mores of each era and society.

Drugs, depression, surgery and trauma in the pelvic region are factors that are frequently associated with sexual difficulties in women. Sexual abuse may have physical and emotional implications for women, who are at high risk for depression, anxiety, worries, loneliness, low quality of life, as well as sexual problems. The interventions in these cases may require an interdisciplinary approach.

Relationship between sexual dysfunctions and infertility can be mutual. Infertility can be the result of sexual problems itself, also having a desirable sexual relationship may increase fertility. It seems like orgasm might help a woman conceive, but it does not seem to matter.

Teaching to understand of one's body and of sexual functioning, emphasize the importance and normalcy of sexuality is critical to avoiding the guilt and fear that sometimes result in sexual dysfunction.

The first prevention technique is to understand any side effects caused by the medications currently taking. Also, avoid alcohol and drug abuse that can lessen sexual desire or impair your sexual response is recommended.

Female orgasmic disorder is defined as the presence of either of the following symptoms and experienced on almost all or all (75 - 100%) occasions of sexual activity:

This disorder is defined as persistent or recurrent difficulties with one (or more) of the following:

Treatment should focus on providing specific information regarding desire and variations with age, relationship duration, lifestyle changes or the female sexual response cycle, including motivations for sexual intimacy. Techniques that encourage focusing on awareness of genital response, including cognitive therapy, behavioral and mindfulness exercises, have been shown to improve arousal.

Treatment of female sexual dysfunction depends on the form of disease.

Pharmacotherapy use is limited. Decreased androgen (male sex hormones) levels do not correlate well with decreased desire. However, testosterone (300 ug daily) administered transdermally has been shown to benefit sexual desire in oestrogen-repleted, naturally and surgically postmenopausal women. Topical and systemic oestrogen (female sexual hormone) improves vaginal lubrication for vaginal atrophy. In postmenopausal women, tibolone, that mimicks the activity of the female sex hormones, has been associated with significant increases in sexual desire and arousal compared with placebo.

The use of testosterone as well as tibolone may improve orgasm domains. Hormone treatments for postmenopausal women may be indicated, with more research recommended in women with FOD as a primary complaint.

Vestibulectomy is a surgical procedure that is used to treat painful intercourse. The procedure is recommended as a last resort when distinct mucosal (mucus lubricates and protects the vaginal tissue) involvement occurs.

The surgery takes place below the urinary meatus, down to the border of the perineal area and includes the fourchette. Incisions are made on each side adjacent and parallel to the labia minora. The structures removed are the hymen, mucous membrane, Bartholin glands ducts and minor vestibular glands. In some surgeries, the amount of tissue removed is not so extensive. Vaginal mucosa tissue remains attached and then is pulled downward to cover the area where tissue was removed. This surgery is also used to treat lichen sclerosus. The complete surgery removes the entire lateral hymenal tissues to the lateral vestibular walls at Hart’s line, and involves removal of the entire posterior fourchette from the posterior hymenal remnants down to the perineum" which barring complications, enables the entire procedure to be over within an hour.

Preventive hygiene measures are encouraged (e.g. avoiding soaps/douches, nylon underwear and, if an irritant, vulvar contact with semen). Sitz baths may help to reduce inflammation and symptoms. While pain is present, avoidance of penetration during sexual activity may be advised to break the cycle of avoidance and catastrophism. Counselling regarding restarting of the sexual relationship is recommended.

If conservative medical treatments fail to achieve a full term pregnancy, the physician may suggest the patient undergo in vitro fertilization (IVF). IVF and assisted reproductive techniques (ART) generally start with stimulating the ovaries to increase egg production. Most fertility medications are agents that stimulate the development of follicles in the ovary. Examples are gonadotropins and gonadotropin releasing hormone. After stimulation, the physician surgically extracts one or more eggs from the ovary, and unites them with sperm in a laboratory setting, with the intent of producing one or more embryos. Fertilization takes place outside the body, and the fertilized egg is reinserted into the woman's reproductive tract, in a procedure called embryo transfer.

Among women with older reproductive age, with history of repetitive abortions or genetic disorders, genetic analysis is highly recommended. The preimplantation genetic screening (PGS)/preimplantation genetic diagnosis (PGD) allows studying the DNA of eggs or embryos to select those that carry certain damaging characteristics. It is useful when there are previous chromosomal or genetic disorders in the family, within the context of in vitro fertilization programs. 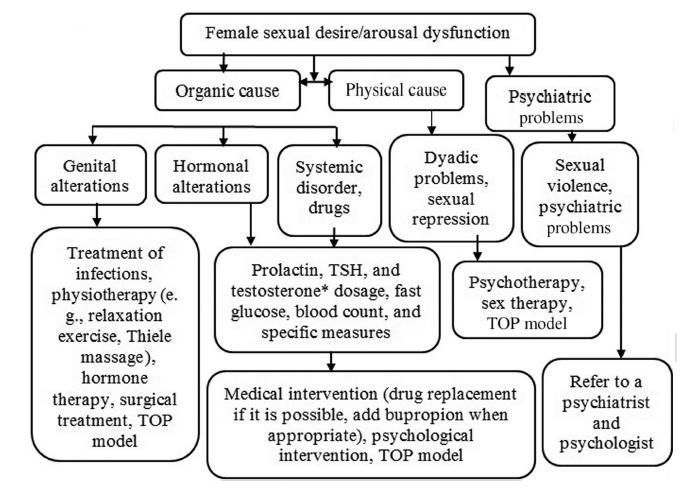 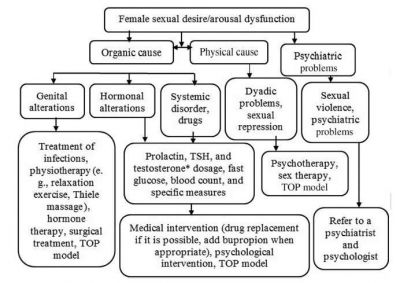