Globozoospermia is a condition characterized by the presence of abnormal round-headed sperm cells that lack an acrosome (an organelle overlying the head of the sperm, which is essential for the fertilization of an egg). It usually results in infertility or severely reduced fertility, but represents only a rare cause of male infertility (accounting for approx. 0,1% of cases).

In healthy males, sperm cells have oval-shaped heads, with significant portion of the head’s surface covered by a membrane-bound vesicle called the acrosome (Pic. 1). The acrosome contains enzymes needed to break down the protective outer layer of an egg cell and to allow the sperm cell to fertilize the egg. In globozoospermic patients, the acrosome is either missing or is severely underdeveloped, the sperm cells‘ heads have a round shape, with the nuclear membrane and the midpiece of the sperm cells also being abnormal. This leads to inability of the sperm cells to effectively penetrate the outer layer of the egg cell (called zona pellucida, Pic. 2) and fertilize the egg. As such, globozoospermia represents a form of the condition teratozoospermia, presence of sperm with abnormal morphology.

Globozoospermia is believed to be a genetic condition, caused by a mutation in a certain gene that is crucial for spermatogenesis, the process of healthy sperm development. About 70% of men with this condition have a mutation in the DPY19L2 gene. This gene encodes a protein that is involved in the elongation of nucleus (giving the head of the sperm cell its oval shape) and in the development of the acrosome. Other less frequent mutations have also been identified.

Globozoospermia is usually identified by standard semen analysis using optical microscopy, the abnormal morphology of the sperm cells is usually clearly visible. Apart from that, affected individuals usually exhibit no other physical symptoms or traits that would suggest the presence of this condition.

Currently, there are no new treatment options for globozoospermia. The affected males may benefit from using the methods of assisted reproduction, with reports of pregnancies following the use of ICSI (intracytoplasmic sperm injection, Pic. 3).

No diseases have been identified to have a constant association with globozoospermia.

Globozoospermia usually leads to male infertility or severely reduced fertility. This is caused by the inability of round-headed, acrosome-lacking sperm to penetrate the protective outer layers of the egg cell. However, affected males may benefit from the use of assisted reproduction (see below).

As globozoospermia is a genetically determined condition, no effective methods of prevention are available.

Although there are no methods that would effectively improve the morphological defect in the sperm cells, additional measures might be taken to ensure there is minimal or no additional damage done to the sperm cells. These include eliminating known sources of oxidative stress (damage from excessive amount of highly reactive oxygen compounds) that damages the sperm cells, such as smoking, eating an unsaturated fat-rich diet and excessive drinking. On the other hand, regular physical exercise, sufficient amounts of sleep and a diet rich in fibre have shown a beneficial effect on the sperm cells‘ quality.

Currently, there are no conventional treatment options for globozoospermia.

Globozoospermic patients may achieve a pregnancy using the methods of assisted reproduction technology (ART). Assisted reproductive technology is the technology used to achieve pregnancy in procedures such as fertility medication, artificial insemination, in vitro fertilization and surrogacy. It is a reproductive technology used primarily for infertility treatments, and is also known as fertility treatment. It mainly belongs to the field of reproductive endocrinology and infertility, and may also include intracytoplasmic sperm injection (ICSI) and cryopreservation (preservation by cooling to very low temperatures). Some forms of ART are also used with regard to fertile couples for genetic reasons (preimplantation genetic diagnosis).

As the sperm of globozoospermic patients are unable to penetrate the outer layer of the egg cell and fertilize it, the method of choice is ICSI. Epididymal sperm obtained by microsurgical aspiration (MESA) or percutaneous sperm aspiration (PESA) and testicular sperm obtained by surgical excision (TESE) or percutaneous aspiration (TESA) are used in ICSI treatment. Alternatively, the retrieved sperm can be cryopreserved for use in future sperm injection attempts. If all efforts to extract vital sperm cells fails, then donated ones may be recommended.

It has been observed that ICSI coupled with oocyte activation is more likely to result in a pregnancy than ICSI alone. Although the sperm cells of globozoospermic males may have higher DNA fragmentation rate and increased aneuploidy (the condition of abnormal amount of chromosomes in a cell) rate, no increased rate of spontaneous abortions of congenital anomalies has beenobserved in pregnancies achieved with ICSI.

An autoimmune disorder characterized by intolerance to gluten.

Type of inflammatory bowel disease (IBD) that may affect any part of the gastrointestinal tract from mouth to anus.

The toxic effect of certain metals in certain forms and doses on life. 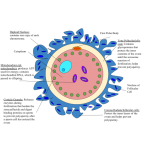 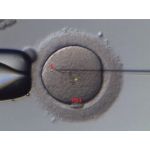