A sexually transmitted infection caused by the bacterium Neisseria gonorrhoeae.

Among children it has been noted to spread through methods other than sex such as through contaminated objects. These objects have included baths, clothing, and towels. This however is very uncommon. The bacteria typically does not survive outside the body and usually will rapidly die within minutes to hours.

Half of women with gonorrhea do not have symptoms, whereas others have vaginal discharge, lower abdominal pain, or pain with sexual intercourse associated with inflammation of the uterine cervix. Most infected men with symptoms have inflammation of the penile urethra associated with a burning sensation during urination and discharge from the penis. In men, discharge with or without burning occurs in half of all cases and is the most common symptom of the infection.

Men and women can acquire gonorrhea of the throat from performing oral sex on an infected partner, usually a male partner. Such infection does not produce symptoms in 90% of cases, and produces a sore throat in the remaining 10%. In advanced cases, gonorrhea may cause a general feeling of tiredness similar to other infections. It is also possible for an individual to have an allergic reaction to the bacteria, in which case any appearing symptoms will be greatly intensified.

Previous infection does not confer immunity, and a person who has been infected can become infected again by exposure to someone who is infected, whether or not that person has any infectious signs or symptoms of their own.

Several types of diagnostic tests are used to detect gonorrhoea infection. Specimens of discharge from the cervix, urethra and anus should be taken for culture from the symptomatic patients. A stain of purulent urethra exudates may demonstrate diplococci in leucocytes (Pic. 3). However, newer polymerase chain reaction (PCR)-based testing methods are becoming more common. Any patient with gonorrhoea must be suspected of having other STDs such as chlamydia, syphilis, and human immunodeficiency virus (HIV) and managed accordingly.

Gonorrhea treatment can be achieved through a positive rapid diagnostics, followed by the administration of antibiotics in adolescents and adults. However, drug-resistant strains of the bacterium has recently awakened public health bodies on the area of finding an alternative drugs for the treatment of the disease.

Gonorrhea if left untreated may last for weeks or months with higher risks of complications. One of the complications of gonorrhea is systemic dissemination (the act of spreading widely) resulting in skin pustules (Pic. 4) or petechia (a small red or purple spot on the skin), septic arthritis (results from the presence of microbial agents in a joint space), meningitis (an acute inflammation of the protective membranes covering the brain and spinal cord), or endocarditis (an inflammation of the inner layer of the heart).

Other complications include inflammation of the tissue surrounding the liver, a rare complication associated with Fitz-Hugh–Curtis syndrome (a rare complication of pelvic inflammatory disease involving liver capsule inflammation); septic arthritis in the fingers, wrists, toes, and ankles; septic abortion (a spontaneous miscarriage or therapeutic abortion complicated by a pelvic infection); chorioamnionitis (an inflammation of the fetal membranes) during pregnancy; neonatal or adult blindness from conjunctivitis (an inflammation of the outermost layer of the white part of the eye and the inner surface of the eyelid); and infertility. Men who have had a gonorrhea infection have an increased risk of getting prostate cancer.

Gonorrhea in pregnancy may be associated with a higher risk of prematurity (refers to the broad category of neonates born at less than 37 weeks' gestation), premature rupture of membranes, fetal losses, delayed intra-uterine growth, and fever in the puerperium. Postpartum bartholinitis (a disease characterized by the development of the inflammatory process in the Bartholin gland), peri-hepatitis (inflammation of the serous or peritoneal coating of the liver), arthritis (any disorder that affects joints), endocartitis and endometritis (an inflammatory condition of the the lining of the uterus) may occur. About 25% of women with gonorrhea or Chlamydia become infertile.

Newborn babies coming through the birth canal are given erythromycin ointment (an antibiotic eye ointment medicine that treats eye infections) in the eyes to prevent blindness from infection. Adults may also have eyes infected with gonorrhoea and require proper personal hygiene and medications.

Infection of the genitals in females with Neusseria gonorrhoeae can result in pelvic inflammatory disease if left untreated, which can result in infertility. Infertility is a risk to 10 to 20% of the females infected with N. gonorrhoeae. Pelvic inflammatory disease results if N. gonorrhoeae travels into the pelvic peritoneum (via the cervix, endometrium and fallopian tubes). Infertility is caused by inflammation and scarring of the fallopian tube. The egg is trapped in scar tissue of fallopian tube and it is not able to go through the tube, where the fertilization takes part. Without egg to be fertilized, the pregnancy is not possible.

In men, gonorrhea may cause painful testicles or infertility by blockage of the epididimis or tubes. The sperms are no able to go throught the genitourinary tract which leads to condition called obstructive azoospermia (OA). In ejaculate there are no sperms, so the pregnancy will not occure.

As with most sexually transmitted diseases, the risk of infection can be reduced significantly by the correct use of condoms and can be removed almost entirely by limiting sexual activities to a mutually monogamous relationship with an uninfected person.
Those previously infected are encouraged to return for follow up care to make sure that the infection has been eliminated. Sexual partner should also be checked.

The United States Preventive Services Task Force (USPSTF) recommends screening for gonorrhea in women at increased risk of infection, which includes all sexually active women younger than 25 years. Extragenital gonorrhea is highest in men who have sex with men.

Screening for gonorrhea in women who are (or intend to become) pregnant, and who are found to be at high risk for sexually transmitted diseases, is recommended as part of prenatal care.

Some of the symptoms of gonorrhoea include the following:

Some people do not know they have the infection because they may have no symptoms. If symptoms do occur, they usually develop a few days or around a week after the bacteria have been introduced into the genital area while having sex with someone who has gonorrhoea. Rarely, gonorrhea may cause skin lesions and joint infection (pain and swelling in the joints) after traveling through the blood stream. Very rarely it may settle in the heart causing endocarditis or in the spinal column causing meningitis (both are more likely among individuals with suppressed immune systems, however).

There is no alternative or self therapy for this condition.

Treatment of Neisseria gonorrhoeae infection is empirical and based on population-wide susceptibilities. Increasing antimicrobial resistance underscores the potential importance of rapid diagnostic tests, including sequence-based tests, to guide therapy.

Surgical therapy takes part in cases of complications such as obstruction of genitourinary tract.

Since N. gonorrhoeae is resistant to the penicillin family of antibiotics, ceftriaxone (a third-generation cephalosporin) is often used.

Surgical therapy is used in cases of severe complications, which leads to the obstruction of genitourinary tract. Different approaches are chosen depending on the sex.

Vasovasostomy is a surgery when the vas is literally connected to the remaining vas after the extraction of blocked part. In most cases the vas deferens (a tiny muscular tube in the male reproductive system that carries sperm from the epididymis to the ejaculatory duct) can be reattached but, in many cases, fertility is not achieved.

Return of sperm to the ejaculate depends greatly on the length of time from the vasectomy and the skill of the surgeon.

Generally, the shorter the interval, the higher the chance of success.

This surgery is used when a vasovasostomy won't work because sperm flow is blocked.

If surgical therapy is warranted, the actual trend is toward conservation of reproductive potential with easy drainage, adhesiolysis (a treatment used to break up and eliminate scar tissue), and copious irrigation (the steady flow of a solution across an open wound surface to achieve wound hydration) or unilateral adnexectomy (excision of the uterine tube and ovary on one side).

In younger women with mild distal tubal occlusive disease, laparoscopic surgery may be viewed as an alternative to in vitro fertilitzation (IVF), but when the disease is severe or pregnancy does not occur during the first postoperative year, IVF is the logical choice.

For older women with any significant degree of distal tubal disease (blockage occurs only at the distal end of fallopin tube), IVF is generally the first and best option because cycle fecundability after distal tubal surgery is low (1% to 2%), time is limited, and IVF is both more efficient and more effective.

In severe cases of gonorrhoea infection the desase can leads to obstruction of genitourinary tract called obstructive azoospermia (OA). Although selected cases of OA may be surgically correctable, treatment options for most couples with azoospermia-related infertility will ultimately include assisted reproductive techniques, which is a broad term used to define any procedure that involves handling of both sperm and oocytes outside the body, such as in vitro fertilization (IVF) and its variant, intracytoplasmic sperm injection (ICSI). To this end, several sperm retrieval methods have been developed to collect epididymal and testicular sperm to be used in conjunction with ART for men with azoospermia. Briefly, either percutaneous (PESA) or microsurgical epidi-dymal sperm aspiration (MESA) are used to retrieve sperm from the epididymis in men with obstructive azoospermia, and testicular sperm aspiration (TESA) or testicular sperm extraction (TESE) are used to retrieve sperm from the testes both in men with OA who fail PESA.

Although these treatments improve the chances that a couple become parents, they also carry risks, including multiple gestations and preterm delivery, which carries an increased risk of short- and long-term post-natal complications. Nevertheless, there has been a large number of babies born after ICSI in cases of severe male infertility, and concerns still exist regarding whether the use of spermatozoa from such individuals might affect the health of offspring.

A common modern day method of treatment is in vitro fertilization as it is more cost-effective, less invasive, and results are immediate. Stimulated IUI (intrauterine insemination) can be suggested as the initial treatment in women with unilateral proximal or distal tubal occlusion. When woman has both tubes totally blocked (bilateral occlusion), the only possible treatment option is IVF-ICSI. 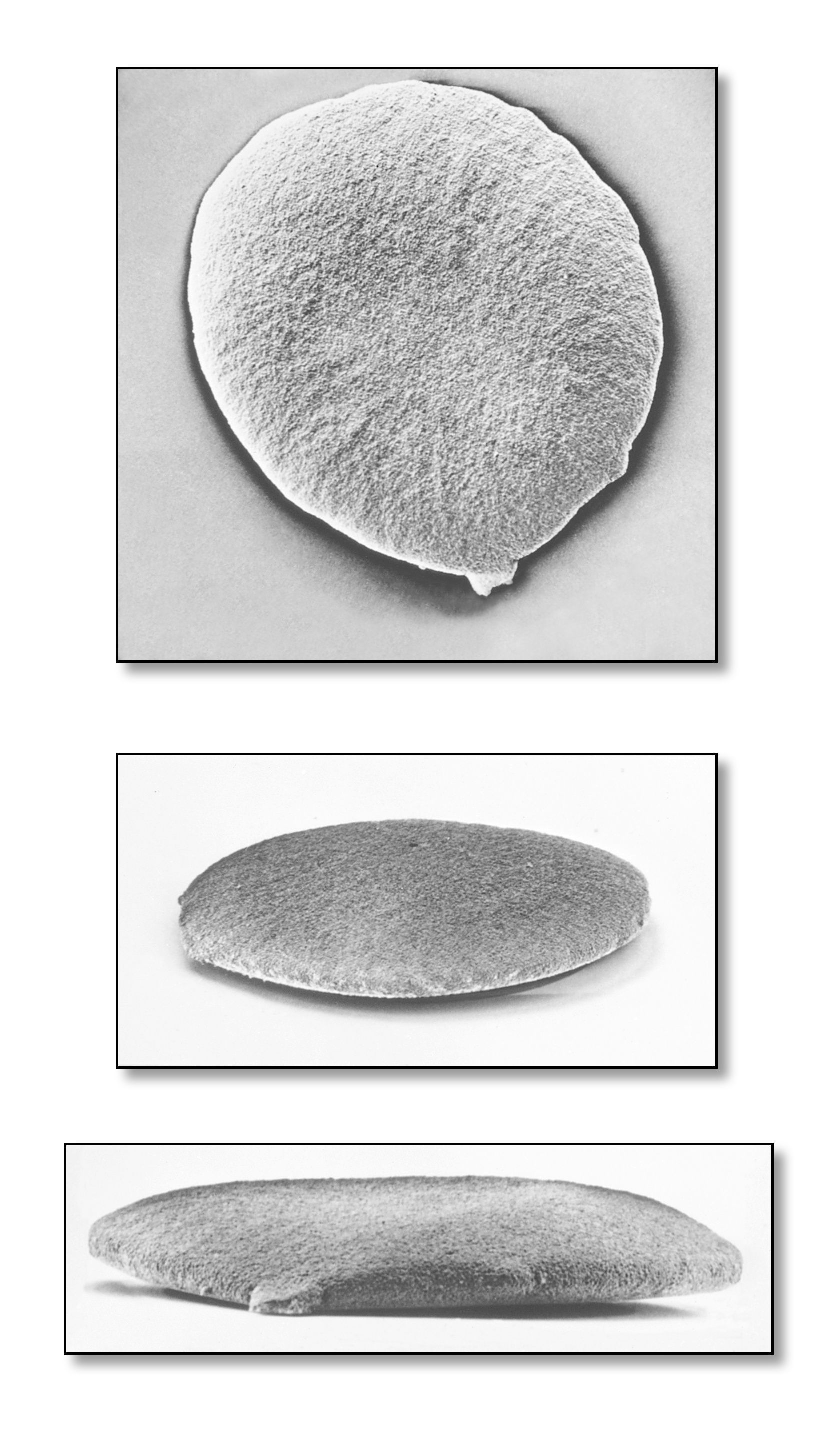 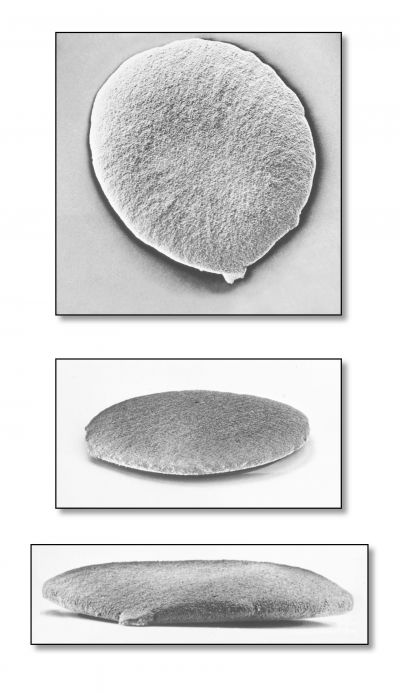 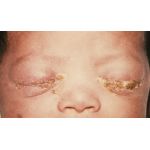 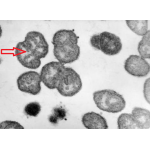 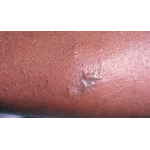