Excess levels of insulin circulating in the blood relative to the level of glucose and impairing the hormonal levels, even those involved in reproduct

Hyperinsulinemia, or hyperinsulinaemia is a condition in which there are excess levels of insulin circulating in the blood relative to the level of glucose (sugar). There are often no visible symptoms of hyperinsulinemia unless hypoglycaemia (low blood sugar) is present.

The typical cause of hyperinsulinemia is insulin resistance. Less common causes of this condition are tumor of pancreas.

The primary cause of hyperinsulinemia is an insulin resistance (Pic. 1), with the pancreas compensating by producing more insulin which helps regulate blood sugar level. Insulin resistance of this type can lead to the development of type 2 diabetes mellitus, which occurs when the pancreas (Pic. 2) cannot secrete the insulin required to maintain normal blood glucose levels.

Insulin resistance is claimed of inverse effect on female health such as infertility via ovarian functions as in polycystic ovary syndrome (PCOS), increased risk pregnancy and elevated lifetime risk of developing Type 2 diabetes. IR should be taken into account in the definition of metabolic syndrome (MetS) which represents a group of abnormalities, including overweight, dyslipidemia (abnormal amount of lipids in blood), hypertension, endothelial dysfunction, systemic inflammation and impaired glucose metabolism. To our interest, the harm of MetS on male infertility is mostly attributed to the various problems related with overweight such as high scrotal temperature, variations of serum testosterone levels or dyslipidemia (increased lipids in blood) other than IR component of MetS.

Diagnosis of hyperinsulinemia can be made by a blood test taken when patient’s fasting. Treatment is typically achieved via diet and exercise, although metformin may be used to reduce insulin levels in some patients (typically where obesity is present).

Insulin resistance cause not only hypersinsulinemia, but it may eventually lead to the development of type 2 diabetes, which happens when the pancreas is no longer able to compensate by secreting the large amounts of insulin required to keep the blood sugar normal.

The fertility of diabetic women may be reduced due to delayed menstrual cycling (menarche) and premature menopause (before 40). During the reproductive years, type 2 diabetes has been associated with menstrual abnormalities, such as infrequent menstruation (oligomenorrhea) and secondary amenorrhea (cessation of menses).

Polycystic ovarian syndrome (PCOS) is the most prevalent endocrine disorder affecting females. PCOS is the most common cause of menstrual disturbance such as oligomenorrhea, menorrhagia, and infertility, which is often anovulatory in nature.

PCOS is essentially a hormonal disorder and is buttressed by insulin resistance and hyperandrogenism (elevated level of male sex hormones). Recently, involvement of insulin directly or indirectly in the production of sex hormones has been reported. Obesity which is common in PCOS patients further increases the risk of insulin resistance which in turn causes hyperandrogenism and risk of developing PCOS.

Recent evidence suggests that obesity appears to exert an additive synergistic impact on the manifestations of PCOS, including a modifying effect on insulin sensitivity and gonadotrophin secretion and independently and negatively affecting insulin sensitivity, risk of diabetes, and cardiovascular impact.

Anovulation refers to absence of ovulation. Commonly, anovulation involves disruption of the normal pattern of menstrual cycles. Women who do not ovulate will often note absence of their periods, infrequent periods or irregular periods. Rarely, a woman with regular monthly periods may not be ovulating. Improving the insulin resistance or lowering the insulin levels may be successful at causing ovulation to return, if anovulation is caused by insulin resistance.

High blood pressure (also known as hypertension), is a long-term medical condition in which the blood pressure in the arteries is persistently elevated. Insulin resistance and hypertension are the components of metabolic syndrome and often coexist.

Other diseases that could be associated with hyperinsilinemia include metabolic syndrome, insulinoma (tumour of Insulin-producing cells) or nesidioblastosis (hyperinsulinemic hypoglycemia).

There are studies suggesting that hyperinsulinaemia may have various deleterious metabolic effects, including causing an increase of plasma hyperhomocysteinemia (high level of homocysteine causing inflammation of blood vessels). Hyperhomocysteinemia may impair pregnancy by interfering with endometrial blood flow and vascular integrity. it increases the oxidative stress (imbalance between the production of reactive oxygen and a biological system's ability to readily detoxify the reactive intermediates or easily repair the resulting damage) in vascular endothelium, activates the platelets, and has been documented to increase the probability of early pregnancy loss.

Hyperinsulinemia in neonates can be the result of a variety of environmental and genetic factors. If the mother of the infant is a diabetic, and does not properly control her blood glucose levels, the hyperglycemic maternal blood can create a hyperglycemic environment in the fetus. To compensate for the increased blood glucose levels, fetal pancreatic cells can undergo hyperplasia (excess growth).

Hyperinsulinemic hypoglycemia can produce any of the entire range of hypoglycemic symptoms, from shakiness and weakness, to seizures or coma.

Although insulin is one of the main hormones of energetic metabolism, it can also have great impact on genital system through the influence on hypothalamus-hypophysis-ovary axis which is the name for hormonal cascade regulating the function of female gonads. When insulin levels arise, follicle-stimulating hormone (FSH) and luteinizing hormone (LH) cease being emitted at optimal levels. As a result, follicular development is hindered. Also, estrogen and progesterone (main female hormones thatensure proper female development and fertility) fall equally out of balance. Thus, pregnancy does not occur and the quality of egg is frequently low, further lowering the possibility of conception.

Hyperinsulinemia is common complication of PCOS. Women with PCOS with menstrual irregularities, related to anovulation, may have difficulties to conceive. The majority of women with PCOS have hyperinsulinemia and insulin resistance, which have a significant role in the pathogenesis of the syndrome and in the long run may lead to impairment of glucose metabolism, androgen excess with hyperandrogenic symptoms, gonadotropin abnormalities, ovulatory dysfunction and polycystic ovaries, higher intra-abdominal fat and adipose tissue dysfunction, independently of body mass index (BMI).

Not all women with PCOS have difficulty becoming pregnant. For those who do, absenceof ovulation (anovulation) is a common cause. Endocrine disruption may also directly decrease fertility, such as changed levels of gonadotropin-releasing hormone (GnRH), gonadotropins (especially an increase in luteinizing hormone). Gonadotropins are released by gonadotroph cells in pituary gland, and these cells appear to harbor insulin receptors, which are affected by elevated insulin levels. A reason that insulin sensitizers work in increasing fertility is that they lower total insulin levels in body as metabolic tissues regain sensitivity to the hormone. This reduces the overstimulation of gonadotroph cells in pituitary.

Since there are many identical hormones in that hypothalamus-hypophysis-testicular axis that also play role in male hormonal regulation of reproductive system, it is obvious that elevated insulin levels can also negatively influence male reproductive system.

It has been reported that diabetes mellitus can inversely effect male fertility via sperm functions at molecular level especially on its nuclear and mitochondrial DNA and also its repairing systems. Moreover, diabetes mellitus is responsible for a kind of histological damage of the epididymis that resulted in a negative impact on sperm transit and also promotes inflammatory process in sexual male accessory glands.

The prevention of hyperinsulinemia is based on the prevetion of getting obese, such as dietary and lifestyle changes.

Hyperinsulinemia may not have any noticeable symptoms. However, some possible symptoms may include:

The root cause of the problem can be targeted and treated by diet, exercise and other lifestyle changes.

It has been shown in many studies that physical exercise improves insulin sensitivity. The mechanism of exercise on improving insulin sensitivity is not well understood however it is thought that more glucose is taken up into cells decreasing blood glucose levels which then causes decreased insulin secretion and some alleviation of hyperinsulinemia.

A low carbohydrate diet is particularly effective in reducing hyperinsulinism, thus, a referral to dietician is beneficial. A healthy diet that is low in simple sugars and processed carbohydrates, and high in fiber, and vegetable protein is often recommended. This includes replacing white bread with whole-grain bread, reducing intake of foods composed primarily of starch such as potatoes, and increasing intake of legumes and green vegetables, particularly soy. Another method used to lower excessively high insulin levels is cinnamon as was demonstrated when supplemented in clinical human trials.

Medical treatment, in the form of diabetes medication, may help to relieve the symptoms of hyperinsulinemia (for example metformin). Regular monitoring of weight, blood sugar and insulin are advised, as hyperinsulinemia may develop into diabetes mellitus type 2.

Surgery intervention is necessary in the cases if patients don’t respond to the medical therapy. Open surgery is the traditional approach to pancreatic resection. However, laparoscopy is increasingly used, particularly in localized resection for focal disease.

If conservative medical treatments fail to achieve a full term pregnancy, the physician may suggest the patient undergo in vitro fertilization (IVF). IVF and assisted reproductive techniques (ART) generally start with stimulating the ovaries to increase egg production. In vitro fertilization can be used with the safer gonadotropin-releasing hormone (GnRH) antagonist protocol and metformin as an adjunct, although no ideal protocol has been identified yet and no dietary associations with IVF have been reported. Obesity increases the risk of conception failure with IVF.

Fertility in women with PCOS is maintained until the age of 38 years using IVF, but thereafter pregnancy rates decrease. Women with PCOS who conceive singleton pregnancies after IVF may be at increased risk of pregnancy complications and may require close antenatal monitoring. In conclusion, PCOS therapy should be individualized. There is a need for well-designed, long-term, with adequate sample size, studies to evaluate the effectiveness of pharmacological PCOS treatments, alone or in combination with dietary interventions to ameliorate PCOS symptoms and fertility outcomes.

After stimulation, the physician surgically extracts one or more eggs from the ovary, and unites them with sperm in a laboratory setting, with the intent of producing one or more embryos. Fertilization takes place outside the body, and the fertilized egg is reinserted into the woman's reproductive tract, in a procedure called embryo transfer. The fertilized eggs (embryos) are cultivated under very stringent conditions and examined every day by the embryologist to evaluate their progress. The embryos are usually cultured for 3 to 5 days, before the best one(s) are selected to be put (transferred) in to the womb. 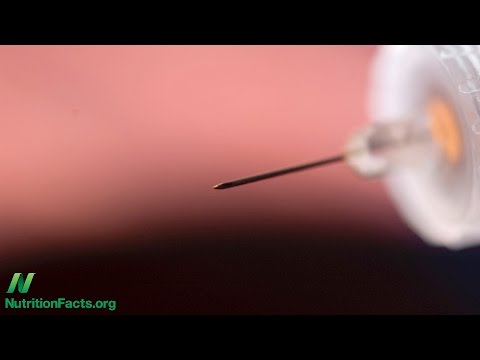 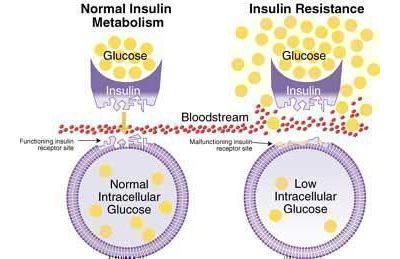 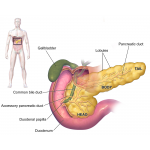