Abnormally elevated levels of any or all lipids in the blood.

Hyperlipidemia is a disorder of lipid metabolism manifested by elevation of plasma concentration of the various lipids and lipoproteins fraction, which is the key risk factor for all the life threatening diseases like cardio vascular disease, diabetes, hypertension (high blood pressure) etc.

The main biological functions of lipids include storing energy, signaling, and acting as structural components of cell membranes.

Lipids are transported in a protein capsule. The size of that capsule, called lipoprotein, determines its density (its mass per unit volume, Pic. 1).

The main measurable lipids (Pic. 2) in medical practice are:

Hyperlipidemias may basically be classified as either familial (also called primary) caused by specific genetic abnormalities, or acquired (also called secondary) when resulting from another underlying disorder that leads to alterations in plasma lipid and lipoprotein metabolism. Depending on the basis of lipid type hyperlipidemia may be classified as hypercholesterolemia (the level od cholesterol is elevated) and hypertriglycerolemia (an elevated of triglycerides) (Pic. 3). Also, hyperlipidemia may be idiopathic, that is, without a known cause.

Familial hyperlipidemia is classified into five types (Pic. 4) on the basis of electrophoresis or ultracentrifugation pattern of lipoproteins.

Acquired hyperlipidemias (Pic. 5) may result in increased risk of premature atherosclerosis or, when associated with marked hypertriglyceridemia, may lead to pancreatitis (inflammation in the pancreas).

The most common causes of acquired hyperlipidemia are:

Other conditions leading to acquired hyperlipidemia include:

Diagnosis of these condition is done with laboratory tests. The patients have to fast for at least 12 hours before taking the blood sample. The laboratory test focuses on the lipid profile i.e., measure lipid profile which include total plasma cholesterol, HDL, LDL, VLDL and triglycerides levels.

Treatment of the underlying condition, when possible, or discontinuation of the offending drugs usually leads to an improvement in the hyperlipidemia. Specific lipid-lowering therapy may be required in certain circumstances.

Hyperlipidemia is a well-known risk factor for vascular diseases such as stroke (occurs when the blood supply to part of the brain is cut off) and myocardial infarction. Long term expose to the risk factors promotes atherosclerosis and subsequently develops stroke.

Some forms may predispose to acute pankreatitis (an inflammatory condition of the pancreas that is painful and at times deadly).

Complications include retinal vein occlusion (a blockage of blood flow, causing blurring or loss of vision), acute pancreatitis, steatosis (the process describing the abnormal retention of lipids within a cell), and organomegaly (enlargement of organs), and lipemia retinalis (a rare condition characterized by creamy, white colored vessels of retina).

Cholesterol is neccesary for sperm function. It is crutial for gametogenesis (the production of sperm- spermatogenesis and eggs- oogenesis), also for posttesticular sperm maturation ( the process in which sperms are produced from stem cells). In process of maturation cholesterol changes proteins in membrane which leads to changes in membrane composition. It is neccessary for membrane fluidity during epididymal transit.

Cholesterol also have a role in procces of capacitation (a biochemical event which is required to render them competent to fertilize an oocyte) and acrosome reaction (a sperm must first fuse with the plasma membrane and then penetrate the female egg in order to fertilize it). All these procceses are neccesary for fertilization of female egg.

Women with familiar hypercholesterolemia who are planning to become pregnant should be advised to stop use statins (a class of lipid-lowering medications) 3 month prior to attempting to concieve. Statins may be potential risk and can lead to fetal abnormality. If women became pregnant and the baby is concieved while taking statins or other lipid- modifying drugs, she should be advised to stop treatment immediately and be reffered to an obstetrician for fetal assesment. Cholesterol concentration naturally increases during pregnancy but lipid- modifying medication is contraindicated in any case.

The behavior change of reducing intake of animal fat is observed. It is important that dietary treatment of hyperlipidemia focuses not only on correcting serum lipid levels but also on preventing arteriosclerotic diseases.

It has been reported that family members recommending behavior change acts as motivation. Thus, when implementing intervention, support from spouses and family members who prepare meals is necessary.

Since synthetic drugs have been shown to have side effect, clinical importance of herbal drugs in the treatment of Hyperlipidemia has receive considerable attention in recent years.

For the low cost, effectiveness, and fewer side effects, the popularity of using traditional Chinese medicine (TCM) to handle hyperlipidemia is increasing and its role in health care has been recognized by the public at large. Despite the importance of TCM herbs and formulations, there is no comprehensive review summarizing their scientific findings on handling hyperlipidemia.

Ayurveda medicine, is a system of medicine with historical roots in the Indian subcontinent. Globalized and modernized practices derived from Ayurveda traditions are a type of complementary or alternative medicine. The drug Eranda (Ricinus communis) and Hingu(Ferula narthex) are used as antihyperlipidemic drugs and i.e. medoharadravya as per Ayurvedic literature.

Hyperlipidemic patients should be warned about the potential risks of herb-drug interactions, particularly those taking anticoagulants and antiplatelet drugs.

Conventional medicine include two main cathegories- pharmacotherapy and surgical therapy. In case of hyperlipidemia, only pharmacotherapy can help patient with the desease. Two main types of drugs are used- statins and fibrates and in special occasions, they can be combined.

For treatment of type II, dietary modification is the initial approach, but many patients require treatment with statins to reduce cardiovascular risk. If the triglyceride level is markedly raised, fibrates may be preferable due to their beneficial effects.

Combination treatment of statins and fibrates, while highly effective, causes a markedly increased risk of myopathy (a disease of muscle in which the muscle fibers do not function properl) and rhabdomyolysis (a condition in which damaged skeletal muscle breaks down rapidly), so is only done under close supervision.

There is no surgical therapy for this condition.

In case of familial hypercholesterolemia, almost all individual have an affected parent. In very rare cases FH is caused by a de novo (an alteration in a gene that is present for the first time in one family member) pathogenic variant. Each child of an individual with FH has a 50% chance of inheriting the disease.

The PGD allows studying the DNA of eggs or embryos to select those that carry certain damaging characteristics. It is useful when there are previous chromosomal or genetic disorders in the family, within the context of in vitro fertilization programs.

IVF and ART generally start with stimulating the ovaries to increase egg production. Most fertility medications are agents that stimulate the development of follicles in the ovary. Examples are gonadotropins and gonadotropin releasing hormone.

After stimulation, the physician surgically extracts one or more eggs from the ovary, and unites them with sperm in a laboratory setting, with the intent of producing one or more embryos. Fertilization takes place outside the body, and the fertilized egg is reinserted into the woman's reproductive tract, in a procedure called embryo transfer.

If the pathogenic variant of a family member with FH has been indentified, prenatal testing can help to choose the embryo without this kind of mutation. 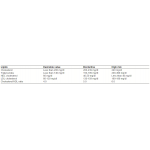 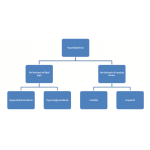 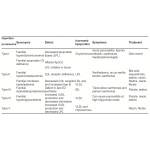 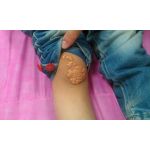 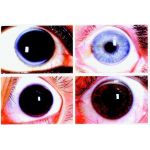