Androgen deficiency is a medical condition characterized by reduced androgenic activity in the body and can occur at any age. Androgens are male sex hormones of which the most powerful androgen is testosterone and its principal active metabolite (dihydrotestosterone; DHT). Their biological effects are expressed by their free fraction, they are preferentially inactivated in the liver and excretion is fecal or renal. Despite that androgen levels may not correspond with their biological activity (intracrinology), many authors consider that levels of free testosterone less than 1/4 of the normal level for the patient's reproductive age are suggestive of androgen deficiency syndrome. Androgens are usually thought of as male hormones, but the female body naturally produces a small amount of androgens too. In women, low level of testosterone results in estrogen deficiency (hypoestrogenism) because estrogens convert from testosterone.

Hypoandrogenism can have serious and expensive health consequences, including loss of libido, erectile dysfunction, depression, osteoporosis, muscle loss, and fatigue. All of these can result in a reduction in quality of life for the patient and increased utilization of resources to treat this pathological condition.

Androgen deficiency is caused primarily by either dysfunction (Pic. 1), failure, or absence of the gonads (hypergonadotropic) or impairment of the hypothalamus or pituitary gland (hypogonadotropic), which in turn can be caused by a multitude of different stimuli, including genetic conditions (e.g., GnRH/gonadotropin insensitivity and enzymatic defects of steroidogenesis), tumors, trauma, surgery, autoimmunity, radiation, infections, toxins, drugs, and many others. Alternatively, it may be the result of conditions such as androgen insensitivity syndrome or elevated estrogen level (hyperestrogenism). More simply, old age may also be a factor in the development of hypoandrogenism, as androgen levels decline with age; however, this physiological decline is rather subtle and is estimated to be -0.4% to -0.8% per year in cross-sectional studies.

Androgen deficiency is not usually checked for diagnosis in healthy women. Reductions in androgen production may be physiological in aging, both in the ovaries and in the adrenal glands, especially reductions in dehydroepiandrosterone (DHEA) production. This is because, by increasing levels of sex hormone binding globulin (SHBG), they can reduce free androgen levels.

Hereditary of androgen deficiency depends on the concrete disease as a background cause. Genetic testing of the androgen receptor or coregulator gene may be required to detect a mutation as a basis for genetic counseling, hypogonadism may be inherited for example.

The treatment of hypoandrogenism consists mainly from hormone replacement therapy that means administration of deficient hormone (testosterone) to the patient. Its beneficial role is reported in treating the symptoms, however, the improvement of fertility is individual.

Androgen deficiency is associated with several comorbidities, most notably obesity, hypertension (high blood pressure), hyperlipidemia (high blood level of lipids), and diabetes. It had been assumed that these conditions lead to androgen deficiency, but more recent work has called this simple relationship into question. It may be that androgen deficiency at least partially causes, rather than is simply the result of, the development of these comorbidities. The relationship may also be more complex, leading to a feedback pattern wherein obesity leads to lower testosterone, which feeds back to reduce lean muscle mass, which leads to additional obesity that may be associated with type 2 diabetes.

Hypogonadism means diminished functional activity of the gonads - the testes in males or the ovaries in females - that may result in diminished sex hormone biosynthesis. Hypoandrogenism or hypoestrogenism may occur as symptoms of hypogonadism in both sexes, but are generally only diagnosed in males and females respectively.

In general, main complications of hypoandrogenism include higher risk of osteoporosis (decreased bone strength) and cardiovascular diseases, decreased energy, libido, and mood. In men, it may be associated with gynecomastia (enlargement breast).

Moreover, treatment (i.e. testosterone replacement therapy) is associated with possible side effects. Despite the reports of beneficial effects on sexual dysfunction and other symptoms of androgen deficiency syndrome and despite its short-term safety being well-established (6 months), the long-term effects of androgen therapy are not well-documented.

Adverse effects that should be taken into account include acne, weight gain, increased facial hair, worsening of the lipid profile, altered liver function and, more rarely, changes in the pitch of voice, clitoromegaly (enlargement of the clitoris) and virilization of female fetuses if pregnancy occurs during treatment. However, with appropriate doses of 300 mcg of testosterone per day, such effects are reported rarely. Another question that remains to be answered relates to the possibility of cardiovascular risk when testosterone is administered orally.

There is a “feedback loop” relationship between sperm production and androgen levels. Gonadotropins, i.e. follicle-stimulating hormone (FSH) and luteinizing hormone (LH), are required for fully normal sperm production (spermatogenesis) that is triggered by FSH. FSH in connection with LH/testosterone is also fundamental for the maintenance of quantitatively normal spermatogenesis. Activity of LH hormone is required for stimulation of testosterone production by Leydig cells (testicular cells producing male sex hormones) in testes. Physiologically, testosterone is produced by testes to measure healthy sperm production in men.

In women, androgens boost the development of ovarian follicles, the structures releasing matured eggs (ovulation process) as well as producing the estrogens. Those processes are impaired in hypoandrogenism. There is also concern about the impact of testosterone and its metabolites on the breasts and endometrium of women. In this subset it is possible that a greater proportion of androgens are converted into estrogens, which would explain the increased oncogenic risk.

There is no known prevention for androgen deficiency caused by damaged testes or pituitary gland, although healthy lifestyle may reduce the risk of hypoandrogenism.

Symptoms of hypoestrogenism may be present in both sexes in cases of severe androgen deficiency (as estrogens are synthesized from androgens).

Since some of those supplements may have a positive result in one study, it should not be widely recommended and used without consulting with doctor or health professional.

Treatment may consist of hormone replacement therapy with testosterone in either sex. The Food and Drug Administration (FDA) stated in 2015 that neither the benefits nor the safety of testosterone have been established for low testosterone levels due to aging. The FDA has required that testosterone pharmaceutical labels include warning information about the possibility of an increased risk of heart attacks and stroke.

Maintenance of normal spermatogenesis depends on adequate gonadotropin and intratesticular testosterone concentrations. Testosterones and more recently used androgen-progestin combinations reversibly suppress spermatogenesis by suppressing the pituitary LH and FSH. In fact, androgens are currently being actively investigated for potential use in male medical contraception. The negative impact on male fertility should be on mind before planning of family.

Treating with testosterone is recommended to be combined with estrogen in women. Many of them have demonstrated efficacy for treating the symptoms of androgen deficiency, especially sexual dysfunction, vasomotor symptoms, bone mineral density and muscle strength, and there are also studies that of observed that this combination reduces cardiovascular risk and the incidence of liver damage. Furthermore, it should also be taken into account that prescribing testosterone without estrogens, does not provide benefits in terms of libido or coital frequency, irrespective of the route of administration.

Menopausal women with androgen deficiency syndrome are one of the most important applications for androgen therapy because the treatment improves quality of life. Physicians who judge the treatment to be necessary should inform their patients about possible risks and adverse effects and the efficacy of treatment. When prescribing, care must be taken with the dosage, route of administration and length of treatment and lipids should be controlled rigorously and breasts and liver must be monitored.

The most common routes of androgen administration:

Reduction of breast reduces the persisting enlarged breast (gynecomastia) due to low androgen level in men.

As low level of androgens affects sperm count, natural pregnancy is unlikely. For those patients, assisted reproduction technogy (ART) is an option for having a child. Since testosterone replacement therapy impairs fertility in men, the solution is to bank some sperm before starting the treatment. Sperm doses are stored and may be used the fertilizing man´s partner.

Recent studies show that sperm count often returns to normal level several months after stopping the treatment, but it cannot be guaranteed. Another option for couples who are ready to consider starting a family is to delay the treatment until a baby has been conceived. A short-term option instead of testosterone replacement therapy may be a treatment with human chorionic gonadotropin (hCG) that mimics LH in body. Final decision which way of treatment is up most importance is up to patient and his family.

From ART treatment, intracytoplasmic sperm injection (ICSI) is beneficial in that case where sperm counts are very low or failed fertilization occurred with previous IVF attempt(s). The ICSI procedure involves a single sperm carefully injected into the center of an egg using a microneedle. With ICSI, only one sperm per egg is needed. Without ICSI, you need between 50,000 and 100,000.

Two techniques that enable to some extent the selection of physiologically normal spermatozoa have recently been developed. One of these is termed intracytoplasmic morphology-selected sperm injection (IMSI). Here, spermatozoa are selected for ICSI and analysed digitally prior to the microinjection procedure in order to deselect morphologically abnormal spermatozoa. With this technique, abnormalities not visible in standard ICSI procedures have been observed. IMSI increases the pregnancy rate during ICSI cycles, and some data suggests that the level of pregnancy termination is also decreased. A second technique recently introduced to assisted reproduction is that of sperm selection with hyaluronic acid (HA), e.g. PICSI (Physiological Intracytoplasmic Sperm Injection). In this technique, mature sperm with HA receptors are distinguished from immature and abnormal sperm since these do not express such receptors.

In contrast, correct testosterone replacement enhances the number and quality of eggs in women thus fertility is improved. 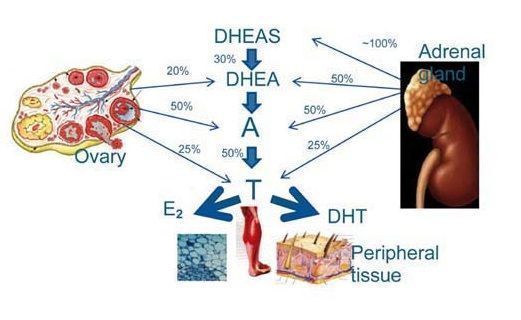 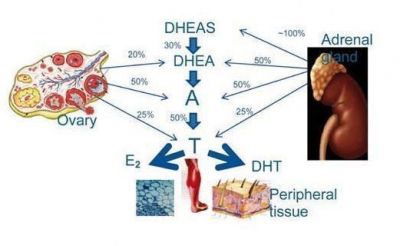 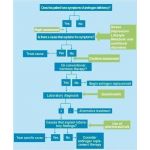