Hypospadias is a congenital (present at birth) anomaly of the penis, with the opening of the urethra located anywhere on the underside of the penis instead of the tip (Pic. 1). It is usually noticed at birth and treated with surgery in early childhood, to enable normal development of the penis. If left untreated, it may result in abnormal appearance and curvature of the penis in erection, difficult urination and impaired ejaculation.

Depending on the location of the abnormally placed urethral opening (Pic. 2), several types of hypospadia exist. In roughly 90% of cases, the opening is on or near the head of the penis (glans), referred to as distal hypospadias, while the remainder have proximal hypospadias with a meatus near or within the scrotum (Pic. 3). There is often bending or curvature of the penis ("chordee") which is more pronounced during erection. Furthermore, the foreskin is usually missing on the lower half, giving a hooded or incomplete appearance. The foreskin can also sometimes be intact.

In most cases, the cause of hypospadias is unknown. It is more common in newborns with a family history of hypospadias, and may be associated with certain mutations of genes that control the formation of the male genital. Maternal age over 35 has also been associated with an increased risk of hypospadias. Hypospadias can be associated with other urogenital tract anomalies such as pelviureteric junction (PUJ) obstruction, vesicoureteric reflux and renal agenesis (missing kidney) which should be excluded by ultrasonographic scan in every hypospadias patient. Proximal hypospadias with cryptorchidism (undescended testicle or both testicles) or penile size <2.5 cm should be investigated for intersex disorders (abnormal development of an individual’s sex characteristics) by ultrasonography, hormonal profile, and karyotyping (examination of the patient’s chromosomes).

Treatment of hypospadias usually involves surgery to relocate the urethral opening. If there is an abnormal curvature of the shaft of the penis, it is also surgically straightened. Surgery is usually performed within the first two years of life. The surgery is highly successful and is mostly done on an outpatient basis. Only severe forms, mostly proximal hypospadias, will require more than one surgery.

If hypospadias, with or without chordee, is not treated by surgery, the penis may not develop normally as the patient will grow, and he may have the following problems later in life:
Risk factors
As it is present at birth, the exact cause of hypospadias is usually unknown. However, having a family history of hypospadias and maternal age over 35 mean a higher risk of hypospadias in a male infant. Exposure to certain environmental factors, such as pesticides, during pregnancy may also play a role, but further evidence is needed to confirm this.

Untreated hypospadias may lead to fertility issues in later life. Due to disrupted development of the penis, men with hypospadias may on average have a smaller penile size, which often leads to dissatisfaction in sexual life. If chordee is simultaneously present, it may contribute to the dissatisfaction. Fertility in hypospadiac men may be impaired due to difficulties with ejaculation. The abnormal location of the urethral opening may act as a physical obstacle for the semen, although sperm counts are often completely normal. Impaired ejaculation is more pronounced in more severe cases, such as proximal hypospadias. However, there is no convincing evidence for lowered fertility in hypospadiac men.

As the condition is present from birth, there is no reliable method of prevention of hypospadias once the child is born. However, higher maternal age has been identified as a risk factor. Therefore, having a child before the age of 35 can reduce the chances of the child being born with hypospadias.

The defining symptom of hypospadias is the presence of the urethral opening on the underside of the penis, instead of the tip. Most common location is the underside of the head of the penis. Less often, the opening is located on the shaft, in the middle or at the base. In rare cases, the opening may be in or beneath the scrotum.
In males with hypospadias, a downward curvature of the penis, called chordee, may be also present. It may become more apparent in erection. The penis may also have a hooded appearance, because the foreskin is incomplete and covers only the top half of the head of the penis. Because of the abnormal opening of the urethra, the patiens often experience spraying during urination.

There is no self-therapy method for hypospadias. However, psychotherapy and sex therapy may be beneficial in patients who suffer from associated psychological problems, such as low self-esteem and sexual dissatisfaction.

Surgery is usually recommended for hypospadias, with the goal to restore normal appearance and function to the penis. Pharmacotherapy is usually only auxiliary in the treatment of hypospadias. Hypospadias surgery is usually recommended between 6-24 months of age. However, the surgery may also be done at a later age. When the hypospadias is severe or has associated birth defects such as chordee or cryptorchidism, the management should be more complex. A karyotype and endocrine evaluation should be performed to detect intersex conditions or hormone deficiencies.

Pharmacotherapy may be used only additionally to corrective surgery in the treatment of hypospadias. Hormones potentially increase the size of the penis, and have been used in children with proximal hypospadias who have a smaller penis. Numerous articles report testosterone injections or topical creams increase the length and circumference of the penis. However, few studies discuss the impact of this treatment on the success of corrective surgery, with conflicting results. Therefore, the role, if any, for preoperative hormone stimulation is not clear at this time.

The optimal age for correction of hypospadia is between the 6th and the 24th month. Thanks to the possibility of topical application of dihydrotestosterone, it is possible to optimize the size of the penis at this early age of operation. In the majority of cases, the operation can be done in one step. A two-step approach is rarely necessary, for example, in case of insufficiency of the urethral plate or hypoplastic skin.

Successful hypospadia surgery incorporates the following steps: straightening of the penis (orthoplasty), reconstruction of the urethra (urethroplasty), the meatus (meatoplasty), the glans (glanuloplasty) and the skin of the penis as well as that of the scrotum whenever necessary. Most children having hypospadias repair heal without complications. This is especially true for distal hypospadias operations, which are successful in over 90% of cases.

If conservative medical treatments fail to achieve a full term pregnancy, the physician may suggest the patient undergo in vitro fertilization (IVF). As most patients with hypospadias have normal sperm parameters, they may benefit from the use of intrauterine insemination (IUI). Intrauterine insemination as a type of artificial insemination involves the placement of sperm directly into the uterus at the time of ovulation, either in a natural menstrual cycle or following ovarian stimulation. The process allows the concentration of sperm in a small volume of culture media and then the concentrated sperm is placed into the uterus through a transcervical catheter. IUI has the advantages of being less invasive and more affordable than other assisted reproduction techniques such as IVF. IUI theoretically allows a relatively higher number of motile sperm to reach the oocyte. The rationale for washing sperm is to remove prostaglandins, infectious agents, and antigenic proteins as well as to remove immotile spermatozoa, leucocytes, and immature germ cells.

Two techniques that enable to some extent the selection of physiologically normal spermatozoa have recently been developed. One of these is termed intracytoplasmic morphology-selected sperm injection (IMSI). Here, spermatozoa are selected for ICSI and analysed digitally prior to the microinjection procedure in order to deselect morphologically abnormal spermatozoa. With this technique, abnormalities not visible in standard ICSI procedures have been observed. IMSI increases the pregnancy rate during ICSI cycles, and some data suggests that the level of pregnancy termination is also decreased. A second technique recently introduced to assisted reproduction is that of sperm selection with hyaluronic acid (HA), e.g. physiological ICSI (PICSI). In this technique, mature sperm with HA receptors are distinguished from immature and abnormal sperm since these do not express such receptors.

Men who ejaculate no sperm, because of blocked tubes in their testes, or because of a genetic condition that prevents their sperm being released, require some form of surgical sperm retrieval to enable ICSI to take place. Epididymal sperm obtained by microsurgical aspiration (MESA) or percutaneous sperm aspiration (PESA) and testicular sperm obtained by surgical excision (TESE) or percutaneous aspiration (TESA) are used in ICSI treatment. Alternatively, the retrieved sperm can be cryopreserved (stored using special freezing methods) for use in future sperm injection attempts. 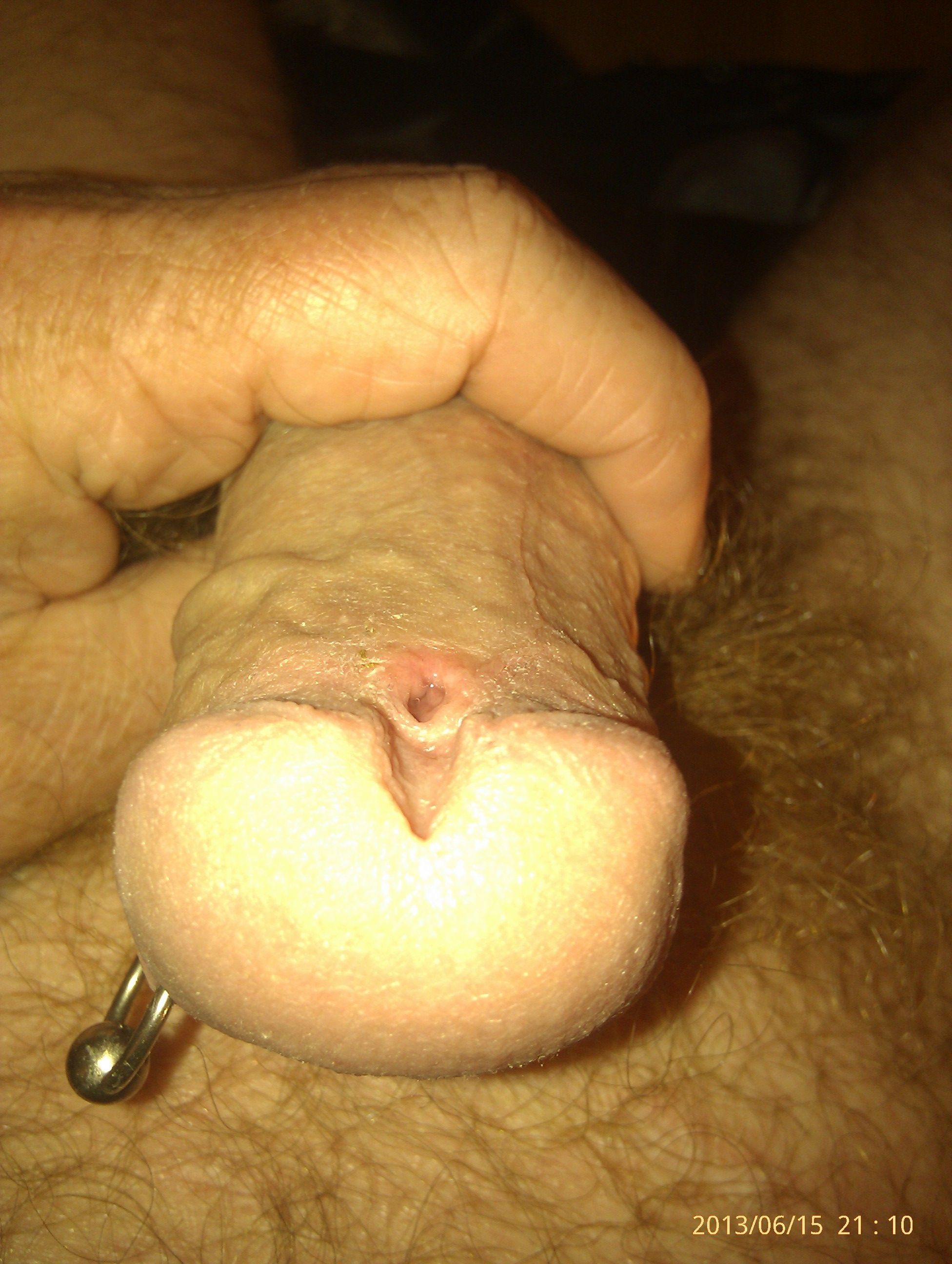 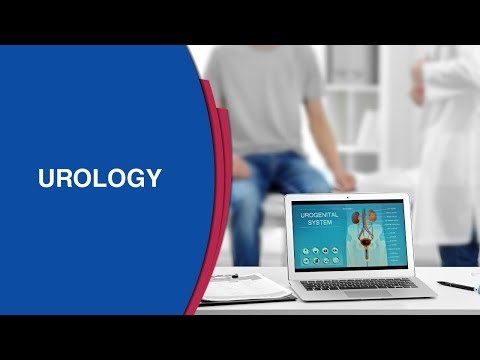 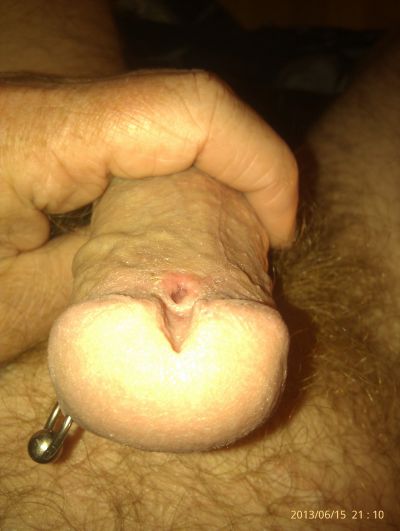 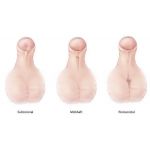