Group of diseases, which have impact on function of hypothalamus.

Hypothalamic malfunction is a disorder presenting primarily in the hypothalamus (Pic. 1), which may be caused by damage resulting from malnutrition (a condition that results from eating a diet in which nutrients are either not enough or are too much such that the diet causes health problems), including anorexia and bulimia eating disorders, genetic disorders, radiation, surgery, head trauma, lesion, tumour or other physical injury to the hypothalamus.

The hypothalamus is a portion of the brain that contains a number of small nuclei with a variety of functions. One of the most important functions of the hypothalamus is to link the nervous system to the endocrine system via the pituitary gland (hypophysis).

The hypothalamus is responsible for certain metabolic processes and other activities of the autonomic nervous system (influences the function of internal organs). It synthesizes and secretes certain hormones, called releasing hormones or hypothalamic hormones, and these in turn stimulate or inhibit the secretion of pituitary hormones. The hypothalamus controls body temperature, hunger, important aspects of parenting and attachment behaviors, thirst, fatigue, sleep, and circadian rhythms (any biological process that displays an endogenous, entrainable oscillation of about 24 hours).

Numerous dysfunctions manifest as a result of hypothalamic disease. Damage to the hypothalamus may cause disruptions in body temperature regulation, growth, weight, sodium and water balance, milk production, emotions, and sleep cycles.

The hypothalamus and pituitary gland are tightly integrated. Damage to the hypothalamus will impact the responsiveness and normal functioning of the pituitary. Hypopituitarism is the decreased (hypo) secretion of one or more of the eight hormones normally produced by the pituitary gland at the base of the brain. If there is decreased secretion of most pituitary hormones, the term panhypopituitarism (pan meaning "all") is used.

The signs and symptoms of hypopituitarism vary, depending on which hormones are undersecreted and on the underlying cause of the abnormality. In most of the cases, three or more hormones are deficient. The most common problem is insufficiency of follicle-stimulating hormone (FSH) and/or luteinizing hormone (LH) which is called hypogonadism and it leads to sex hormone abnormalities. Growth hormone deficiency is more common in people with an underlying tumor than those with other causes.

Central diabetes insipidus (CDI) is a condition characterized by polyuria (a condition usually defined as excessive or abnormally large production or passage of urine ) and polydipsia (excessive thirst or excess drinking) due to the presence of inadequate secretion of antidiuretic hormone (ADH) or vasopressin by the neurohypophysis or posterior pituitary; in the absence of ADH polyuria, it occurs because the patient is unable to concentrate urine. Insufficient levels of ADH result in increased thirst and urine output, and prolonged excessive urine excretion increases the risk of dehydration.

The failure of TRH (thyrotropin-releasing hormone) release, due to the factors affecting hypothalamus, will cause an indirect decrease in the secretion of thyroid hormones called “tertiary” hypothyroidism. The secondary (due to factors directly affecting the anterior pituitary gland) and tertiary hypothyroidism is often referred to as “central hypothyroidism.”

Growth hormone-releasing hormone (GHRH) is another releasing factor secreted by the hypothalamus. GHRH stimulates the pituitary gland to secrete growth hormone (GH), which has various effects on body growth and sexual development. Insufficient GH production may cause poor growth, precocious puberty (puberty occurring at an unusually early age) or gonadotropin deficiency, failure to initiate or complete puberty, and is often associated with low levels of sex hormones.

Kallmann syndrome is a rare genetic condition that is characterized by a failure to start or a failure to complete puberty. It is also accompanied by a lack of sense of smell (anosmia) or a highly reduced sense of smell (hyposmia). The condition can occur in both males and females but is more commonly diagnosed in males. Left untreated, patients with Kallmann syndrome will almost invariably be infertile.

Kallmann syndrome occurs due to a failure of the hypothalamus to release gonadotropin-releasing hormone (GnRH) at the appropriate time as a result of the GnRH-releasing neurons not migrating into the correct location during embryonic development.

Diagnosis of these condition can be done by function test, or imaging methods such as magnetic resonance imaging (MRI).
Depending on cause, the therapy can be surgical or hormonal replacement.

Depending on cause of malfunction and depending on which hormone is influenced, several complications can occur.

Regulation of the reproductive system is a process that requires the action of hormones from the pituitary gland, the adrenal cortex, and the gonads.

During puberty, in both males and females, the hypothalamus produces GnRH, which stimulates the production and release of follicle stimulating hormone (FSH) and luteinizing hormone (LH) from the anterior pituitary gland.

These hormones regulate the gonads (testes in males and ovaries in females); they are called gonadotropins. In both males and females, FSH stimulates gamete production and LH stimulates production of hormones by the gonads. An increase in gonad hormone levels inhibits GnRH production through a negative feedback loop (Pic. 2).

In males, FSH stimulates primary spermatocytes (a phase of sperm’s development) leading to the maturation of sperm cells.

LH stimulates production of the sex hormones (androgens) by the Leydig cells of the testes. The most widely-known androgen in males is testosterone, which promotes the production of sperm and masculine characteristics.

In females, FSH stimulates development of egg cells (or ova) in structures called follicles. LH also plays a role in the development of ova, induction of ovulation, and stimulation of estradiol (a type of estrogen) and progesterone production by the ovaries.

If these processes are not triggered by the GnRH, the development of sperms and follicles is dysfunctional. Without ovulation (the condition is called anovulation) and sperm production, the pregnancy is not possible.

There is no alternative therapy for this condition.

Hormonal replacement therapy is way to treat hypothalamus malfunction . The administration of oestrogen in women and androgens in men results in lowered FSH and LH concentrations respectively.

Resection of the tumor

A hamartoma is a type of not a malignant tumor. One of the most troublesome hamartomas occurs on the hypothalamus. Unlike most such growths, a hypothalamic hamartoma is symptomatic; it most often causes gelastic seizures, and can cause visual problems, other seizures, rage disorders associated with hypothalamic diseases, and early onset of puberty.

Resection of the tumor is usually difficult, as the growths are generally adjacent to, or even intertwined with, the optic nerve. But surgical techniques are improving and can result in immense improvement of prognosis and after the resection these symptoms disappear.

About half the women with hormonal imbalances do not produce enough follicles to ensure the development of an ovule, possibly due to poor hormonal secretions from the pituitary gland or the hypothalamus. In 10% of cases, alterations in the chemical signals from the hypothalamus can easily seriously affect the ovaries. If the hormonal replacement is not sufficent egg donation is the option.

Egg donation is the process by which a woman donates eggs to enable another woman to conceive as part of an assisted reproduction treatment. For assisted reproduction purposes, egg donation typically involves in vitro fertilization (IVF) technology, with the eggs being fertilized in the laboratory. The fertilised egg (zygote) is cultured for 2–6 days in a growth medium, an embryo culture, and is then transferred to the woman's uterus, with the intention of establishing a successful pregnancy. More rarely, unfertilized eggs may be frozen and stored for later use.

An egg retrieval procedure comprises both the Egg Donor's Cycle and the Recipient's Cycle. Birth control pills are administered during the first few weeks of the egg donation process to synchronize the donor's cycle with the recipient's, followed by a series of injections which halt the normal functioning of the donor's ovaries. These injections may be self-administered on a daily basis for a period of one to three weeks. Next, follicle-stimulating hormones are given to the donor to stimulate egg production and increases the number of mature eggs produced by the ovaries. Throughout the cycle the donor is monitored often by a physician using blood tests and ultrasound exams to determine the donor's reaction to the hormones and the progress of follicle growth.

Once the doctor decides the follicles are mature, he/she will establish the date and time for the egg retrieval procedure. Approximately 36 hours before retrieval, the donor must administer one last injection of HCG (human chorionic gonadotropin) hormone to ensure that her eggs are ready to be harvested. The egg retrieval itself is a minimally invasive surgical procedure lasting 20–30 minutes, performed under sedation (but sometimes without any). A small ultrasound-guided needle is inserted through the vagina to aspirate the follicles in both ovaries, which extracts the eggs. After resting in a recovery room for an hour or two, the donor is released. 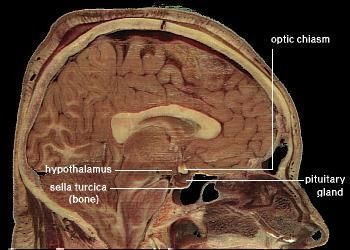 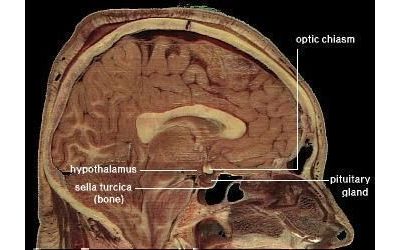 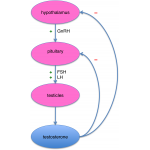