Laurence-Moon syndrome (LMS) is a genetically predisposed disorder affecting both genders. It is associated with the presence of retinitis alterations (Pic. 1; retinitis pigmentosa), spastic paraplegia (progressive stiffness and contraction (spasticity) in the lower limbs due to neural dysfuntion), hypogenitalism (decreased function of gonads), mental retardation and obesity. It can be also characterized as ciliopathy standing for a genetic disorder of the cellular cilia (a whip-like organelle found in eukaryotic cells) or the cilia anchoring structers (basal bodies). As cellular cilia take part in various basic cellular function it may explain the variable manifestations of this syndrome.

Regarding the genetic predispositions, LMBBS is transmitted in autosomal recessive trait (Pic. 2). Meaning that the genetic mutation typical for LMS is located on autosomal chromosomes (autosomes) and manifests only if two copies of defective genes are present. This means that affected child have inherited defective genes from both parents which are serving as carriers. Such parent poseses just one defective gene, so the disease does not manifest. Parents carriers have 25 % chance of having compelately healthy hicld and 25 % chance of having affected child. The 50 % left stays for the chance of conceiving unaffected carrier.

The condition was thought to be rare, but this may have been due to the failure to diagnose incomplete or partial cases. The diagnosis is based upon clinicl finding and may be verified by genetic analysis of the patient. As LMBBS is a genetically predisposed disorder, it cannot be healed. Therefore, the treatment consists in managing the symptoms. The early death of patients suffering from LMBBS is dependent on severinity of medical complications and it is often related to renal function impairment. This means that the quality of life and the survival time of LMBBS patients depends a lot on the quality of medical attention. Medical attention includes regular ophthalmologic evaluation, annual blood pressure measurement, monitoring of renal function, and regular testing for diabetes mellitus and lipid profile.

As the Laurence-Moon-Bardet-Biedl syndrome is associated with hypogonadism (reduced function of gonads), the patients suffering from this disease suffer from reduced fertility. Low levels of sex hormones contribute to creation of malformations of reproductive system and also reduce/prohibits its proper function so the process of gametogenesis (production of sperm cells/oocytes) is impaired or stopped. As a ciliopathy disorder, LMMBS affect sperm cell’s tail and most often results in complete infertility. In female the fertility is significantly reduced due to morphological alterations of reproductive system. Between morphological alterations, the ciliopathy also takes part, as the inner layer of fallopian tubes is formed by cells with cilia that helps ovulated oocyte to move through into the uterus.

As the LMBBS syndrome is based upon genetic predispositions, theres no way to prevent its development in affected persons. On the other hand, there is way of preventing the transition of the syndrome to next generation using PGS/PGD (preimplantation genetic screening and diagnostics) techniques. The PGS/PGD allows studying the DNA (deoxyribonucleic acid) of eggs or embryos to select those that carry certain damaging characteristics.

The symptoms of this syndrome can be divided into primary and secondary.

Central obesity is the commonest sign of LMBBS. It develops in early childhood and is aggravated with age. Dysmorphism (abnormal body structers) of extremities, including postaxial polydactyly (extra digit is on the ulnar side of the hand; Pic. 4), syndactyly (fusion of fingers; Pic. 5) or brachydactyly is one of the earliest and most common manifestations of LMBBS. Ocular manifestations are also common and become apparent between the ages of 4 and 10 years. They include retinal dystrophic changes which progresses relentlessly leading to decreased night vision, reduced visual acuity (Pic. 3) and blindness at a young age. Hypogonadism in affected males is also quite common. Renal involvement is observed in most affected individuals. It consists of structural and functional abnormalities such as calyceal (morphologically and functionally distinguished part of kidneys processing urine) or pelvic dilatation, fetal lobulation, and focal and diffuse cortical loss, as well as tubular dysfunction, hypertension and progressive renal failure. Mild to moderate mental retardation is an additional feature of the syndrome.

HRT is based upon restoration of hormonal replacement within the body. Testosterone replacemnet is common method used to treat hypogonadism. The therapy compensates decresed function of gonads. Clomiphene is an alternative medication for both women and men that can substitute the testosterone therapy. The application of human chorionic gonadotropin (hCG) may be considered for women, as well as the aplication of estradiol and progesterone substitutes.

To treat hypertension and renal anomalies standart aproaches are applied. The hormones affecting blood pressure and renal function are administrated artificially by hormonal inhibitors, hormone receptor blockers or aplication of suitable hormonal antagonists. The hypertension may be administrated also by aplication of medicaments that help to relax blood vessels or to easy up the workload on the heart.

Accessory digits may be removed surgically to prevent functional interference and poor fitting of footwear.

Various assisted reproduction teqchniques may be applied. A men suffering from LMBBS may choose to use donated sperm, which is later used during in vitro fertilization or during intracytoplasmatic sperm injection (ISCI). The ICSI procedure involves a single sperm carefully injected into the center of an egg using a microneedle. A women suffering from LMMS may use donated oocytes of healthy women. Donated oocytes are stored using cryopreservation technique as well as donated sperm samples. The storage of gamets (sperm cells/oocytes) in extremely low temperatures prevents their aging. After thawing of frozen gamets, they can be used in IVF (in vitro fertilization) or ICSI cycles. After fertilization of an oocyte under laboratory conditions, the oocyte is insterted within the uterus.

If the parents of affected child decide to conceive more children, the PGS/PGD is recommendale option. It gives the chance of avoiding the conception of another affected child. To test the embryo for genetic abnormalities, one or more cells are removed from a 3 to 5 days old embryo for genetic analysis. This ways, the PGS/PGD technique is able to detect genetical abnormalities during early embryonal development. 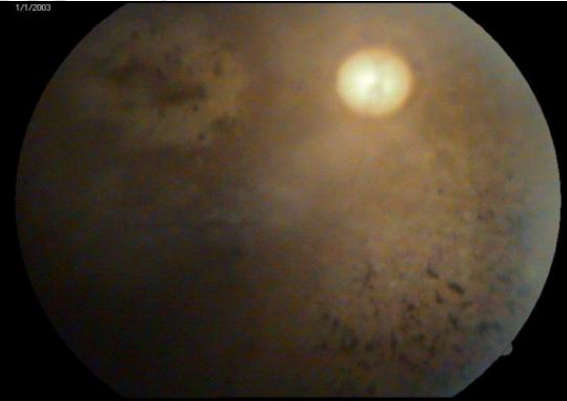 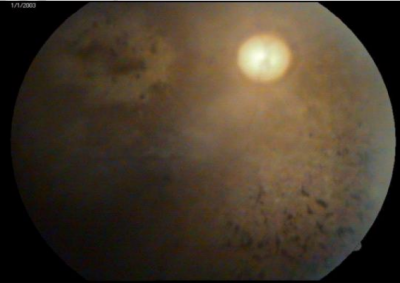 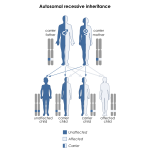 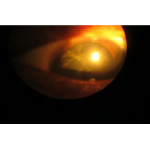 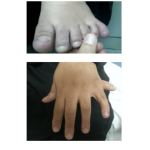 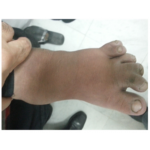