A presence of more than one million of white blood cells in 1 millimeter (mL) of ejaculate.

Leukocytospermia or pyospermia, an increase in leukocytes in the ejaculate, is defined as more than 1 million leukocytes in 1 mL semen. White blood cells (leukocytes) are present in all ejaculates and play important roles in immune surveillance and clearance (removal) of abnormal sperm. Leukocytes release reactive oxygen species (ROS) which destroy organisms causing infections. In white blood excess in infection or inflammation, the level of ROS is also elevated thus may affect healthy tissues including sperm.

It has been determined that neutrophils and macrophages constitute 95% of seminal leukocytes, which may promote male subfertility by damaging sperm via the generation of ROS and the induction of apoptosis (cell death). The presence of one activated leukocyte per 20,000 sperm would produce a detectable amount of ROS, so, even a very low number of leukocytes in the sperm suspension may influence integrity of sperm genome (healthy genetic code) and, consequently, the outcome of assisted reproduction treatment.

In semen associated with leukospermia, deoxyribonukleonic acid (DNA) damage is promoted in a cascade-like manner, which suggests that ROS play a major role in these alterations. It is postulated that ROS may damage the sperm membrane, reduce sperm motility and capacity for fertilization, compromise sperm DNA, and a reduce capacity for in vitro fertilization (IVF).

Leukospermia could be caused by inflammation or infection of genitourinary system, autoimmune condition (body thinks that healthy cells are actually foreign, including sperm) or systemic illness (e.g. HIV).

This condition is detected by a variety of diagnostic assays, including differential stains, peroxidase stain that detects the peroxidase enzyme in neutrophils, and immunocytology. Such testing is indicated with infertility associated with elevated numbers of "round cells" in the ejaculate on routine semen analysis. The prevalence of pyospermia ranges from 3% to 23% of infertile men. With regard to leukocytospermia, the first issue to be considered is that there is no consensus regarding the threshold for the number of white blood cells in seminal samples.

There is no definite treatment of leukospermia because of its specific causes that cannot be isolated. It consists of elimination of the cause (if there is any definite), correction of predisposing factors, elimination of infection and protection from ROS resulting from inflammation, infection, or autoimmunity.

There is no evidence that leukospermia is hereditary condition. Therefore, parents should not be afraid of congenitally leukospermic child.

Elevated amount of white blood cells in semen may be associated with the presence of bacteria in semen (bacteriospermia), genital or urinary tract infections or varicocele (enlarged vein in the scrotum).

Leukospermia may be associated with infection within the genitalia and urinary tract which could cause pain, alterations in accessory sex gland functions, tubal occlusion and fertility problem including decreased sperm motility and count. Even if the condition is not caused by infection, impaired fertility is occurred.

Elevated white blood cells in semen refer to new etiologies of unexplained male infertility. An elevated leukocytes count associated with elevated reactive oxygen species (ROS) is found in the seminal fluid of approximately 30% of infertile men, even in the absence of inflammatory symptoms or a seminal bacterial infection.

In the male genital tract, ROS are generated by spermatozoa and leukocytes including neutrophils and macrophages. In the semen, sperm cells are one of the major cellular sources of ROS. The male germ cells produced a small amount of ROS from the earliest stages of the development. They are involved in the sperm chromatin condensation (chromosome formation) or damage of the DNA, regulating the number of germ cells by induction of apoptosis (cell death) or proliferation (cell growth) of spermatogonia. In the mature sperm, low and physiological levels of ROS play an important role in fertilization, i.e. in processes such as capacitation (a part of sperm maturation), hyperactivation (sperm motility in process of acquiring fertilization capacity), acrosome reaction (a part of fertilization process), and sperm-oocyte fusion (the fusion of their membranes) in order to ensure appropriate fertilization, whereas high levels of ROS cause sperm pathologies such as ATP (adenosine triphosphate) depletion and loss of sperm motility and viability.

Since the sperm genetic material is damages due to leukospermia, sperm count and motility is decreased. It is also associated with elevated pH values and changes in color and viscosity of semen. Also, semen could be positive for bacterial cultures.

Since the sperm genetic material is damages due to leukospermia, sperm count and motility is decreased. It is also associated with elevated pH values and changes in color and viscosity of semen. Also, semen could be positive for bacterial cultures.

The leukospermic men may benefit by treatment with antibiotics or antioxidants to reduce ROS induced sperm DNA damage and improve therefore their chances of fertility. However, seminal improvement is limited following treatment, still maintaining lower levels than healthy patients.

Generally, 4-6 week course of extended spectrum antibiotics, such as erythromycin, trimethoprim-sulfamethoxadole, doxycycline, azithromycin, ofloxacin, or a quinocole, is recommended. Antibiotics treatment is associated with a reduction in the concentration of leukocytes and improved fertilization rate. Generally, the female partner is also treated. Recommended follow-up includes semen analysis three months later the antibiotics treatment.

If the leukospermia has not been treated successfully, treatment for 30 days with an over-the-counter non-steroidal anti-inflammatory medication may be recommended. Antioxidants are able to reduce high concentration of ROS. Administration of ethylcysteine and tocopherol (vitamin E) results in improved sperm function but not motility.

Surgical correction of abnormalities in genitourinary causing infection or inflammation may be used to treat leukospermia. One of the methods includes varicocelectomy that is used to correct a varicocele and thus improves semen production and reduces concentration of white blood cells in semen. Other abnormalities include prostatic obstruction with infection and urethral valves.

The diagnosis of leukospermia has contradicting effects on pregnancy rates in natural pregnancies, intra-uterine insemination (IUI) and in vitro fertilization (IVF) with or without intra-cytoplasmis sperm injection (ICSI). Before assisted reproduction techniques (ART) treatment, leukospermia should be carefully evaluated. Innovative ART methods developed for the selection of sperm have provided new insight into the interaction between the sperm quality and clinical results.

The optimal technique of sperm preparation for assisted reproduction should eliminate dead sperm and other cells, including leukocytes. To test the hypothesis that sperm organelle (specialized subunit within a cell that has a specific function) malformations are associated with ART results, a method of evaluating human spermatozoa in real time at a high magnification (≥ 6000x) was developed, which is called motile sperm organelle morphology examination (MSOME). This method promoted the development of the intracytoplasmic morphologically selected sperm injection (IMSI) technique. IMSI is based on sperm normality, as defined by the MSOME classifications, and it is aimed at improving the conventional ICSI outcomes by focusing on the relation between the sperm morphological abnormalities observable at high magnification and related DNA damage. Considering that ROS production, which is potentially associated with the presence of leukocytes in the semen, has been correlated with increased sperm DNA fragmentation (separation or breaking of DNA strands into pieces), it is plausible that the use of IMSI may benefit the clinical outcomes of patients with leukospermia. These benefits would be based on the potential to exclude morphological sperm abnormalities that are potentially related to DNA damage. However, the repercussions of the clinical use of IMSI in patients with leukospermia have not yet been determined.

The goal of the ICSI and IMSI cycles is the transfer of high-quality embryos because it is well known that the implantation rates are directly related to the capacity of the embryo to interact with a receptive endometrium. Given that embryo quality depends on the quality of both gametes, it is important to assess the condition of the male gametes by analyzing seminal characteristics. To evaluate male factors, the WHO (World Health Organisation) manual established that parameters such as sperm concentration, motility, viability, morphology and leukocyte count should be assessed.

Nevertheless, it seems that it is necessary to more precisely determine the effects, if any, of seminal leukocytes on fertilization and implantation processes. In fact, some studies proposed that leukospermia is protective in vivo and that it is associated with normal or improved IVF and ICSI results when compared with non-leukocytic patients with infertility. In a study analyzing 3508 IVF/ICSI cycles (Seminal leukocytes are Good Samaritans for spermatozoa, Barraud-Lange et al., 2011), the fertilization rate, cleavage rate, clinical pregnancy rate, gestational age, and mean infant weight were significantly improved when seminal leukocytes were present, regardless of the technique used. The only negative side effects associated with a high level of seminal leukocytes (≥106/mL) were an elevated rate of early pregnancy loss (from 26.6% to 40.5%) and a 3-fold increase in the percentage of ectopic pregnancies. Thus, further trials with larger sample sizes will be helpful in determining the in vivo role of seminal leukocytes. 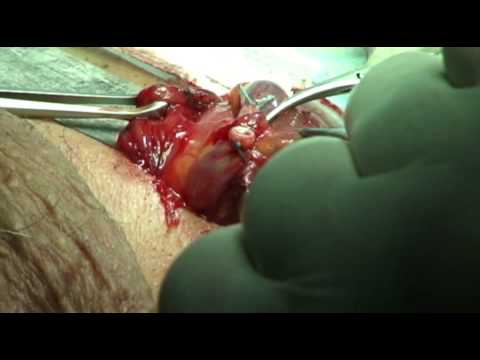