Patients with a low number of retrieved oocytes despite adequate ovarian stimulation during fertility treatment.

In patients defined “low (poor) responders,” the limited number of obtained eggs remains the main problem in optimizing the live birth rates. In fact, as a result of a lower number of oocytes retrieved, there are fewer embryos to select and transfer and subsequently these patients have lower pregnancy rates per transfer and lower cumulative pregnancy rates per started cycle compared with normal responders.

At least two of the following three features must be present in a common definition of “poor responder”:

In poor responders the mechanism of ovarian insufficiency is prematurely determined and not fully understood. Some causes of decrease in ovarian reserve have been identified: ovarian surgery especially in case of endometrioma, genetic defects, chemotherapy, radiotherapy, autoimmune disorders, single ovary, chronic smoking, and unexplained infertility. Moreover, new risk factors of low ovarian response have been proposed: diabetes mellitus Type I, transfusion-dependent B-thalassemia, and uterine artery embolization for the treatment of uterine leiomyoma.

Predicting ovarian response before starting hormonal stimulation is the only way to administer an efficient and safe treatment. There is still no consensus regarding the “ideal” protocol and so far no one treatment protocol has proven to be superior for poor responders. The majority of the strategies aim to recruit a higher number of follicles either by increasing the dose of gonadotropins, decreasing the dose of gonadotropin-releasing hormone (GnRH) analogs, suppressing an early rise in follicle-stimulating hormone (FSH) with “estrogen priming,” or optimizing the endogenous FSH flare effect.

Endometriosis is classically defined as the presence of endometrial glands and stroma outside of the endometrial lining and uterine musculature. The abnormal growth of endometrial tissue with each female hormonal cycle causes adhesions and scars from forming in the organs where it is. This, in the case of the female reproductive organs can be fatal for the smooth passage of the ovum to the uterus.

Generally POF (or premature ovarian insufficiency) represents the clinical end stage of ovarian function in women less than 40 years old. Therefore, women at risk of POF who delay childbearing until after their 30s may experience problems conceiving and carrying a pregnancy to full term. This loss of fertility can be due to an accelerated loss of follicles, an inability of the remaining follicles to respond to ovulatory signals, an initially reduced ovarian reserve at the time of birth, or a combination of all.

It is not uncommon to have no oocytes retrieved in women undergoing IVF especially when there is very little follicular growth. In these situations, no oocytes are usually retrieved from apparently normally growing ovarian follicles with normal estradiol concentrations despite meticulous repeated follicular aspiration and flushing. Reasons for this include poor ovarian response, errors in human chorionic gonadotrophin (hCG) administration/timing for final oocyte maturation, underlying ovarian dysfunction, or premature ovulation. In spite of these reasons, obtaining no oocytes following oocyte retrieval represents a tremendous stress for the patient. Luteal phase (Pic. 1) stimulation could potentially alleviate some of this stress since the patients do not have to wait for another menstrual cycle before undergoing ovarian stimulation.

Pregnancy complications are not increased in poor responders when compared to their age matched counterparts.

In most cases the mechanism involved in follicular depletion is still not clear. It has been suggested that the reduced number of oocytes could be correlated to a reduction of their quality, which is clinically translated into a reduction of the implantation rates and an increase of early pregnancy loss. Conversely, because of the lack of a clear correlation between “quantity” and “quality,” different authors have suggested that poor responders “per se” do not represent a lower chance of success in IVF, with the age of the woman being the most important predictor of live birth rate.

However, very large studies have shown that this group of patients has reduced pregnancy rates compared with normal responders independently from the treatment protocol used and from the age of the patient. In this group of difficult patients it is thus clear that to optimize the clinical results in IVF it is not only important to predict the ovarian reserve but also, especially, to tailor the best stimulation protocol to exploit fully the ovarian reserve and optimize the number of oocytes to be retrieved.

Only with recent advent of new reliable biomarkers of ovarian reserve better strategies for the management of these patients have been suggested. The number of developed follicles and the number of oocytes retrieved after a standard stimulation protocol are the most important criteria. The proposed quantity varies among authors and ranges from less than three to less than five dominant follicles on the day of hCG administration noted on ultrasound and/or less than three to less than five retrieved oocytes.

Despite being difficult, it is of extreme importance to predict who will be a poor responder, because stimulation protocols should be individualized according to the conditions of each case. However, several tests have been proposed to predict ovarian reserve, which can give an idea about the ovarian response. These include static and dynamic tests.

Despite the extensive efforts made, a test that could reliably predict a poor ovarian response in all patients that undergo IVF is currently lacking. Therefore, a consistent identification of a poorresponder would comprise a previously demonstrated poor ovarian response to adequate ovarian stimulation. This means that entering the first cycle of IVF without any prior testing seems to be the most preferable strategy.

Poor respondres seek from failure to respond adequately to standard protocols and to recruit adequate follicles. This results in decreased oocyte production, cycle cancellation and, overall, it is associated with a significantly diminished probability of pregnancy.

Possible self/alternative approach to reduce the risk of being poor responder is to avoid known risk factors.

When the standard dose of gonadotropins (225–300 IU) fails to induce a proper multifollicular growth, the obvious clinical approach is to increase the dose. High doses of gonadotropins have been thus used for a couple of decades by the vast majority of the authors in poor responder patients. In the literature conflicting data are however reported on the outcomes of this approach - some but not all authors in prospective and retrospective studies did not report enhanced ovarian response and/or better pregnancy rates when the starting dose of gonadotropins was increased up to 450 IU.

It is today clear that these patients have a reduced ovarian reserve; the recruitable follicles are fewer and the gonadotropins, independently of the dosage administered, can only support the cohort of follicles receptive to stimulation without manufacturing follicles de novo.

This approach lowers cancellation rate and raises the number of preovulatory follicles and the number of oocytes retrieved and good quality embryos for transfer, leading to better pregnancy rates. However this protocol could have a detrimental effect in poor responders because it may induce an excessive ovarian suppression that could lead to a reduced or absent follicular response.

However, although with the short flareup protocols significantly more oocytes can be retrieved compared with GnRH antagonist protocols; the number of the retrieved oocytes is still significantly lower when compared with long standard GnRH regimens. The rationale to lower or to stop (after pituitary suppression) the dose of GnRH agonists initiated during the luteal phase is to obtain a reduction of the inhibitory direct effect of the GnRH agonist on the gonads.

On the other hand, the introduction of GnRH antagonists have presented a hope for the poor responders in view of its immediate suppression of luteinizing hormone (LH), the absence of flare-up effect, the reduction of the duration of stimulation and the dose of gonadotropins used. However, it seems that use of GnRH antagonists, in the general population, may lead to a nonstatistically significant reduction of the live birth rates compared to GnRH agonist protocols.

The use of GnRH antagonist regimens could have some advantages over the GnRH agonist protocols:

This, without doubt, alleviates some of the stress that poor responders have following a “no egg” results. Additionally, the resulting embryos from luteal phase ovarian stimulation protocols could have similar developmental potential and could produce clinically acceptable pregnancy rates when compared to embryos produced by follicular phase ovarian stimulation. Double stimulation thus represents a promising approach for patients with poor ovarian response especially when conventional IVF protocols have failed or when time is of the essence. It is unfortunate that studies to date included small sample sizes. Large cohort studies/randomized clinical trials with live-birth rates as outcomes are needed to better elucidate the benefit of luteal phase (and double) ovarian stimulation in the diminished ovarian reserve population.

Poor responders are not treated with surgical intervention.

Some critical issues have been highlighted: in only 50% of started cycles one embryo could be replaced into the uterine cavity (50% cancellation rate); the overall clinical pregnancy rate was 10% per started cycle and 18% per patient and per embryo transfer. The contradictory data can be very likely associated to the diversity of patients selected before the application of criteria.

Oocyte vitrification (preservation using freeze) has resulted in the breakthrough in ART technologies, probably the most important one in our decade. Recent evidence indicates that this approach is a highly efficient procedure that can be applied in routine infertility programs.

Different strategies are applicable for poor responder involving oocyte cryopreservation. Some authors have recently suggested obtaining a large cohort of oocytes in these patients by accumulating vitrified oocytes over several stimulation cycles creating a similar situation as in normal responder patients. According to the results presented in the study, it could be possible to obtain higher live birth rate per patient treated and potentially to reduce the dropout. Moreover, oocyte cryopreservation can also be used to preserve the fertility of all those women at risk to lose their ovarian potential over the time. 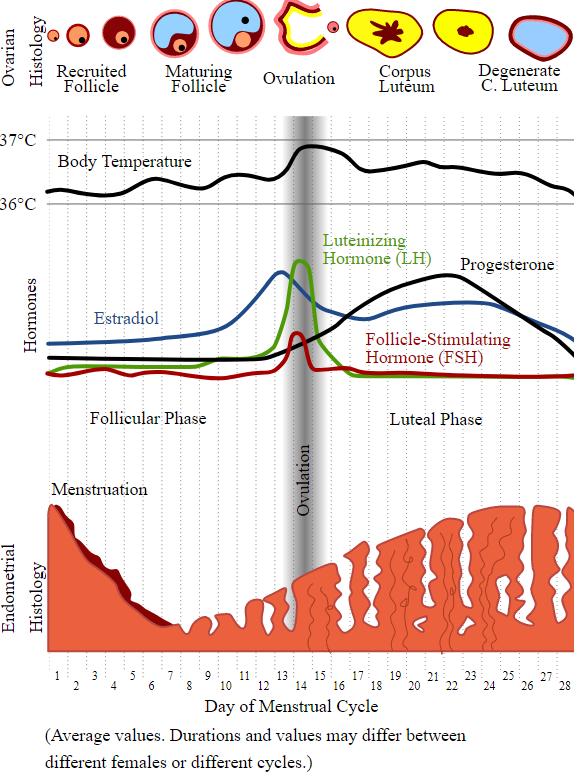 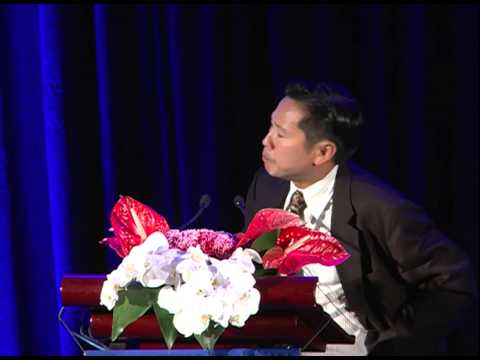 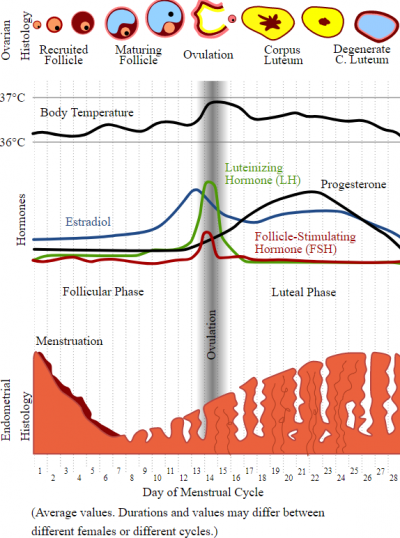