The condition of only one testicle present in the scrotum.

Monorchism is the state of having only one testicle within the scrotum (Pic. 1). This can happen due to three main reasons:

1. Cryptorchidism (Pic. 2) is simply defined as the absence of one or both testes from the scrotum. This condition originates during fetal development. It is the most common birth defect of the male genitalia.

The testicles arise in the abdominal cavity during the embryonic development, and they usually start descending through the inguinal canal to the scrotum around the 28th week. In most cases (97% full-term, 70% preterm), both testes have descended by birth. In most other cases, only one testis fails to descend (cryptorchidism) and that will probably express itself within a year.

If the testicle remains undescended, the higher temperature within the abdominal cavity negatively affects the testicular tissue. Without treatment, this can lead to reduced reproductive function of the testes and to a significantly higher risk of tumours arising in the undescended testicle.

2. Testicular regression syndrome, or „vanishing testes“. During embryonic or fetal development, various disruptions of the testicular development can cause its complete failure and a missing testis. These include torsion of the testis (rotation of the testes and adjacent structures, impairing the blood supply and causing severe ischemia), teratogenic agents (agents that cause disruption of embryonic or fetal development of various organs) and injury. The damage to testicular tissue activates the immune system cells, which then resorb the testicular tissue. In such cases, the testis is present neither in the scrotum, nor in the inguinal canal.

3. Surgical removal of the testis. Because of various testicular tumours, the testis may have to be removed by orchiectomy (Pic. 3).

In most cases, there are no symptoms apart from only one testes present in the scrotum. In children, cases of undescended scrotum should be treated without delay by orchiopexy surgery, to reduce the damage of the testes due to higher temperature in the abdominal cavity. In adults, discovered undescended testes should be removed due to the risk of testicular tumours. Adult men with one undescended testis may suffer from infertility. This may not be just due to the damage to the undescended testicle, but the released inflammatory mediators may also reduce the ability of the healthy testicle to produce sperm. In other cases of monorchism, the fertility is lowered, but usually still sufficient to achieve a pregnancy.

In cases of undescended testicle, the risk of development of certain testicular tumours (Pic. 4) in the retained testicle is much higher than in descended testicles. The most common tumour type is seminoma, which belongs into the group of germinal cell tumours.

Adult men affected with the condition of one undescended testis can complain of infertility. This can be attributed to the negative effect of the testicle remaining in the abdominal cavity on its healthy counterpart, by stimulating the production of inflammatory factors and certain hormones. These can impair the sperm production in the healthy testicle. In boys affected with the cryptorchism, fertility can be preserved at normal level when the orchiopexy is performed in time. In other cases of monorchism, the sperm production, and therefore fertility, is lowered, but if the remaining testicle remains healthy, it is usually sufficient to achieve a pregnancy.

In patients affected with the testicular regression syndrome and cryptorchidism, the condition is present from birth and therefore cannot be prevented in other ways than avoiding exposure to teratogenic agents during pregnancy and therefore lowering the risk of developmental abnormalities during embryonic and fetal development.

Certain prevention, although limited, can be done to avoid the growth of malignant testicular tumors. These in turn, in the majority of cases, result in the surgical removal of one (or both) testicle(s). Certain risk factors for testicular cancer, like exposure to ionizing radiation, can be avoided.

There is no definitive self therapy technique for this condition.

Treatment is possible only in the cases of monorochism caused by cryptorchism, or undescended testes, in other possible causes of monorchism, the loss of the testis is permanent.

The aim of the treatment is to complete the descent of the testis, so it is no longer exposed to the elevated temperature of the abdominal cavity. This can be facilitated by small doses of hormones, but the surgery, called orchiopexy, represents the most reliable therapeutic method.  Orchiopexy yields best results if performed within the first two years of age. The undescended testicle is brought down from its location and permanently fixed in the scrotum.

In many patients, the undescended testicle completes its descent during the first six months of life. Injections of hormones, such as beta-hCG (human chorionic gonadotropin) or testosterone, can be used to bring the testicle down into the scrotum.

Orchidopexy, or orchiopexy, is used to surgically bring the undescended testicle into the scrotum and permanently fix it there. The undescended testicle may be located within the normal line of descent (for example, in the inguinal canal) or high in the scrotum or ectopically (i.e. the abdomen). The surgeon may use an endoscope through the umbilicus to locate the testicle, and through other small opening(s) performs the procedure. The higher the testicle, the less successful the procedure. However, the procedure has a high success rate overall.

If conservative medical treatments fail to achieve a pregnancy, the physician may suggest the patient to use the methods of assisted reproduction (ART).

The incidence of azoospermia in cases of monarchism due to unilateral cryptorchidism is 13%. A major advancement in recent years has been the introduction of IVF (in vitro fertilization) with ICSI (intracytoplasmic sperm injection) which allows successful fertilization with the sperm obtained directly from testicular tissue. IVF-ICSI allows for pregnancy in couples where the man has irreversible testicular azoospermia as long as it is possible to recover sperm material from the testes. Pregnancies have been achieved in situations where azoospermia was associated with cryptorchism and sperm where obtained by testicular sperm extraction (TESE).

Two techniques that enable to some extent the selection of physiologically normal spermatozoa have recently been developed. One of these is termed intracytoplasmic morphology-selected sperm injection (IMSI). Here, spermatozoa are selected for ICSI and analysed digitally prior to the microinjection procedure in order to deselect morphologically abnormal spermatozoa. With this technique, abnormalities not visible in standard ICSI procedures have been observed. IMSI increases the pregnancy rate during ICSI cycles, and some data suggests that the level of pregnancy termination is also decreased. A second technique recently introduced to assisted reproduction is that of sperm selection with hyaluronic acid (HA, a ubiquitous tissue component), e.g. (PICSI). In this technique, mature sperm with HA receptors are distinguished from immature and abnormal sperm since these do not express such receptors. 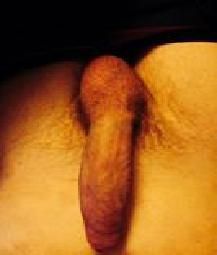 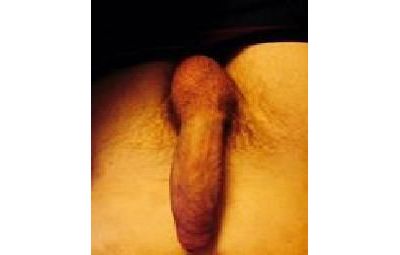 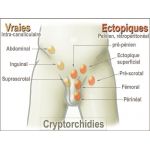 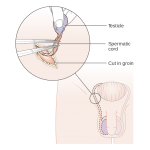 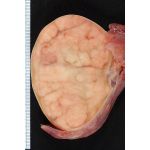