Abnormal sacs filled with liquid or semi-solid matter found in the ovary, which can have negative impact on female fertility.

An ovarian cyst (Pic. 1) is a fluid-filled sac within the ovary. They can vary in size from one or two centimetres to ten or more centimetres (Pic. 2).

Small follicular cysts are commonly found in the ovaries of prepubertal (before the usual onset of puberty) girls, and in most cases, they are of no clinical importance. These cysts are usually self-limiting and resolve spontaneously. However, occasionally, these cysts may enlarge and continue to produce estrogen, resulting in signs of sexual precocity (puberty occurring at an unusually early age).

Almost all premenopausal (before menopause) women will have them at some time or another, but only about 15% of menopausal women experience them.

Cysts can occur as a result of excessive stimulation by follicle stimulating hormone (FSH), or luteinising hormone (LH), or a sensitivity to these gonadotrophins (stimulate the gonads).

There are several types of cysts:

Graafian or follicular cyst are caused by a failed ovulation and can grow to 5cm before detection. These cysts are stimulated by FSH and oestrogen, progesterone is very low, as ovulation does not occur.

Generally the cyst will be reabsorbed back into the ovary, but occasionally it will burst causing a sharp pain, which about 25% of women experience. It will only occur on one side of the body, in the ovary in which it developed.

Corpus luteum cysts (Pic. 3) occur after ovulation. These cysts are stimulated by LH, which is attempting to make the follicle, now a cyst, ovulate.

The corpus luteum produces progesterone to support the growth of an embryo. If conception doesn't take place this normally breaks down and is reabsorbed. Unfortunately if a cyst does form, no progesterone is made.

Although a corpus luteum cyst does not normally cause problems, it can continue to grow causing pain in the lower abdomen. It may burst, which results is a sharp pain, again only on one one side.

Luteinising hormone normally stimulates ovulation and corpus luteum formation, but in the case of a cyst it merely makes it grow larger.

Hemorrhagic cyst (Pic.4) occur when a small blood vessel bursts within a cyst that has already formed, causing blood to fill the cyst. Abdominal pain occurs on the side the cyst formed, as the blood stretches the covering of the ovary, with clots sometimes forming. If it ruptures it generally causes a great deal of pain, which can last for a few days.

Dermoid cyst (Pic. 5) are a type of benign tumour, and can grow to about 15cm in diameter. They contain mostly fat, but bone, hair, and cartilage have been found. They can become inflamed and cause severe pain.

Sometimes they are called endometrial cysts (Pic. 6), are found in women who have endometriosis.

They occur when a piece of endometrial tissue breaks off from the endometrium and lodges in an ovary. As this is influenced by the surge of oestrogen in the first half of the cycle, it continues to grow no matter where it is.

As there is no outlet for the blood, it turns brown and can rupture causing pain on one side and spilling blood into the abdominal cavity.

Cystadenoma is another type of benign tumour that develops from cells on the surface of the ovary. Some growing to over 29cm in diameter.

Multiple cyst are occasionally found. It's not unusual for a woman to have more than one cyst, and on both ovaries. Polycystic ovaries should not to be confused with Polycystic Ovary Syndrome (PCOS).

Diagnosis is undertaken by pelvic examination with an ultrasound or other testing used to gather further details.

Often, cysts are simply observed over time. If they cause pain, medications such as paracetamol (acetaminophen) or ibuprofen may be used.

Hormonal birth control may be used to prevent further cysts in those who are frequently affected. However, evidence does not support birth control as a treatment of current cysts.

If they do not go away after several months, get larger, look unusual, or cause pain, they may be removed by surgery (Pic. 7). Surgical management should be deferred as long as possible to avoid the risk of repeat surgery, as precocious puberty due to ovarian cysts can resolve spontaneously and frequently recurs. However, if an attempt at surgical intervention is made, conservation of normal ovarian tissue for future fertility should be considered.

In juvenile hypothyroidism (develops when the thyroid gland fails to produce or secrete as much thyroid hormones as the body needs) multicystic ovaries are present in about 75% of cases, while large ovarian cysts and elevated ovarian tumor marks are one of the symptoms of the Van Wyk and Grumbach syndrome (a combination of hypothyroidism, precocious puberty and ovarian cysts).

Polycystic ovarian syndrome involves the development of multiple small cysts in both ovaries due to an elevated ratio of leutenizing hormone to follicle stimulating hormone, typically more than 25 cysts in each ovary, or an ovarian volume of greater than 10 mL.

Certain malignancies (cancers) can cause the cyst on the ovaries, also due to increased HCG (human chorionic gonadotropin).

Ovarian hyperstimulation occurs more often with invasive moles (a tumorous growth associated with gestation) and choriocarcinoma (an aggressive tumor) than complete molar pregnancies (tissue that normally becomes a fetus instead becomes an abnormal growth in uterus).

A ruptured ovarian cyst is usually self-limiting, and only requires keeping an eye on the situation and pain medications. The main symptom is abdominal pain, but they can also be asymptomatic. The pain may last from a few days to several weeks.

Rupture of large ovarian cysts can cause bleeding inside the abdominal cavity and in some cases shock.

Ovarian cysts increase the risk for ovarian torsion; cysts larger than 4 cm are associated with approximately 17% risk. The torsion can cause obstruction of blood flow and lead to infarction.

Larger bilateral cysts can develop as a result of fertility treatment due to elevated levels of HCG, as can be seen with the use of clomifene for follicular induction, in extreme cases resulting in a condition known as ovarian hyperstimulation syndrome.

As surgery sometimes becomes necessary, loss of the ovaries is a possibility, because sometime, the ovary have to be removed whole. Without one ovary, women is still capable of natural conception, because the second one will work for both of them.

If the removal is on both sides, women became sterile. The only option to became pregnant is to use the methodes of assisted reproduction with donor egg.

Patients and homeopathic practitioners feel equally unsure if homeopathic remedies can give them relief from their pains and sufferings, and can remove these cysts within a reasonable time span.

Some ovarian cysts are self-limited and typically require no treatment. Pharmacotherapy is used when cysts cause pain. Surgical intervention is indicated only in the rare case of ovarian torsion, or if development of secondary sexual characteristics and if the ovarian cyst fails to resolve or decrease in size within 3 months.

If ovarian cyst causes pain, medications such as paracetamol (acetaminophen) or ibuprofen may be used.

If conservative medical treatments fail to achieve a pregnancy, the physician may suggest the patient to use the methods of assisted reproduction.

Infertile couples may resort to egg donation or embryo donation when the female partner cannot have genetic children because she is not capable of egg production due to removal of both ovaries.

Surrogacy via a gestational carrier is also an option when a patient's medical condition prevents a safe pregnancy, where a patient has no ovaries and is also unable to carry a pregnancy to full term. 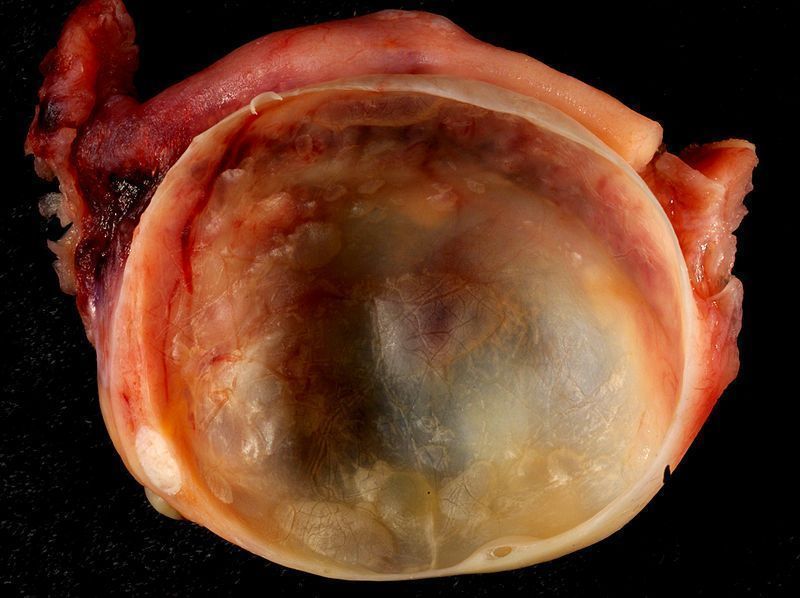 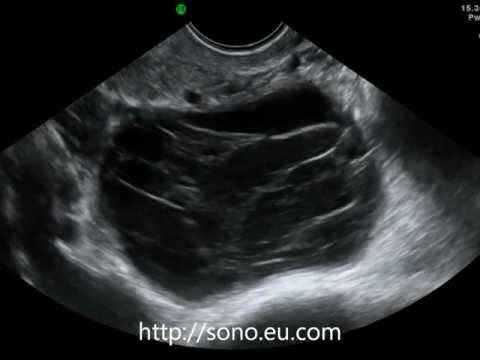 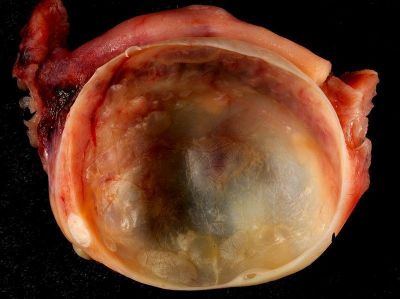 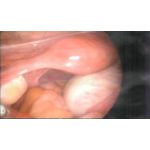 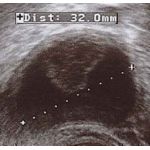 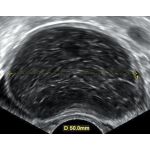 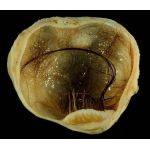 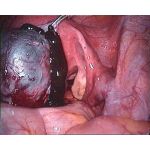 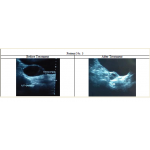