Pelvic inflammatory disease or pelvic inflammatory disorder (PID) is an infection of the upper part of the female reproductive system namely the uterus, fallopian tubes, or the ovaries. Around 2% of women are affected. The main complication is the formation of a pyosalpinx (abscess) and ectopic pregnancy is 6 times more likely after a pelvic infection. Often there may be no symptoms. Signs and symptoms, when present may include lower abdominal pain, vaginal discharge, fever, burning with urination, pain with sex, or irregular menstruation. Untreated PID can result in long term complications including infertility, ectopic pregnancy, chronic pelvic pain, and cancer.

The disease is caused by several bacteria, including chlamydia and gonorrhoea, infection usually starts within a few days of sex with an infected person, but it can take up to few months. Infections by Neisseria gonorrhoeae or Chlamydia trachomatis are present in 75 to 90 percent of cases. Often multiple different bacteria are involved. Without treatment about 10 percent of those with a chlamydial infection and 40 percent of those with a gonorrhea infection will develop PID. Risk factors are similar to those of sexually transmitted infections generally and include a high number of sexual partners and drug use. Vaginal douching may also increase the risk.

Diagnosis of PID is difficult because symptoms among women with PID vary widely from severe to none. For example, as many as 50% of women with tubal disease at infertility examination or ectopic pregnancy report having had no PID .The diagnosis is typically based on the presenting signs and symptoms. It is recommended that the disease be considered in all women of childbearing age who have lower abdominal pain. A definitive diagnosis of PID is made by finding pus involving the fallopian tubes during surgery. Ultrasound may also be useful in diagnosis. Two thirds of patients with laparoscopic evidence of previous PID were not aware they had PID. Although the PID infection itself may be cured, effects of the infection may be permanent. This makes early identification by someone who can prescribe appropriate curative treatment very important in the prevention of damage to the reproductive system. Since early gonococcal infection may be asymptomatic, regular screening of individuals at risk for common agents (history of multiple partners, history of any unprotected sex, or people with symptoms) or because of certain procedures (post pelvic operation, postpartum, miscarriage or abortion). Prevention is also very important in maintaining viable reproduction capabilities. If the initial infection is mostly in the lower tract, after treatment the person may have few difficulties. If the infection is in the fallopian tubes or ovaries, more serious complications are more likely to occur.

PID can cause scarring inside the reproductive organs, which can later cause serious complications.
Potential complications include:

PID can cause scarring and damage which can affect fertility. If both or one of the fallopian tubes are blocked due to scars and adhesions, then the sperm will not reach egg and egg cannot make way to the uterus. This prevents fertilization and also pregnancy. If only one fallopian tube in blocked, there is yet a possibility that a woman can get pregnant, since the other tube can release an egg and let a sperm swim through. Two blocked fallopian tubes, however, are not a good sign for women who wish to naturally become pregnant. Untreated PID can result in long term complications including ectopic pregnancy and infertility.

Getting regular gynecological (pelvic) exams with STI (a sexually transmitted infection) testing to screen for symptomless PID. Discussing sexual history with a trusted physician in order to get properly screened for sexually transmitted diseases. Regularly scheduling STI testing with a physician and discussing which tests will be performed that session.
Getting a STI history from your current partner and insisting they be tested and treated before intercourse. Treating partners to prevent reinfection or spreading the infection to other people.
Diligence in avoiding vaginal activity, particularly intercourse, after the end of a pregnancy (delivery, miscarriage, or abortion) or certain gynecological procedures, to ensure that the cervix closes.

The symptoms usually appear after a menstrual period. May be asymptomatic.

Lower abdominal pain is the most common presenting symptom, another symptomes are:

Treatment depends on the cause and generally involves use of antibiotic therapy. Anyone with PID and partners of patients with PID since six months prior to diagnosis should be treated to prevent reinfection. Psychotherapy is highly recommended to women diagnosed with PID as the fear of redeveloping the disease after being cured may exist. It is important for a patient to communicate any issues and/or uncertainties they may have to a doctor, especially a specialist such as a gynecologist, and in doing so, to seek follow-up care.
Pharmacotherapy

If the patient has not improved within two to three days after beginning treatment with the antibiotics, they should return to the hospital for further treatment. Drugs should also be given orally and/or intravenously to the patient while in the hospital to begin treatment immediately, and to increase the effectiveness of antibiotic treatment. Hospitalization may be necessary if the patient has tubo-ovarian abscesses; is very ill, immunodeficient, pregnant, or incompetent; or because a life-threatening condition cannot be ruled out. Treating partners for STIs (sexually transmitted infections) is a very important part of treatment and prevention. Anyone with PID and partners of patients with PID since six months prior to diagnosis should be treated to prevent reinfection.
For women with PID of mild to moderate severity, parenteral (taken into the body in a manner other than through the digestive canal) and oral therapies appear to have similar clinical efficacy. Many randomized trials have demonstrated the efficacy of both oral and parenteral regimens. Clinical experience should guide decisions regarding transition to oral therapy, which usually can be initiated within 24–48 hours of clinical improvement. Recommended parenteral regimens include cefoxitin or cefotetan plus doxycycline, and clindamycin plus gentamicin. An alternative parenteral regimen isampicillin/sulbactam plus doxycycline. A recommended oral regimen is ceftriaxone or cefoxitin plus doxycycline.
Surgical therapy

Surgical therapy is needed in 15-20% of cases so managed. If surgical therapy is warranted, the actual trend is toward conservation of reproductive potential with easy drainage, adhesiolysis, and copious irrigation or unilateral adnexectomy.
In younger women with mild distal tubal occlusive disease, laparoscopic surgery may be viewed as an alternative to IVF, but when the disease is severe or pregnancy does not occur during the first postoperative year, IVF is the logical choice. For older women with any significant degree of distal tubal disease, IVF is generally the first and best option because cycle fecundability after distal tubal surgery is low (1% to 2%), time is limited, and IVF is both more efficient and more effective.

A common modern day method of treatment is in vitro fertilization as it is more cost-effective, less invasive, and results are immediate. Treatments such as assisted reproductive technologies are used more often than surgery. Stimulated IUI (intrauterine insemination) can be suggested as the initial treatment in women with unilateral proximal or distal tubal occlusion. When woman has both tubes totally blocked (bilateral occlusion), the only possible treatment option is IVF-ICSI. 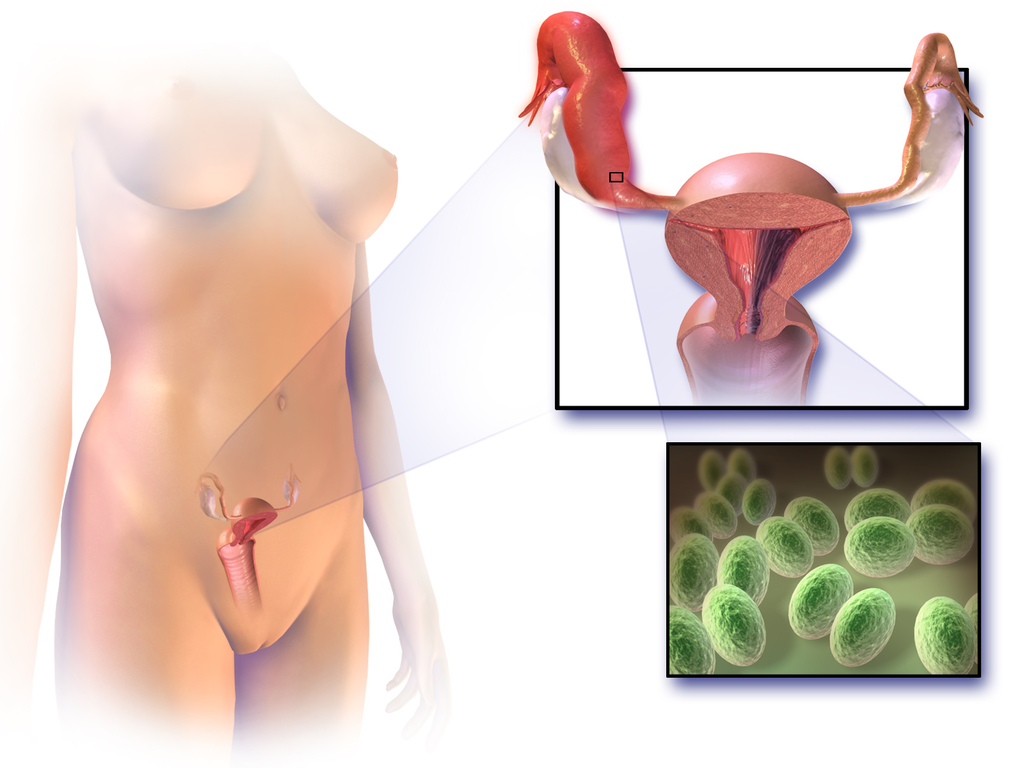 A common sexually transmitted disease (STD) caused by the Chlamydia trachomatis bacteria that can lead to serious reproductive morbidity.

A sexually transmitted infection caused by the bacterium Neisseria gonorrhoeae.

A temperature above the normal range due to an increase in the body's temperature set-point.

The removal of the fallopian tube and ovary on one side, or ovaries and tubes on both sides.

Antibiotics or antibacterials are a type of antimicrobial used in the treatment and prevention of bacterial infections. 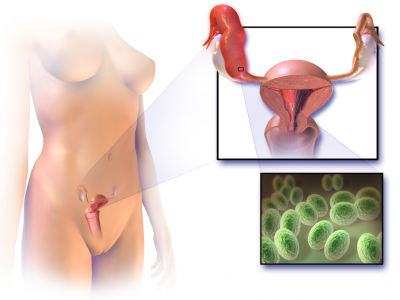 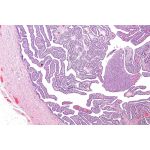 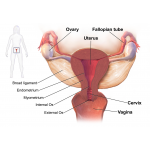