An infectious disease caused by the bacterium Mycobacterium tuberculosis and one of cause female infertility.

The mode of spread is hematogenous (involving, spread by, or arising in the blood) or lymphatic (spread by the lymph) and rarely from direct contiguity with an intra-abdominal organ or affected peritoneum. The fallopian tubes are the first and most commonly affected genital organs (90-100% of the cases) followed by endometrium (50-60% of the cases), and ovary (20-30% of the cases) leading to a variety of clinical presentations such as chronic lower abdominal or pelvic pain, vaginal bleeding, menstrual irregularity, and infertility.

There undoubtedly is an intermediate stage between minimal and advanced disease. This may be manifest by induration and thickening in the tubes, but this cannot be determined with certainty by bimanual examination (the use of both hands to inspection of the body to determine the presence or absence of disease) alone.

Diagnosing tuberculosis still remains a challenge. This is due to a wide variety of clinical presentation and lack of diagnostic tests with a good positive predictive and negative predictive value. A single, reliable, convenient, economical test that has a good degree of sensitivity and specificity is yet to be discovered.

Diagnosis still remains subjective, and is done usually at the time of laparoscopy (examination of the abdominal cavity or performance of minor abdominal surgery with the aid of a camera) done for evaluating infertility or chronic pelvic pain. Pathognomic sign of appearance of small tubercles all over the peritoneum that represent caseating granulomas is seen only rarely. Other findings include appearance of tubo-ovarian masses with varying degree of intra-pelvic adhesions, bead like growths or rigid lead-pipe appearance of fallopian tubes, hydrosalpingx (a distally blocked fallopian tube filled with serous or clear fluid) and military white tubercles on the serosa of the uterus (Pic. 1).

The treatment for pelvic TB is the same as for any other form of TB (such as lung TB). It is a treatment of antibiotics that lasts about six to eight months. The treatment offers relief from pain, but it cannot repair the fallopian tubes, if they have been affected.

Tubal pathologies may be responsible for primary (infertility without any previous pregnancy) and secondary infertility (fertility problems occurring in a couple that has conceived on their own and had a child in the past). The evaluation of the fallopian tube is necessary to determine the management plan of infertility. A number of diagnostic tests are being used in clinical practice to assess tubal patency as part of the work-up for subfertility (hysterosalpingography (HSG) and laparoscopy).

Tuberculosis prevention and control efforts rely primarily on the vaccination of infants and the detection and appropriate treatment of active cases. Bacillus Calmette–Guérin (BCG) vaccine is a vaccine primarily used against tuberculosis. Vaccination does not prevent infection by M. tuberculosis but it does strengthen the immune system of first-time TB patients.

Treatment of TB uses antibiotics to kill the bacteria. Effective TB treatment is difficult, due to the unusual structure and chemical composition of the mycobacterial cell wall, which hinders the entry of drugs and makes many antibiotics ineffective.

The goals of treatment are to ensure cure without relapse, to prevent death, to impede transmission, and to prevent the emergence of drug resistance. Long-term treatment with a combination of drugs is required. The major route of drug administration is through the oral cavity. This route provides the greatest comfort and convenience of dosing.

The antibiotics most commonly used are isoniazid, rifampicin, para-amino-salicylic acid (PAS) and streptomycin derivatives, and treatments can be prolonged, taking several months.

Isoniazid eradicates most of the rapidly replicating bacilli in the first 2 weeks of treatment, together with streptomycin and ethambutol. Thereafter, rifampicin and pyrazinamide have an important role in the sterilisation of lesions by eradicating organisms; these two drugs are crucial for successful 6-month treatment regimens. Rifampicin kills low or non-replicating organisms and the high sterilising effect of pyrazinamide serves to act on semidormant bacilli not affected by any other anti-TB agents in sites hostile to the penetration and action of the other drugs. Isoniazid and rifampicin, the two most potent anti-TB drugs, kill more than 99% of tubercular bacilli within 2 months of initiation of therapy.

Surgery is indicated in patients with advanced pelvic tuberculosis when the pelvic masses present at the onset of therapy still remain following a three to four months' treatment with antimicrobials. Surgery is also recommended in minimal tuberculosis when bacteriologic or microscopic examination reveals persistence or recurrence of tuberculous endometritis (inflammation of the endometrium, due to infection by Mycobacterium tuberculosis) or tubercle bacilli in menstrual blood after the patient has received antimicrobial therapy for at least one year. Following surgery, antimicrobial therapy should be given for at least one year if all foci have been removed. If there is any doubt as to whether these have been removed, antimicrobial therapy should be given for two years or more.

Early diagnosis with surgical exploration and adequate treatment can improve the chances of conception and also minimize morbidity.

In vitro fertilization (IVF) appears to be the only option for women suffering from infertility due to pelvic tuberculosis provided that the tuberculous process has not destroyed the uterine lining.

In vitro fertilization (IVF) is a process by which an egg is fertilised by sperm outside the body: in vitro . The process involves monitoring and stimulating a woman's ovulatory process, removing an ovum or ova (egg or eggs) from the woman's ovaries and letting sperm fertilise them in a liquid in a laboratory. The fertilised egg (zygote) is cultured for 2–6 days in a growth medium and is then implanted in the same or another woman's uterus, with the intention of establishing a successful pregnancy.

The success rate depends on variable factors such as maternal age, embryo status, reproductive history and lifestyle factors. Due to advances in reproductive technology, IVF success rates are substantially higher today than they were just a few years ago. 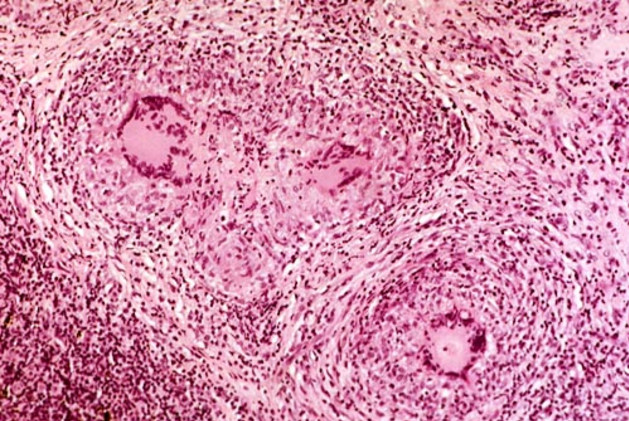 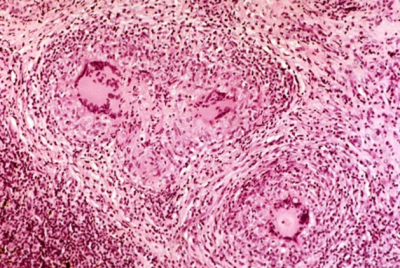