The pituitary is located at the base of the brain (Pic. 1) and sends signals to the thyroid and adrenal glands, and the ovaries and testes, directing them to produce thyroid hormone, cortisol, estrogen, testosterone, and others. These hormones have dramatic effects on blood pressure, sexuality, reproduction, and other vital body functions.

Whilst the pituitary gland is known as the master endocrine gland, both of the lobes are under the control of the hypothalamus.

The posterior pituitary stores and secretes (but does not synthesize) the following important endocrine hormones:

Deficiency of all anterior pituitary hormones is more common than individual hormone deficiency.

Adrenocorticotropic hormone deficiency leads to adrenal insufficiency, a lack of production of glucocorticoids such as cortisol by the adrenal gland. If the problem is chronic, symptoms consist of fatigue, weight loss, failure to prosper (in children), delayed puberty (in adolescents), hypoglycemia (low blood sugar levels), anemia and hyponatremia (low sodium levels). If the onset is abrupt, collapse, shock and vomiting may occur.

Prolactin (PRL) plays a role in breastfeeding, and inability to breastfeed may point at abnormally low prolactin levels.

Antidiuretic hormone (ADH) deficiency leads to the syndrome of diabetes insipidus (unrelated to diabetes mellitus): inability to concentrate the urine, leading to polyuria (production of large amounts of clear urine) that is low in solutes, dehydration and in compensation extréme thirst and constant need to drink (polydipsia), as well as hypernatremia (high sodium levels in the blood).

Oxytocin deficiency generally causes few symptoms, as it is only required at the time of childbirth and breastfeeding.

The diagnosis of hypopituitarism is made on blood tests. Two types of blood tests are used to confirm the presence of a hormone deficiency: basal levels, where blood samples are taken–usually in the morning–without any form of stimulation, and dynamic tests, where blood tests are taken after the injection of a stimulating substance. Measurement of adrenocorticotropic hormone (ACTH) and growth hormone usually requires dynamic testing, whereas the other hormones (LH/FSH, prolactin, TSH) can typically be tested with basal levels. There is no adequate direct test for ADH levels, but ADH deficiency can be confirmed indirectly; oxytocin levels are not routinely measured.

Hyperpituitarism is a condition due to the primary hypersecretion of pituitary hormones, it typically results from a pituitary adenoma (a type of pituitary gland tumor).

Pituitary adenomas are common. Although they are considered benign (not becoming cancerous) tumors, some of them are difficult to treat due to their tendency to recur despite standardized treatment. Functional (hormone secreting) tumors present other challenges for normalizing their biochemical activity.

Hormone secreting pituitary adenomas cause one of several forms of hyperpituitarism. The specifics depend on the type of hormone. Some tumors secrete more than one hormone, the most common combination being GH and prolactin, which present as unexpected bone growth and unexpected lactation (in both men and women).

Prolactinomas often start to give symptoms especially during pregnancy, when the hormone progesterone increases the tumor's growth rate.

Several hormone deficiencies associated with hypopituitarism may lead to secondary diseases. For instance, growth hormone deficiency is associated with obesity, raised cholesterol and the metabolic syndrome (a group of five risk factors that can increase your chances of developing heart disease, diabetes, and stroke), and estrogen deficiency may lead to osteoporosis (a disease where increased bone weakness increases the risk of a broken bone).

While effective treatment of the underlying hormone deficiencies may improve these risks, it is often necessary to treat them directly.

Pregnancies resulting from fertility treatment of hypopituitarism are associated with an increased risk of pregnancy complications such as abortion, anemia, pregnancy-induced hypertension (high blood pressure), placental abruption (a complication of pregnancy, wherein the placental lining separates from the uterus), premature birth, and postpartum hemorrhage (the loss of more than 500 ml or 1,000 ml of blood within the first 24 hours following childbirth). In those patients, close monitoring is necessary as changes may need to be made to their medications. Ultrasounds measurement is also needed for fetal growth assessment.

Risk factors of hypopituitarism are:

Risk factors of hyperpituitarism are:

Deficiency of luteinizing hormone (LH) and follicle-stimulating hormone (FSH), together referred to as the gonadotropins, leads to different symptoms in men and women.

Women with deficiency of LH and FSH experience oligo- or amenorrhea (infrequent/light or absent menstrual periods respectively) and infertility.

LH plays a role in the development of ova, induction of ovulation, and stimulation of estradiol and progesterone production by the ovaries. The levels of LH keep rising through the follicular phase (the phase of the menstrual cycle during which follicles in the ovary mature, it ends with ovulation). The increase in LH production only lasts for 24 to 48 hours. This "LH surge" triggers ovulation, thereby not only releasing the egg from the follicle.

With deficiency of luteinizing hormone, ovulation will not occur. Without ovulation, there is no egg to be fertilized, so the pregnancy is not possible.

LH and FSH are hormones, which are neccesary for development of sperms. FSH stimulates primary spermatocytes (sperm cells at their infancy) to undergo the first division of meiosis (a type of cell division that reduces the number of chromosomes in the parent cell by half and produces four reproductive cells), to form secondary spermatocytes.

FSH enhances the production of protein by the Sertoli cells (critical regulators of testis differentiation and development) by binding to FSH receptors on their membranes, and is critical for the initiation of spermatogenesis (production of sperm from the primordial reproductive cells).

Unexplained infertility may be a result of growth hormone deficiency due its role in reproductive system.

In women, it acts as a modulator on gonadotropins and follicular maturation. So, growth hormone deficiency may be tested as a possible cause of unexplained infertility.

Before pregnancy, the hormone levels should be restored to normal level.

Both sexes may experience a decrease in libido and loss of sexual function.

The hormones of the pituitary have different actions in the body, and the symptoms of hypopituitarism therefore depend on which hormone is deficient.

The most common problem is insufficiency of follicle-stimulating hormone (FSH) and/or luteinizing hormone (LH) leading to sex hormone abnormalities.

Sometimes, there are additional symptoms that arise from the underlying cause; for instance, if the hypopituitarism is due to a growth hormone-producing tumor, there may be symptoms of acromegaly (enlargement of the hands and feet, coarse facial features) (Pic. 4), and if the tumor extends to the optic nerve or optic chiasm (the part of the brain where the optic nerves partially cross), there may be visual field defects.

Headaches may also accompany pituitary tumors, as well as pituitary apoplexy (infarction or haemorrhage of a pituitary tumor) and lymphocytic hypophysitis (autoimmune inflammation of the pituitary). Apoplexy, in addition to sudden headaches and rapidly worsening visual loss, may also be associated with double vision that results from compression of the nerves that control the eye muscles.

Pituitary failure results in many changes in the skin, hair and nails.

Various psychiatric manifestations have been associated with pituitary disorders including pituitary adenomas. Psychiatric symptoms such as depression, anxiety, apathy, emotional instability, easy irritability and hostility have been noted.

Cushing's syndrome (CD) (Pic. 5) is a hormonal disorder that causes hypercortisolism, which is elevated levels of cortisol in the blood. CD results when a pituitary adenoma causes excessive secretion of adrenocorticotropic hormone. Cushing's disease may cause fatigue, weight gain, fatty deposits around the abdomen and lower back (truncal obesity) and face ("moon face"), stretch marks (striae) on the skin of the abdomen, thighs, breasts and arms, hypertension, glucose intolerance (pre-diabetes) and various infections. In women it may cause excessive growth of facial hair (hirsutism) and in men erectile dysfunction.

Psychiatric manifestations may include depression, anxiety, easy irritability and emotional instability. It may also result in various cognitive difficulties.

Central diabetes insipidus is caused by diminished production of the antidiuretic hormone vasopressin that causes severe thirst and excessive production of very dilute urine (polyuria) which can lead to dehydration.

There is no self or alternative therapy for this condition.

Prolactinomas may respond to dopamine agonist treatment–medication that mimics the action of dopamine on the lactrotrope cells, usually bromocriptine or cabergoline. This approach may improve pituitary hormone secretion in more than half the cases, and make supplementary treatment unnecessary.

Another option is surgical therapy of putuitary tumors. Two main types of surgery can be performed. Hormone secretion is restored after some time.

Most pituitary hormones can be replaced indirectly by administering the products of the effector glands: hydrocortisone (cortisol) for adrenal insufficiency, levothyroxine for hypothyroidism, testosterone for male hypogonadism, and estradiol for female hypogonadism (usually with a progestogen to inhibit unwanted effects on the uterus).

Growth hormone is available in synthetic form, but needs to be administered by injection.

Antidiuretic hormone can be replaced by desmopressin (DDAVP) tablets or nose spray.
Generally, the lowest dose of the replacement medication is used to restore wellbeing and correct the deranged results, as excessive doses would cause side-effects or complications.

Those requiring hydrocortisone are usually instructed to increase their dose in physically stressful events such as injury, hospitalization and dental work as these are times when the normal supplementary dose may be inadequate, putting the patient at risk.

Pituitary tumors require treatment when they are causing specific symptoms. Transsphenoidal surgery (removal of the tumor by an operation through the nose and the sphenoidal sinuses) may, apart from addressing symptoms related to the tumor, also improve pituitary function, although the gland is sometimes damaged further as a result of the surgery.

When the tumor is removed by craniotomy (opening the skull), recovery is less likely–but sometimes this is the only suitable way to approach the tumor. After surgery, it may take some time for hormone levels to change significantly. Retesting the pituitary hormone levels is therefore performed 2 to 3 months later.

If conservative medical treatments fail to achieve a full term pregnancy, the physician may suggest the patient undergo in vitro fertilization (IVF). IVF and ART generally start with stimulating the ovaries to increase egg production. Most fertility medications are agents that stimulate the development of follicles in the ovary.

Hormone replacement therapy is used before ART treatment to improve follicular growth and the success rate of pregnancy and those patients need higher doses for stimulating the process as compared with other causes of anovulation. The treatment consists of ovulation induction by administrating of gonadotropins. If it doesn´t work, the hormone replacement therapy consists of combination with growth hormone and then ovulation induction began.

After stimulation, the physician surgically extracts one or more eggs from the ovary, and unites them with sperm in a laboratory setting, with the intent of producing one or more embryos. Fertilization takes place outside the body, and the fertilized egg is reinserted into the woman's reproductive tract, in a procedure called embryo transfer.

In a natural cycle the embryo transfer takes place in the luteal phase at a time where the lining is appropriately undeveloped in relation to the status of the present Luteinizing Hormone.

Approximately 14 days after the embryo transfer the woman should have a quantitative beta hCG (human chorionic gonadotropin). This is the first measurable indication of embryo implantation. 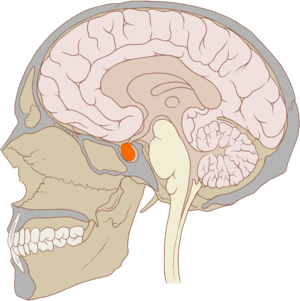 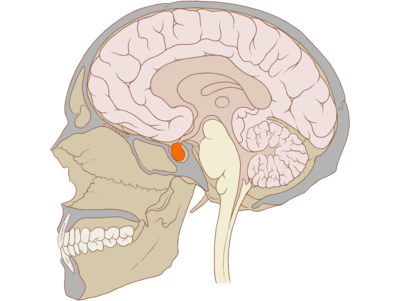 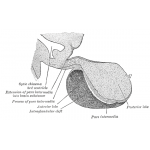 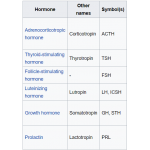 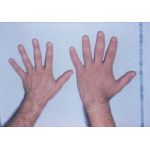 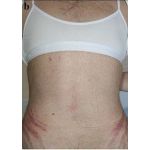