A condition of abnormally high concentration (more than 250 million / ml ) of sperm in the semen.

Polyzoospermia is a condition of abnormally high sperm count in the ejaculate (Pic. 1). According to the World Health Organization (WHO) criteria, men with sperm counts more than 250 million / ml are referred to as polyzoospermics.

The exact prevalence of polyzoospermia is not precisely established; however, generally it is a rare condition. Its etiologic factors therefore remain largely unknown. Several factors have been shown to influence semen parameters, one of which is sexual abstinence; a clinical criteria included in the semen evaluation to provide maximum sperm quality. There is general agreement that semen volume and sperm concentration will increase with prolonged sexual abstinence, but simultaneously it can have a negative impact on sperm motility and viability. Polyzoospermia may therefore be associated with longer periods of sexual abstinence; however it can also occur in men who ejaculate regularly.

Polyzoospermia is generally thought to contribute to male infertility and/or recurrent abortions in the partners of the patients. However, a definite proof of the reduced fertility potential in polyzoospermic men has not been found. Particularly, the sperm of polyzoospermic men, if used in assisted reproductive therapy, has normal fertilizing capacity and can produce a viable pregnancy. The best way to test your sperm count and quality is to book an appointment with your GP (general practitioner).

There are two methods used in the treatment of infertility due to polyzoospermia:

Both these methods have reportedly been successful in achieving a pregnancy.

In some patients, polyzoospermia may lead to infertility. This is especially associated with very high sperm counts, such as over 650 million per ml. Partners of polyzoospermic men may also have multiple or recurrent spontaneous abortions, which also contribute to lowered fertility.

It has been documented that the amount of semen released during an ejaculation increased with the duration of sexual abstinence. In some men, this can be accompanied by increased count of sperm cells.

Available data on polyzoospermia often yield inconsistent or contradictory results and the underlying association of high sperm count and reduced fertility is still not fully understood.

Some studies suggest that these individuals might have reduced sperm motility (ability of sperm to move properly through the female reproductive tract). This predominantly applies to patients with extremely high sperm counts, usually exceeding 650 million per ml of ejaculate. A possible explanation is that such high amount of sperm leads to rapid depletion of fructose (sugar) in the semen, which is used by the sperm as an energy source. The lack of fructose then causes impaired sperm motility. However, other studies have found no difference in sperm motility in polyzoospermic patients compared to healthy men with normal sperm counts. It seems that impaired sperm motility does not always accompany polyzoospermia. Moreover, the sperm morphology is completely normal in polyzoospermic men, and the sperm have been found to have normal mucus penetrating ability.

Another possible explanation for decreased fertility in patients with polyzoospermia is a functional defect of the acrosome (Pic. 2) a vesicle present in the head of the sperm cell, needed for successful penetration through the outer protective membrane of the ovum (egg) and fertilization of the ovum. One investigation shows that most of the spermatozoa (sperm cells) of polyzoospermic men do not undergo the acrosome reaction (release of enzymes contained within the acrosome) in vitro. Sperm cells with defective acrosomes are then incapable of fertilization and may cause impaired fertility.

Another factor contributing to reduced fertility of polyzoospermic men may be the higher rate of spontaneous abortion. This may be due to higher frequency of chromosomal abnormalities in the sperm, producing non-viable embryos. Or the increased sperm concentration may simply lead to more frequent fertilization of the egg by more than one sperm cell, which again produces a non-viable embryo. However, the exact mechanism of higher spontaneous abortion rate also still remains unknown.

There is currently no known reliable method of prevention. The only possible way of somewhat reducing the risk of polyzoospermia is avoiding longer periods of sexual abstinence.

There may be no symptoms at all, and infertility may be the only manifestation of the condition.

There are relatively few self therapy techniques and their effect is limited, however, ejaculating regularly and avoiding long periods of sexual abstinence can decrease the risk and the impact of polyzoospermia on fertility. Taking vitamin supplements is also recommended to improve the quality of the semen.

Methods of infertility management in polyzoospermic patients utilize medically prepared solutions to dilute the semen and effectively lower the concentration of sperm cells. As the sperm cells have normal morphology, their lower fertilizing capacity may stem from the abnormally high concentration, therefore lowering the concentration should restore their ability to successfully fertilize an ovum.

There are two methods using special solutions to dilute the sperm:

This method utilizes dilution of the semen by solutions applied before sexual intercourse into the vagina. This enables the couple to achieve a pregnancy in a natural way.

In vitro dilution of the semen is performed with 5% dextrose Ringer solution (a type of isotonic solution) and the sperm is then used for an artificial insemination. Some studies claim that the dextrose (a different name for glucose, the blood sugar) contained in the solution may be responsible for restoring the fertilizing capacity of the sperm by supplying the sperms cells with an energy source.

Surgery is not used in the treatment of polyzoospermia.

If IUI is not successful, the method of Intracytoplasmic sperm injection (ICSI) may be used. The ICSI procedure involves a single sperm carefully injected into the center of an egg using a microneedle. With ICSI, only one sperm per egg is needed.

Two techniques that enable to some extent the selection of physiologically normal spermatozoa have recently been developed. One of these is termed intracytoplasmic morphology-selected sperm injection (IMSI). Here, spermatozoa are selected for ICSI and analysed digitally prior to the microinjection procedure in order to deselect morphologically abnormal spermatozoa. With this technique, abnormalities not visible in standard ICSI procedures have been observed. IMSI increases the pregnancy rate during ICSI cycles, and some data suggests that the level of pregnancy termination is also decreased. A second technique recently introduced to assisted reproduction is that of sperm selection with hyaluronic acid (HA, an ubiquitous tissue component), e.g. (PICSI). In this technique, mature sperm with HA receptors are distinguished from immature and abnormal sperm since these do not express such receptors. 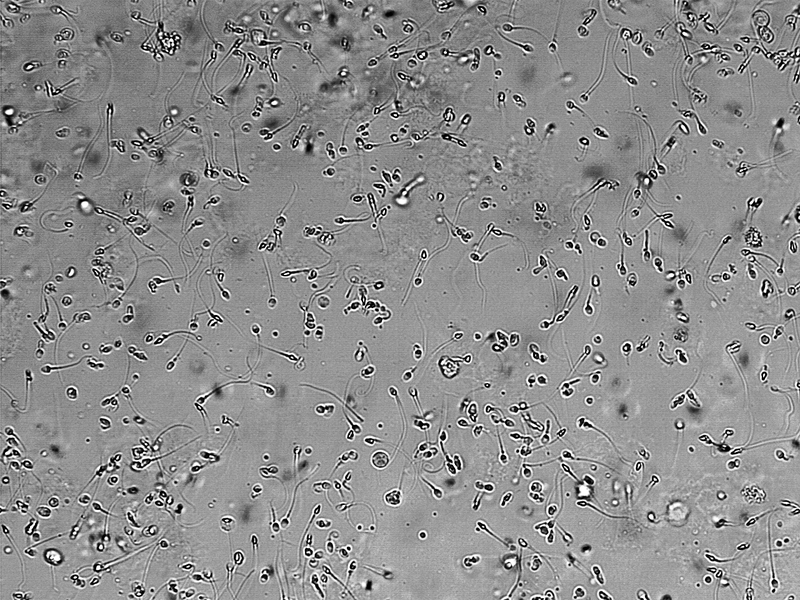 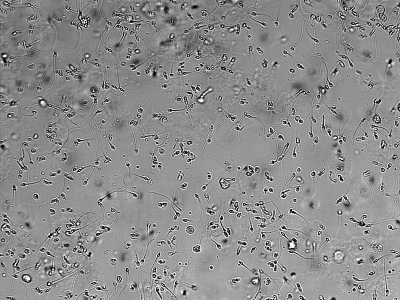 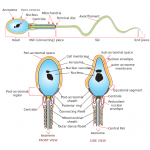