Premature ovarian failure is defined as a primary ovarian defect characterized by absent menarche (primary amenorrhea) or premature depletion of ovarian follicles/arrested folliculogenesis before the age of 40 years (secondary amenorrhea).
Hormonally, POF is defined by abnormally low levels of estrogen and high levels of FSH, which demonstrate that the ovaries are no longer responding to circulating FSH by producing estrogen and developing fertile eggs. The ovaries will likely appear shriveled.

It has been estimated that POF affects 1% of the female population.The age of onset can be as early as the teenage years, or can even exist from birth, but varies widely. POF is not the same as a natural menopause, in that the dysfunction of the ovaries, loss of eggs, or removal of the ovaries at a young age is not a normal physiological occurrence. Women suffering from POF usually experience menopausal symptoms that are more severe than the symptoms found in older menopausal women.

The cause of POF is usually unknown (idiopathic). Some cases of POF are attributed to autoimmune disorders, others to genetic disorders such as Turner syndrome and Fragile X syndrome. If it has a genetic cause, it may be called gonadal dysgenesis. Also, chemotherapy and radiation treatments for cancer can sometimes cause ovarian failure. In natural menopause, the ovaries usually continue to produce low levels of hormones, but in chemotherapy or radiation-induced POF, the ovaries will often cease all functioning and hormone levels will be similar to those of a woman whose ovaries have been removed. Family history and ovarian or other pelvic surgery earlier in life are also implicated as risk factors for POF.

Chemotherapeutic agents are classified into five classes according to their mode of action: alkylating agents, antimetabolites, aneuploidy inducers, radiomimetics and topoisomerase II inhibitors. Antitumour effects of these drugs are often accompanied by their damage on other organs, especially the reproductive system. There are several hypotheses for POF induction by chemotherapy (Pic. 1). First, chemici agents can impair follicular stock by driving ovarian cell apoptosis, leading to a finite number of primordial follicles and ensuing POF. Second, some chemical agents interfere with local hormonal regulation related to either follicular recruitment or rest. Third, some chemical agents may interrupt
interactions between the oocytes and GCs, which are crucial for follicular growth and maturation. For the above reasons, follicular storage decreases or the follicles do
not fully mature, increasing the POF risk.

There are two basic types of premature ovarian failure:

POF with possible ovarian failure is a devastating diagnosis for a young woman’s health and hopes of motherhood. The condition is important to identify and its causes are important to investigate and research for the preservation of future well-being. The physical, psychological, reproductive, and social impact is significant and will be greater when the condition develops in very young women and adolescents. Life expectancy may be reduced because of skeletal and organ effects. This impact will increase where diagnosis is delayed or the condition and its causes inadequately treated.

Osteoporosis or decreased bone density affects almost all women with POF due to an insufficiency of estrogen. There is also an increased risk of heart disease, hypothyroidism in the form of Hashimoto's thyroiditis, Addison's disease, and other auto-immune disorders.

Infertility as the result of this condition.

Women suffering from POF experience similar symptoms to natural menopause; however, these symptoms are also accompanied by an earlier loss of fertility. Therefore, women at risk of POF who delay childbearing until after their 30s may experience problems conceiving and carrying a pregnancy to full term. This loss of fertility can be due to an accelerated loss of follicles, an inability of the remaining follicles to respond to ovulatory signals, an initially reduced ovarian reserve at the time of birth, or a combination of all.

Avoiding exposure of toxins, such as cigarette, chemicals, pesticides and viruses.
Genetic screening test for those with family history of premature ovarian failure. Important for those, who want to find out if they carry a gene for the disease and might pass it to their children.

Usual signs and symptoms of premature ovarian failure include the following:

Acupuncture has been used in eastern Asian countries for thousands of years and suggested as an effective approach to managing vasomotor symptoms. It has been found effective in reducing the hot flush severity in perimenopausal and postmenopausal women.

HRT is based on the idea that the treatment may prevent discomfort caused by diminished circulating estrogen and progesterone hormones. The main types of hormones involved are estrogens, progesterone or progestins, and sometimes testosterone. According to the association on hormone replacement therapy and cardiovascular diseases and breast cancer incidence, doctors prefer that the benefits of hormone replacement therapy usually outweigh the potential risks in young women with premature ovarian failure. It is often referred to as "treatment" rather than therapy.

Calcium and vitamin D supplements: These treatments are important for bone health and help decrease the risk of  development of osteoporosis.
﻿﻿﻿﻿﻿﻿﻿
Surgical therapy

Damaged ovarian function can be rescued after stem cell transplantation. There are several stem cell types that have been investigated in POF treatment. Their recovery of ovary function demonstrates some significant differences from other techniques, some of which are listed in Table 1.

Clinical applications of stem cell therapy have become popular for treating premature ovarian failure. Oocyte and granulosa cells regeneration along with the re-establishment of hormone or cytokine profiles supporting stem cell follicular development may be involved in the improvement of both the damaged ovary function and fertility recovery. Nevertheless, the mechanism behind this still remains unclear. Although these stem cells may potentially differentiate into oocytes or granulosa cells, studies have proved they could not develop into fully functional follicles in vivo. Both the proliferation and apoptosis (programmed cell death) of granulosa cells are critical in the development of follicles. Greater numbers of studies have revealed stem cells transplanted into the damaged ovary are more inclined to differentiate into granulosa cell-like cells to replenish the lost granulosa cells. Additionally, factors produced by stem cells could inhibit stromal cell apoptosis, thereby playing a part in rescuing damaged ovarian function.

Infertility is a common complication of premature ovarian failure. The only solution presently available for the fertility defect in women with absent follicular reserve is egg donation. 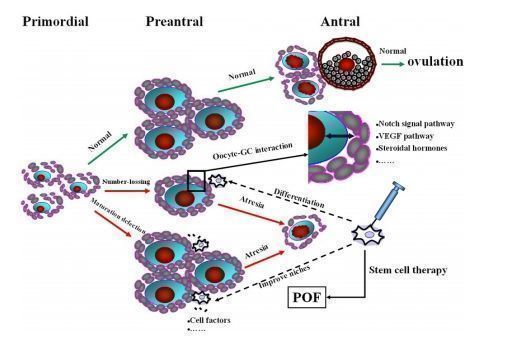 The condition of elevated concentrations of gonadotropins within the blood.

Genetic condition that is the most common inherited cause of intellectual disability, as well as the most frequent cause of autism spectrum disorder.

Various types of conditions that can affect the function of the heart or blood vessels, which may have the negative effect also to the infertility

A steroid and estrogen sex hormone produced in the ovaries of females.

A category of cancer treatment that uses one or more anti-cancer drugs.

A damage to body caused by a large dose of radiation.

A pain is felt anywhere in the chest area from the level of shoulders to the bottom of ribs.

A chronic condition characterized by low bone mass and increased risk of fracture.

A term describing a person whose body weight is considered too low to be healthy. 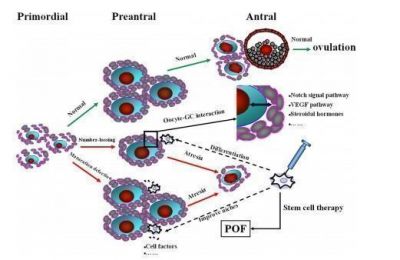 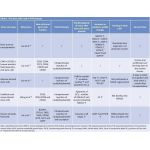