A kidney cancer that originates in a part of the very small tubes in the kidney that transport waste molecules from the blood to the urine.

Renal cell carcinomas (RCCs) is a kidney cancer that originates in a part of the very small tubes in the kidney that transport waste molecules from the blood to the urine. RCCs are the seventh most common histological type of cancer in the Western world and have maintained an increasing prevalence, representing 1% to 3% of all malignant visceral neoplasms. Approximately 40% of patients with RCC die because of the disease progression, thus this tumor is the most lethal malignant urological tumor. Scientists aren‘t sure exactly what causes renal cell carcinoma. Currently, most RCCs are incidentally found at imaging investigations, whether for urological reasons or not. There is a clear predominance of men among patients with RCC, representing two thirds of cases.

The histological classification of RCCs is extremely important, considering the significant implications of the subtypes in the prognosis and treatment of these tumors. As already known, with the recent developments in immunohistochemistry (microscopy-based technique for visualizing cellular components), imaging-guided percutaneous biopsy (acquiring renal tissue guided with computed tomography (CT) or ultrasound) became a minimally invasive method with relatively high accuracy in the preoperative histopathological characterization of renal tumors. However, despite its minimum invasiveness, percutaneous biopsy involves risks and limitations and currently it is only indicated in cases where a renal tumor cannot be radiologically characterized or in specific clinical situations.

In this context, a preoperative radiological characterization of RCCs subtypes (Pic. 1) is of utmost importance and, depending on the clinical situation, it may be supplemented or not by confirmatory percutaneous biopsy (a minimally invasive approach for obtaining tissue). Such a procedure is particularly useful in cases of patients with poor surgical condition, metastatic disease, solitary kidney and tumor lesion difficult to be treated by conservative surgery, and in patients eligible for molecular targeted therapy.

Currently, according to the 2004 WHO (World Health Organisation) classification, several histological RCC subtypes are recognized (Pic. 2).

The prognosis is influenced by several factors, including tumour size, degree of invasion and metastasis, histologic type, and nuclear grade (Pic. 3). Initial treatment is most commonly either partial or complete removal of the affected kidney(s). Where the cancer has not metastasised (spread to other organs) or burrowed deeper into the tissues of the kidney, the 5-year survival rate is 65–90%, but this is lowered considerably when the cancer has spread.

When RCC metastasises, it most commonly spreads to the lymph nodes, lungs, liver, adrenal glands, brain or bones.
RCC is also associated with a number of paraneoplastic syndromes (PNS) which are conditions caused by either the hormones produced by the tumour or by the body's attack on the tumour and are present in about 20% of those with RCC. These syndromes most commonly affect tissues which have not been invaded by the cancer.

The most common PNSs seen in people with RCC are:

In 2% of males, usually left testicle has obstructed testicular vein due to renal cell carcinoma causing varicocele. Varicocele is a common abnormality with the following andrological implications: failure of ipsilateral testicular growth (affecting the same side of the body) and development, symptoms of pain and discomfort, and male infertility caused by impaired normal sperm production (spermatogenesis) and hence decreases the odds of fertilization. Varicocele is a physical abnormality present in 11.7% of men with normal semen analysis and in 25.4% of men with abnormal semen.

Possibly, the treatment of RCC could have a negative side effect at fertility in both men and women (namely sunitinib, pazopanib and axitinib) due to its reproductive toxicity.

The risk of renal cell carcinoma can be reduced by maintaining a normal body weight.

It is now known that the classic triad of symptoms (see first three below) only occurs in 10–15% of cases, and is usually indicative that the RCC in an advanced stage. Today, RCC is often asymptomatic (meaning little to no symptoms) and is generally detected incidentally when a person is being examined for other ailments.

The initial symptoms of RCC often include:

The acupuncture may be used as supportive therapy in anti-cancer treatment because it enhances anticancer immune functions by stimulating natural killer (NK) cells – a type of white blood cells critical to the innate immune system. Traditional Chinese medicine may be used as an adjuvant for cancer immunotherapy, appears to have the potential for toxicity.

The type of treatment depends on multiple factors and the individual, some of which include the stage of renal cell carcinoma (organs and parts of the body affected/unaffected), type of renal cell carcinoma, pre-existing or comorbid conditions (see risk factors above) and overall health and age of the person. Pharmacotherapy with targeted drugs is often used as the first line of treatment against advanced kidney cancers. Targeted drugs can often shrink or slow the growth of the cancer for a time, but it doesn’t seem that any of these drugs can actually cure kidney cancer. Surgery is the main treatment for most kidney cancers. The chances of surviving kidney cancer without having surgery are small.

Immunotherapy is a method that activates the person's immune system and uses it to their own advantage. It was developed after observing that in some cases there was spontaneous regression. Immunotherapy capitalises on this phenomenon and aims to build up a person's immune response to cancer cells. Other targeted therapy medications inhibit growth factors that have been shown to promote the growth and spread of tumours.

Nephrectomy or partial nephrectomy is a surgical removal of all or part of the kidney. This may include some of the surrounding organs or tissues or lymph nodes. If cancer is only in the kidneys, which is about 60% of cases, it can be cured roughly 90% of the time with surgery.

Surgical nephrectomy may be "radical" if the procedure removes the entire affected kidney. This method, although severe, is effective. But it is not always appropriate, as it is a major surgery that contains the risk of complication both during and after the surgery and can have a longer recovery time. It is important to note that the other kidney must be fully functional, and this technique is most often used when there is a large tumour present in only one kidney. In cases where the tumor has spread, this portion of the tumor can be surgically removed, as well.

Surgery is increasingly performed via laparoscopic techniques. Commonly referred to as key hole surgery, this surgery does not have the large incisions seen in a classically performed radical or partial nephrectomy, but still successfully removes either all or part of the kidney. Laparoscopic surgery is associated with shorter stays in the hospital and quicker recovery time but there are still risks associated with the surgical procedure. These have the advantage of being less of a burden for the patient and the disease-free survival is comparable to that of open surgery.

If metastatic disease is present surgical treatment may still a viable option. Radical and partial nephrectomy can still occur, and in some cases if the metastasis is small this can also be surgically removed. This depends on what stage of growth and how far the disease has spread.

Laparoscopic cryotherapy can also be done on smaller lesions. Typically a biopsy is taken at the time of treatment. Intraoperative ultrasound may be used to help guide placement of the freezing probes. Two freeze/thaw cycles are then performed to kill the tumor cells. As the tumor is not removed followup is more complicated (see below) and overall disease free rates are not as good as those obtained with surgical removal.

Assisted reproductive technology (ART) is the technology used to achieve pregnancy in procedures such as fertility medication, artificial insemination, in vitro fertilization and surrogacy. If conservative medical treatments fail to achieve a full term pregnancy, the physician may suggest the patient undergo in vitro fertilization. IVF and ART generally start with stimulating the ovaries to increase egg production. Most fertility medications are agents that stimulate the development of follicles in the ovary. Examples are gonadotropins and gonadotropin releasing hormone. After stimulation, the physician surgically extracts one or more eggs from the ovary, and unites them with sperm in a laboratory setting, with the intent of producing one or more embryos. Fertilization takes place outside the body, and the fertilized egg is reinserted into the woman's reproductive tract, in a procedure called embryo transfer.

Intracytoplasmic sperm injection (ICSI) is beneficial in the case of male factor infertility where sperm counts are very low or failed fertilization occurred with previous IVF attempt(s). The ICSI procedure involves a single sperm carefully injected into the center of an egg using a microneedle. With ICSI, only one sperm per egg is needed.

Options exist for people interested in having a child when a prospective parent carries a gene mutation that increases the risk for this hereditary cancer syndrome. Preimplantation genetic diagnosis (PGD) is a medical procedure done in conjunction with in-vitro fertilization (IVF). It allows people who carry a specific known genetic mutation to have children who do not carry the mutation. When the embryos reach a certain size, 1 cell is removed and is tested for the hereditary condition in question. The parents can then choose to transfer embryos which do not have the mutation. PGD has been in use for over 2 decades, and has been used for several hereditary cancer predisposition syndromes. However, this is a complex procedure with financial, physical, and emotional factors to consider before starting. 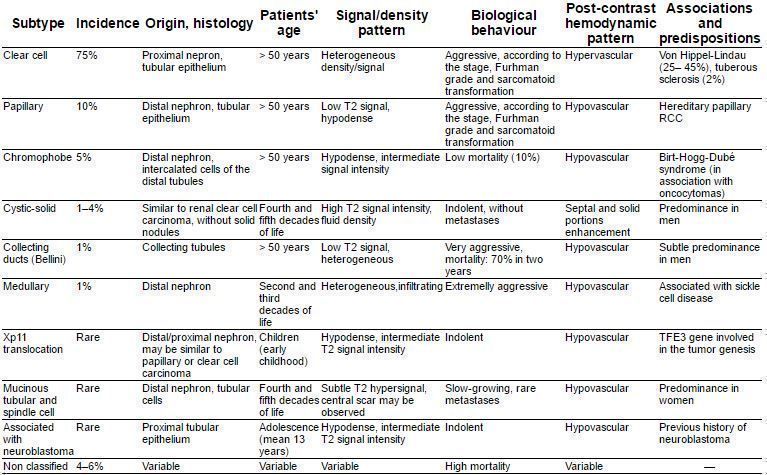 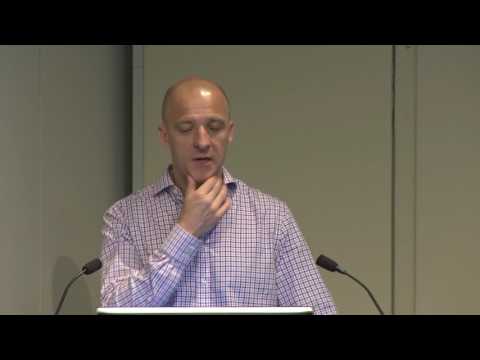 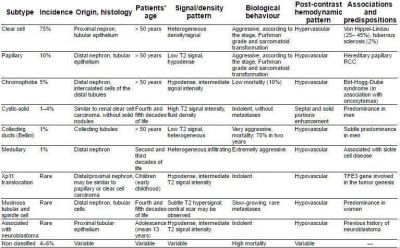 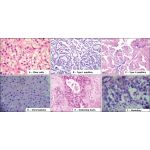 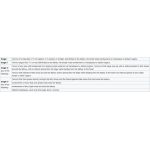