Another underlying cause for this phenomenon may be ejaculatory duct obstruction. During a male orgasm, sperm are released from the epididymis and travel via small tubes called the vas deferens. The sperm mix with seminal fluid in the seminal vesicles, prostate fluid from the prostate gland, and lubricants from the bulbourethral gland. During climax, muscles at the end of the bladder neck tighten to prevent retrograde flow of semen. In retrograde ejaculation, these bladder neck muscles are either very weak or the nerves controlling the muscles have become damaged (for anatomical details see the picture gallery).

Overall, anatomical causes can involve the bladder neck, for example by being rendered incompetent by transurethral resection of the prostate or bladder neck incision; the urethra, such as urethral stricture or posterior urethral valves; or the extrinsic sphincter, such as failure to relax. Neurogenic causes can be a result of disease such as multiple sclerosis, or injury such as spinal cord injury, or following surgery due to disruption of the innervations such as retroperitoneal lymph-node dissection, after abdomino-perineal resection, or sympathectomy. Various drugs can also prevent normal ejaculation, such as alpha-antagonists, antidepressants or antipsychotics.

The treatment of retrograde ejaculation is based on underlying aetiology. Anatomical causes, for instance, after prostate surgery, are rarely curable, and sperm harvesting from the urine should be considered if pregnancy is desired. Pharmacological causes are generally reversible by withdrawing the causative drug(s). Patients with neurological conditions may respond to alpha-agonists, which work by closing the bladder neck and thus promoting antegrade ejaculation. There have been some reports on the role of penile vibratory stimulation for the treatment of ejaculatory difficulties, although most have targeted those with anejaculation, such as in spinal cord injury, rather than retrograde ejaculation.

Retrograde ejaculation can often be confused with anejaculation, especially in case of orgasmic anejaculation, and they share some fundamental aspects of the etiology. Diagnosis is usually performed by urinalysis when urine is examined for the presence of semen, shortly after ejaculation. In cases of retrograde ejaculation, the specimen will contain an abnormal level of sperm. If there are no sperm in the urine, it may be due to damage to the prostate as a result of surgery or prior radiation therapy.

Males with retrograde ejaculation are not irreversibly infertile because sperms are presented in urine and it is possible to isolate them with the help of assisted reproduction techniques. The  procedure includes adjustment of the osmolarity of the patient's urine by drinking water. The small amount of antegrade-produced ejaculate is collected in a plastic beaker, while the retrograde fraction of the ejaculate needs to be urinated immediately into a jar with culture medium containing human serum albumin to dilute the urine. Finally, the urine/medium mixture has to be centrifuged, resuspended and filtrated on the glass wool column where sperms are separated. When the sperm is isolate than it could be injected directly into the egg (which is maintained from woman by transvaginal oocyte retrieval). The following procedure is IVF-ICSI.

Ask your doctor if medications, which you take can caused retrograde ejaculation.

If you need to undergo surgery that can affect the bladder neck muscle (prostate or bladder surgery), there is risk of retrograde ejaculation. If you plan to have children in the future, you can preserve semen before the surgery in sperm bank.

There is not any alternative therapy for this condition.

In pharmacoteherapy are used substances which help the bladder neck
muscle close during ejaculation. Following drugs are used:

If a couple is experiencing infertility as a result of retrograde ejaculation and medications are not helping, the male's urine with ejaculate may be centrifuged and the isolated sperm injected directly into the woman's oocyte during IVF-ICSI procedure.

In more severe cases, where are no sperm present, surgical retrieval methods (TESE, micro TESE, etc.) may be used. 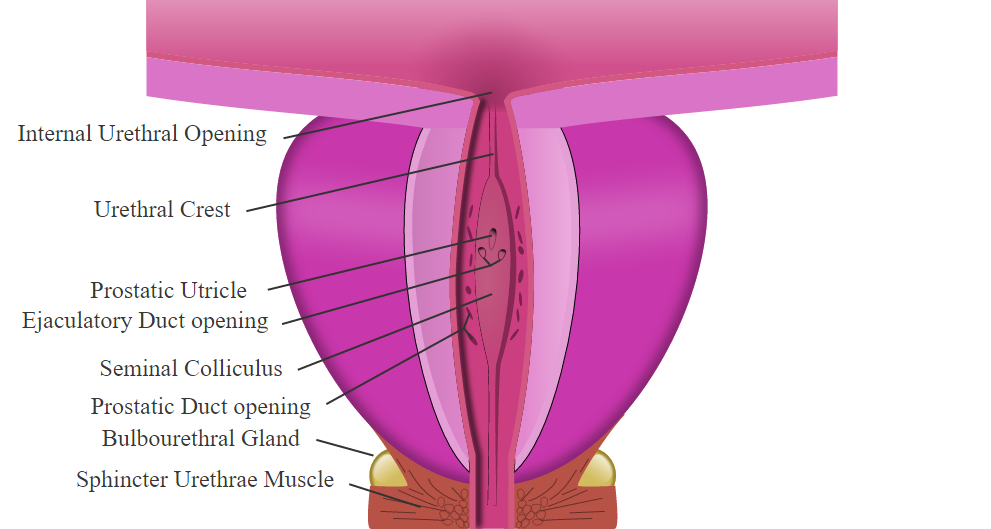 A noncancerous increase in size of the prostate.

Bulborethral gland is one of two small exocrine glands in the reproductive system of male.

A tube that connects the urinary bladder to the urinary meatus for the removal of fluids from the body.

One of two simple tubular glands responsible for the production of about 60 percent of the fluid that ultimately becomes semen.

Hollow, expandable organ serving as a reservoir for urine prior to its expulsion from the body.

The physiological process by which a penis becomes erect by being engorged with blood.

A broad group of drugs that are used in the treatment of depression and could negatively affect sexual function.

A class of medications prescribed to treat mental health issues involving psychosis or delusions and leading to hormonal imbalances.

A condition in which the body either does not produce enough, or does not properly respond to insulin, a hormone produced in the pancreas.

A medical term for the surgical removal of all or part of the prostate gland.

Surgical removal of all or part of the prostate gland.

A damage of the spinal cord that causes changes in its function, either temporary or permanent.

Lack of semen with ejaculation

Aspermia is the complete lack of semen with ejaculation.

Method, which uses a laser to identify viable sperm cell, recommended in MESA/TESA IVF cycles or in patients diagnosed with sperm immotility.

A non-invasive method of the sperm isolation in the case of retrograde ejaculation. 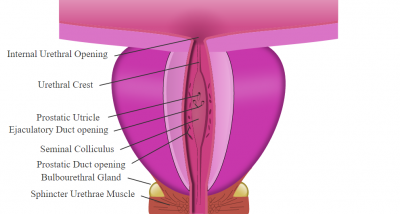