High level of DNA damage in sperm cells that may lead to male infertility.

Sperm DNA fragmentation (multiple breaks of the DNA) denotes a high proportion of damaged DNA in the sperm (Pic. 1). The DNA is the genetic material of the sperm cells, and its integrity (intact state) is crucial for successful fertilization and healthy embryo development. Fragmentation of the sperm DNA may then lead to male infertility that cannot be detected by conventional sperm examinations.

The major factor contributing to increased sperm DNA fragmentation is oxidative stress. This represents a high concentration of so-called ROS (reactive oxygen species), highly reactive oxygen compounds that can attack and damage the DNA of the sperm cells while they are stored in the epididymis (a tube connecting the testis to the vas deferens, where the sperm is stored). This may be due to:

An infection of the male genital tract causes inflammation and a high level of white blood cells in the semen (leukospermia, Pic. 2). Both of these factors lead to increased oxidative stress and to damage sustained by the sperm DNA, resulting in its fragmentation.

Elevated temperature in the testicles

Sperm cells require the right scrotal temperature, which is slightly lower than the temperature in the rest of the body, for their healthy development. Conditions that elevate this temperature repeatedly or continuously may lead to increased sperm DNA fragmentation and lower fertility. This is mainly the case of varicocele, which is mentioned separately later on. However, wearing tight or very warm clothing, taking regular hot baths or frequently using the sauna may also cause an elevated testicular temperature. These factors, however, have yet to be confirmed in further studies.

Varicocele (Pic. 3) is an enlargement of the venous plexus, called the pampiniform plexus, in the scrotum. When the blood flow in these veins is compromised, they become dilated and enlarged. This leads to an increase in the testicular temperature, as the heat is not channelled away with the blood, which in turn reduces the quality of the sperm. Elevated testicular temperature in men with reduced sperm quality and varicocele have been demonstrated as well as the reduction in temperature following varicocele repair. Furthermore, varicocele is associated with elevated levels of white blood cells in the semen, which also contributes to oxidative stress and increased sperm DNA fragmentation.

Many lifestyle factors may cause a condition of increased oxidative stress, and therefore induce sperm DNA fragmentation. Among the most common are smoking, drug abuse, excessive alcohol intake, environmental pollution and an unhealthy diet.

Sperm DNA fragmentation increases with age, as damage sustained by the DNA of the sperm cells builds up. One of the causative mechanisms can be increasing production of ROS and decreasing capacity of neutralizing them. At the age of 40, the level of sperm DNA fragmentation due to age is statistically significant.

The treatment of high sperm DNA fragmentation should address the underlying cause. In many cases, the level of oxidative stress can be reduced by simple lifestyle changes: not smoking, abstaining from recreational drugs or eating a healthy diet. In cases of genital tract, treatment with antibiotics is necessary. Sperm DNA fragmentation due to varicocele can be effectively resolved by curing the varicocele, either surgically or by embolization (therapeutic blockage of the inside of the vessel).

The most important complication of sperm DNA fragmentation is male infertility, possibly affecting otherwise healthy males with normal sperm parameters. The partners of men with elevated sperm DNA fragmentation may have increased spontaneous abortion rates, as the sperm cells with fragmented DNA are capable of fertilizing an embryo, but such embryos have a poor chance of healthy development.

Several studies show that spermatozoa with DNA fragmentation are able to fertilize an oocyte, but are related to abnormal quality embryo, block in the blastocyst (early stage of the embryo) development, and lower pregnancy rates either natural or using intrauterine insemination (IUI), IVF, or ICSI procedures.

As oxidative stress plays a major role in sperm DNA fragmentation, increasing the intake of natural antioxidants, such as vitamins A, C and E, may help prevent high ROS levels. Activities that are a source of ROS, such as smoking and use of recreational drugs, should be avoided.

The condition may have no symptoms at all and will manifest itself only with unexplained male infertility. Men with abnormal sperm parameters and lower sperm viability are more likely to have increased sperm DNA fragmentation, but it can be seen even in completely healthy men with no abnormalities of the sperm parameters.

If the sperm DNA fragmentation is caused by genital tract infection, patients will also present with elevated temperature or fever, pain, tenderness and swelling in the affected area, and redness and pyrexia of the overlying skin. Most infections of the male genital tract, such as orchitis (inflammation of the testicle) or epididymitis (inflammation of the epididymis) also produce leukospermia.

If it is caused by varicocele, the most striking symptom are the changes of the scrotum. Upon palpation of the scrotum, a non-tender, twisted mass along the spermatic cord is felt. Palpating a varicocele can be likened to feeling a bag of worms.

For patients who do not suffer from varicocele or genital tract infection, avoiding high ROS levels may provide an effective self-treatment method. Smoking and the use of drugs, both being potent sources of ROS, should be strictly avoided. Eating a healthy, balanced diet is advised, especially one rich in fresh fruits that contain a lot of vitamins C and E, which act as natural antioxidants. Exercising regularly and avoiding too much stress also helps to lower ROS production.

The method of treatment depends on the underlying condition. If there is an identified cause of the elevated sperm DNA fragmentation, such as a genital tract infection or varicocele, proper treatment is necessary to prevent further damage to sperm DNA. Generally, pharmacotherapy is used in the treatment of genital tract infection that causes inflammation, high level of white blood cells in the sperm, and therefore, increased sperm DNA fragmentation due to oxidative stress. Surgery is used in the treatment of varicocele.

Antibiotics can be used in the treatment of genital tract infection (one of the causes of DNA fragmentation) when a bacterial pathogen has been identified. With the knowledge of the causative pathogen, targeted antibiotic therapy can be administered. Dosage must be determined carefully to ensure that optimum therapeutic drug levels are achieved at the site of infection without causing significant toxicity (side effects) to the patient. With successful antibiotic treatment, the inflammation should subside and the level of white blood cells in the sperm should decrease.

Surgical therapy is generally used in the treatment of varicocele, which is one of the most frequent causes of male infertility. The surgical treatment is called varicocelectomy, which involves ligation of testicular veins. This operation can be done by open, laparoscopic, microscopic, or embolization unilaterally or bilaterally.

An alternative to surgery is embolization, a minimally invasive treatment for varicocele that is performed by an interventional radiologist. This involves passing a small wire through a peripheral vein and into the abdominal veins that drain the testes. Through a small flexible catheter, the doctor can obstruct the veins so that the increased pressures from the abdomen are no longer transmitted to the testicles.

There is evidence that surgical therapy of varicocele restores the sperm DNA integrity, normalizes sperm parameters and therefore, improves fertility.

If conservative medical treatments fail to achieve a pregnancy, the physician may suggest the patient to use the methods of assisted reproduction. Assisted reproductive technology (ART) is the technology used to achieve pregnancy in procedures such as fertility medication, artificial insemination, in vitro fertilization and surrogacy. It is reproductive technology used primarily for infertility treatments, and is also known as fertility treatment. It mainly belongs to the field of reproductive endocrinology and infertility, and may also include intracytoplasmic sperm injection (ICSI) and cryopreservation. Some forms of ART are also used with regard to fertile couples for genetic reasons (preimplantation genetic diagnosis). ART is also used for couples who are discordant for certain communicable diseases; for example, HIV to reduce the risk of infection when a pregnancy is desired.

Two techniques that enable to some extent the selection of physiologically normal spermatozoa have recently been developed. One of these is termed intracytoplasmic morphology-selected sperm injection (IMSI). Here, spermatozoa are selected for ICSI and analysed digitally prior to the microinjection procedure in order to deselect morphologically abnormal spermatozoa. With this technique, abnormalities not visible in standard ICSI procedures have been observed. IMSI increases the pregnancy rate during ICSI cycles, and some data suggests that the level of pregnancy termination is also decreased. A second technique recently introduced to assisted reproduction is that of sperm selection with hyaluronic acid (HA), e.g. physiological intracytoplasmic sperm injection (PICSI). In this technique, mature sperm with HA receptors are distinguished from immature and abnormal sperm since these do not express such receptors.

Men who ejaculate no sperm, because of blocked tubes in their testes, or because of a genetic condition that prevents their sperm being released, require some form of surgical sperm retrieval to enable ICSI to take place. Epididymal sperm obtained by microsurgical aspiration (MESA) or percutaneous sperm aspiration (PESA) and testicular sperm obtained by surgical excision (TESE, Pic. 4) or percutaneous aspiration (TESA) are used in ICSI treatment. Alternatively, the retrieved sperm can be cryopreserved (stored using special freezing methods) for use in future sperm injection attempts.

Patients with sperm DNA fragmentation may benefit from methods of sperm extractions directly from the testis, such as TESA or TESE. With these methods, sperm cells that have not been exposed to high levels of ROS outside the testicle may be acquired for later use. 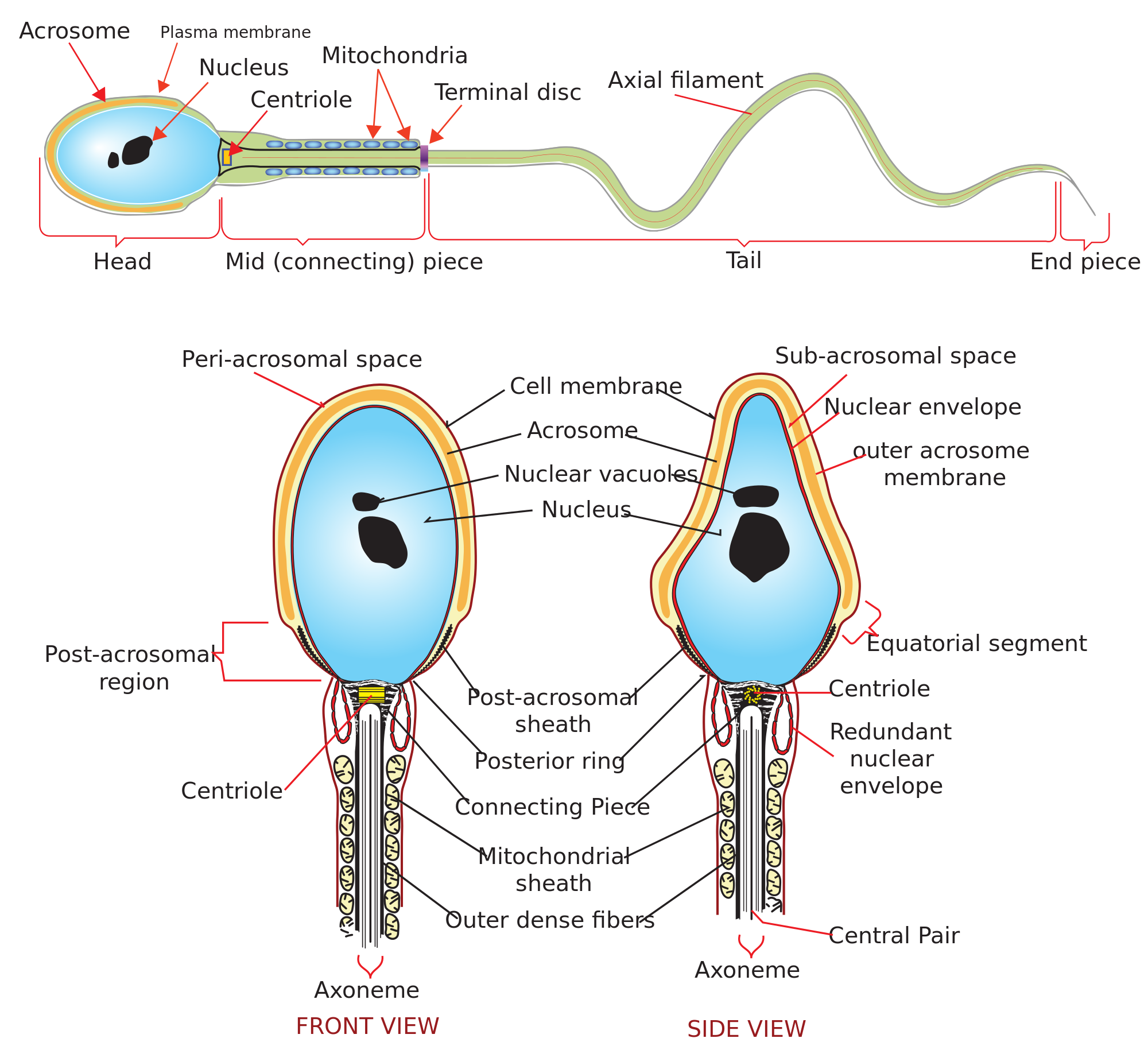 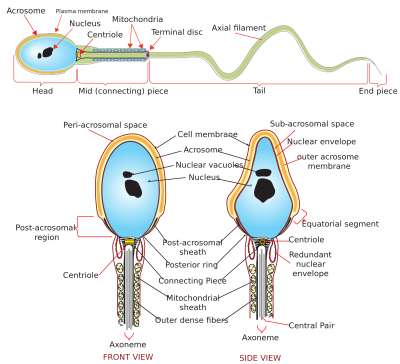 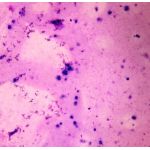 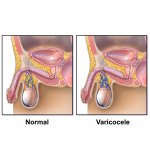 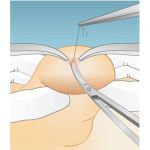