Testicular torsion is a common surgical emergency of adolescent males presenting with sudden onset of intense scrotal pain. Anatomically testicular torsion follows a congenital anomaly in predisposed individuals that allows the testis to rotate, twisting the spermatic cord, resulting in loss of blood supply and eventual testicular necrosis. The most common underlying cause is a congenital malformation known as a "bell-clapper deformity" wherein the testis is inadequately affixed to the scrotum allowing it to move freely on its axis and susceptible to induced twisting of the cord and its vessels.

Torsion is due to a mechanical twisting process. It is also believed that torsion occurring during fetal development can lead to so-called neonatal torsion or vanishing testis, and is one of the causes of an infant being born with monorchism (one testicle). Intrauterine torsion of the testis, although rare, is being recognised with increasing frequency. Testicular torsion is the most common paediatric genitourinary emergency and probably the second most common surgical emergency in the adolescent age group. It occurs in approximately one in 4000 males under 25 years of age. If prolonged, torsion results in infarction, but even those testes which are salvaged by surgery may undergo atrophy. Human testes occasionally survive up to 10 hours of torsion; however, viability is considerably reduced after 4–6 hours of ischemia. Given the painful nature of the condition the patient's response is usually rapid with delays being observed at the first contact with the health care system.

Several types of torsion can be distinguished:

A variant is a less serious but chronic condition called intermittent testicular torsion (ITT), characterized by the symptoms of torsion but followed by eventual spontaneous detortion and resolution of pain. Nausea or vomiting may also occur. Though less pressing, such individuals are at significant risk of complete torsion and possible subsequent orchiectomy and the recommended treatment is elective bilateral orchiopexy. Ninety-seven percent of patients who undergo such surgery experience complete relief from their symptoms.

A torsion which occurs outside of the tunica vaginalis, when the testis and gubernaculum can rotate freely, is termed an extravaginal testicular torsion. This type occurs exclusively in newborns. Neonates experiencing such a torsion present with scrotal swelling, discoloration, and a firm, painless mass in the scrotum. Such testes are usually necrotic from birth and must be removed surgically.

Torsion of the testicular appendix

This type of torsion is the most common cause of acute scrotal pain in boys ages 7–14. Its appearance is similar to that of testicular torsion but the onset of pain is more gradual. Palpation reveals a small firm nodule on the upper portion of the testis which displays a characteristic "blue dot sign." This is the appendix of the testis which has become discolored and is noticeably blue through the skin. Unlike other torsions, however, the cremasteric reflex is still active. Typical treatment involves the use of over-the-counter analgesics and the condition resolves within 2–3 days.

Early diagnosis and definitive management are the keys to avoid testicular loss. All prepubertal and young adult males with acute scrotal pain should be considered to have testicular torsion until proven otherwise. The finding of an ipsilateral absent cremasteric reflex is helpful, but not diagnostic. Diagnosis of torsion is mainly clinical. If history and examination suggest torsion, urgent testicular exploration is the only best way to proceed. Doppler ultrasound scan can be helpful in suspected cases. The sensitivity of colour doppler ultrasound scan ranges from 89% to 100%. Theoretically the sensitivity of doppler scanning may be lower in incomplete or intermittent testicular torsion, in both of which flow can be normal. Surgical exploration should be the first line of management in suspected cases.

A larger testicle either due to normal variation or a tumor increases the risk of torsion. Also conditions that allow the testicle to rotate predispose to torsion: a congenital malformation of the processus vaginalis known as the "bell-clapper deformity" accounts for 90% of all cases. In this condition, rather than the testes attaching posteriorly to the inner lining of the scrotum by the mesorchium, the mesorchium terminates early and the testis is free floating in the tunica vaginalis.

When torsion causes infarction, it leads to death of testis. The reaction of pituitary hormones is that they stimulate the remaining healthy testicular tissue to increase testosterone levels and as the compensation to make more sperms. The result is that sperm count can return to normal and man can remain fertile. But still probably 33% of men still have lower count after torsion which leads to some difficulties in fathering a child.

Sometimes the corrupted testicle could be ruptured and then the sperms are released into blood circulation, which is not their natural medium. Immune cells start to produce anti-sperm antibodies, which could affect remaining sperms in testicles.

Some males have testicles that can rotate in the scrotum as an inherited trait. For them there is only option and it is surgery which attach testicles to the scrotum.

Testicular torsion usually presents with sudden, severe, testicular pain (in groin and lower abdomen) and tenderness. There is often associated nausea and vomiting. The testis may be higher than its normal position. Mild pyrexia and redness of overlying area may be found.

Some of the symptoms are similar to epididymitis though epididymitis may be characterized by discoloration and swelling of the testis, often with fever, while the cremasteric reflex is usually present. Testicular torsion, or more probably impending testicular infarction, can also produce a low-grade fever. There is often an absent or decreased cremasteric reflex.

There is no self or alternative therapy for this condition.

No drugs can be used to fix testicular torsion.

Testicular torsion is a medical emergency requiring quick and urgent action. Usually orchiopexy is performed to resolve a testicular torsion. If caught early enough and the blood supply can be restored to the testicle, this operation can be performed to prevent further occurrence of torsion. If the blood supply has been interrupted for too long, an orchiectomy must be performed. Sometimes orchiopexy is also done preventively in adults in cases in which the patient has the bell-clapper deformity, retractile testicles or intermittent torsion. 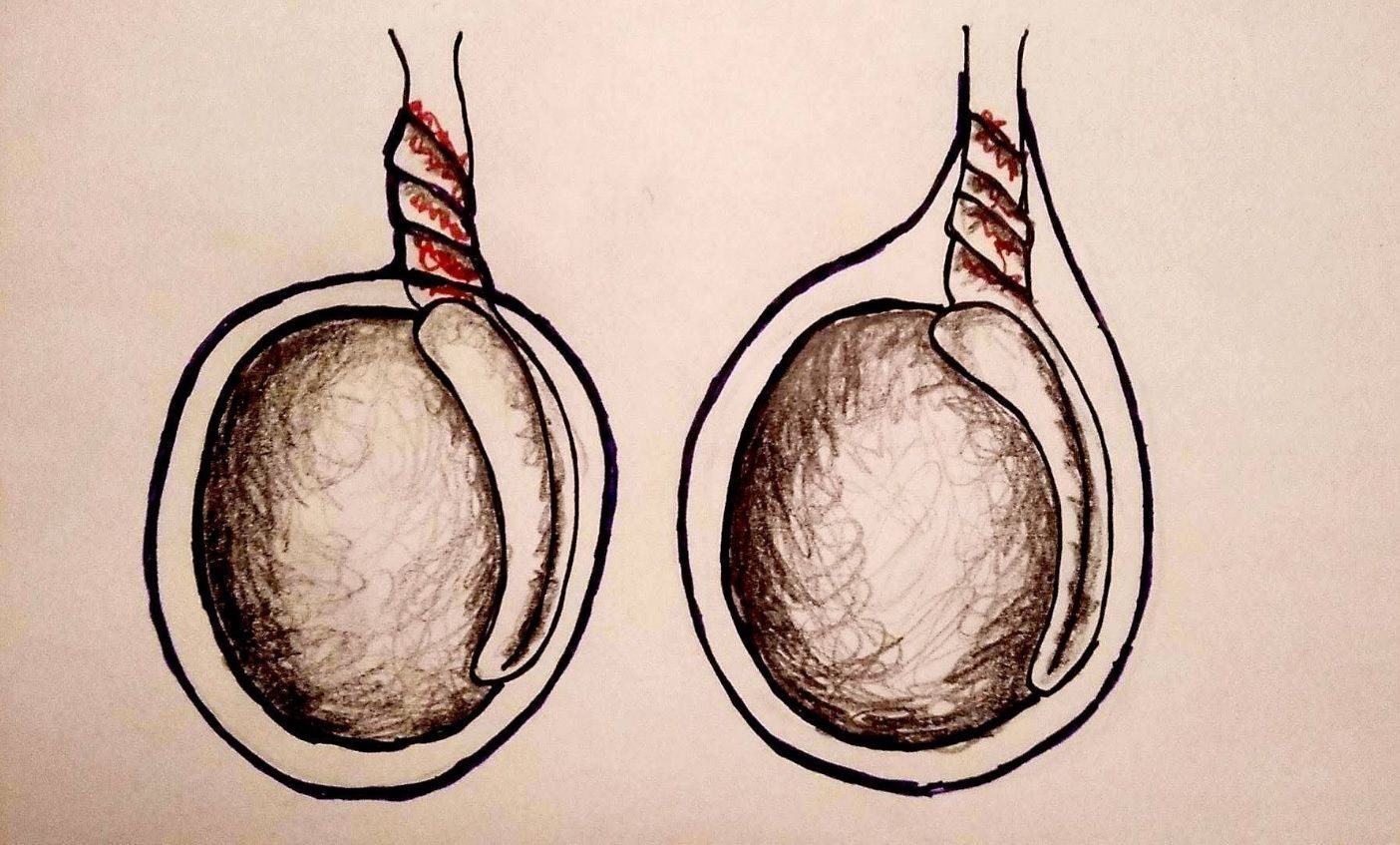 An inflammation of epididymis.

The condition of only one testicle present in the scrotum.

Symptoms
Atrophy of the testicles

A sensation of unease and discomfort in the stomach with an involuntary urge to the forceful expulsion of the contents of stomach through the mouth.

Pyrexia and redness of testicles

Increased temperature and redness of one or both testicles.

An infection of the testicleals.

A discomfort felt in the testicles (testes) or scrotum.

Surgical removal of one or both testes.

Surgery to move an undescended testicle into the scrotum used as a treatment of cryptorchidism. 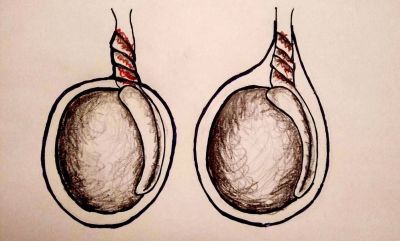