Traumatic penile injury is a medical emergency, that afflicts the human penis. Most injuries of the male genitalia include penetrating injury with foreign bodies owing to psychiatric illness and abnormal sexual behaviors. To date, there is no standard classification for external genitalia injury. Main reasons for this include the diverse natures of injury mechanism and various anatomical landmarks.

One of the classification divides the injuries by anatomical location.

The other classification for male external genitalia could be suggested as adult or pediatric injury. For detailed etiologies, there are circumcision injury, strangulation injury, penetration injury, zipper injury, and penile fracture.

Penile zipper injury occurs most commonly in boys with phimosis (Pic. 1; a condition in which the foreskin of the penis cannot be pulled back past the glan); in particular it occurs when the redundant foreskin gets entrapped during hastened dressing or undressing. Entrapment of the foreskin within the zipper itself is the most problematic condition. Most of the cases are detected in an earlier stage of trauma but in rare cases, delayed presentation and comorbidities may worsen the treatment outcome.

Penile zipper injury is a challenging management disease, especially when the injured penis is complicated by medical comorbidities. Delayed disease includes the edema and infection of entrapped skin, which complicates the treatment.

Various methods of zipper removal have been described including both surgical and nonsurgical methods. Documented methods are manual disengagement of the zipper with lubrication, cutting the median bar with bone cutter or hacksaw, dismantling the fastener, or removal of the entrapped skin.

Most of adult penile injuries are penile fracture and other causes include strangulation injury and penetrating injury.

A crackling sound, pain, detumescence, bruising, swelling, and bleeding from urethra are the common symptoms reported by the patients. Due to the typical symptoms of fracture of the penis, surgical exploration can be performed without delay, avoiding the need of further diagnostic procedures.

None the less if the cause is atypical or obscure, further diagnostic methods should be used to make the diagnosis. In order to avoid complications of conservative management, such as chordee or failure to attain erection, urgent and immediate surgical exploration is mandatory.

A great variety of metallic and non-metallic rings causing constriction the external genitalia has been described in literature.

The type of the foreign body differs in relation to age. In newborns and children penile strangulation with air or elastic rings has been described. The insertion of these rings may be accidental or intentional from the patient, a sibling or the parent. In adults various objects like wedding rings (Pic. 3), metal plumbing cuffs, bull rings, bottle necks etc have been used. In adolescents it is usually the result of curiosity or masturbation while in adults the reason is to enhance sexual pleasure, autoerotism (the arousal and satisfaction of sexual excitement within or by oneself) or as a result of a psychiatric disorder.

Insertion of constricting rings in the flaccid or semi erect penis may result to inability in removing them after erection. The object has been placed a few hours up to 3–4 days before seeking medical help and the patients have usually attempted unsuccessfully to remove the object themselves.

Within a few hours of obstruction of the blood supply, as stagnation of blood becomes more prominent, oedema and haemorrhage occur, causing a swelling of the affected part. Metallic rings usually cause less injury than non-metallic rings. Delayed removal may lead to necrosis (unprogrammed death of cells), fistula (an abnormal connection between two hollow spaces), sepsis (a life-threatening condition that arises when the body's response to infection causes injury to its own tissues and organs) and penile amputation.

Among the penetrated injured sites by foreign body, urethra is the most common involved site besides areas of the penis including penile skin, glans, and corpus cavernosum (a pair of sponge-like regions of erectile tissue, which contain most of the blood in the penis during an erection).

The main reason for penetrating injury into penis is self-insertion of foreign body on purpose of sexual eroticism. Most cases of penetrating injury in penis can be diagnosed through physical examination and retrograde urethrography (a routine radiologic procedure used to image the integrity of the urethra); computed tomography or ultrasound test is seldom necessary.

Various foreign bodies, such as a screw, a wire, and a safety pin, have reported in the urethra. The most appropriate method for removing the penetrated international body depends on the size and depth of penetration of the material.

Total penile amputation (penectomy) is an uncommon penile injury. However, about 87% of the patients reported had psychiatric problems. Self-amputation of the penis is known as Klingsor syndrome. The extent of self-mutilation varies in its severity from supericial injury to total amputation or total emasculation.

Cancer, for example, sometimes necessitates removal of part or all of the penis (Pic. 4). The amount of penis removed depends on the severity of the cancer. Some men have only the tip of their penis removed. For others with more advanced cancer, the entire penis must be removed.

Fournier gangrene can also be a reason for penectomy and/or orchiectomy (removal of testicles).

Expeditious and prudent postoperative care is needed to avoid delayed complications such as infection, curvature, erectile dysfunction, unrecognized urethral injury, and chronic pain. Severe penile injury might be associated with adjacent comorbidity involving the scrotum, pelvis, buttocks, and thighs. In these scenarios, delicate surgical skill with staged treatment is needed.

Penile fracture very often does not have impact on future fertility and is healed without consequences.

A penetrating injury is very often associated with injury of urethra. Urethra is neccessary for transport of sperms so when there is some blockade, ejaculate cannot continue its pathway. This condition is called obstructive azoospermia. Sperms are produced in testicles, so fertility could remain with help of assisted reproduction techniques.

Amputation of whole penis leads to inability to natural conception.

For prevention of zipper injury, it is neccessary to dress and undress carefully.

Other conditions which cause penile injury are associated with abnormal sexual behavior. To avoid the injury, it is necessary to avoid these dangerous practices.

Treatment of the penile fracture has been a controversial issue. Earlier reports usually recommended nonsurgical management, that is, conservative, which included bed rest, pressure dressings, catheterization, and ice packs for 24–48 hours.

Pharmacotherapy is used in case of complications such as inflammation and to stop erection.

Surgical therapy can offer a chance for complete recovery and is optimal for future sexual life.

Some patients may take antibiotics in case of inflammation and complications. Estrogens, and diazepam may help to suppress erection.

Superficial or partial penile injury can be treated with suturing and wound dressing after exploration. More extensive injuries including urethral and corpus cavernous can be treated by free transfer flaps and different grafts. Penile amputation, whether it is partial or total, requires complex and skilled reconstructive techniques including phalloplasty.

Early surgical treatment was strongly recommended because of the excellent results, shorter hospitalization, less morbidity, and early return to full sexual activity. Also emergency surgical repair offers a chance for complete recovery, even in the presence of urethral injury and is the best method for providing a good functional prognosis.

It has been shown that urethral injuries can be closed in a spatulated, watertight fashion with subsequent urethral catheter drainage for at least three weeks. Patients should be counselled to abstain from sexual activity for a period of at least 6–8 weeks.

The aim of the reconstruction in penile injury is to embody an esthetically acceptable shape, to obtain normal or near normal functional outcomes including erection and sensation, and to minimize the postoperative sequel including fistulae or urethral strictures.

Then the intracytoplasmic sperm injection (ICSI) procedure involves a single sperm carefully injected into the center of an egg using a microneedle. With ICSI, only one sperm per egg is needed. Without ICSI, you need between 50,000 and 100,000. 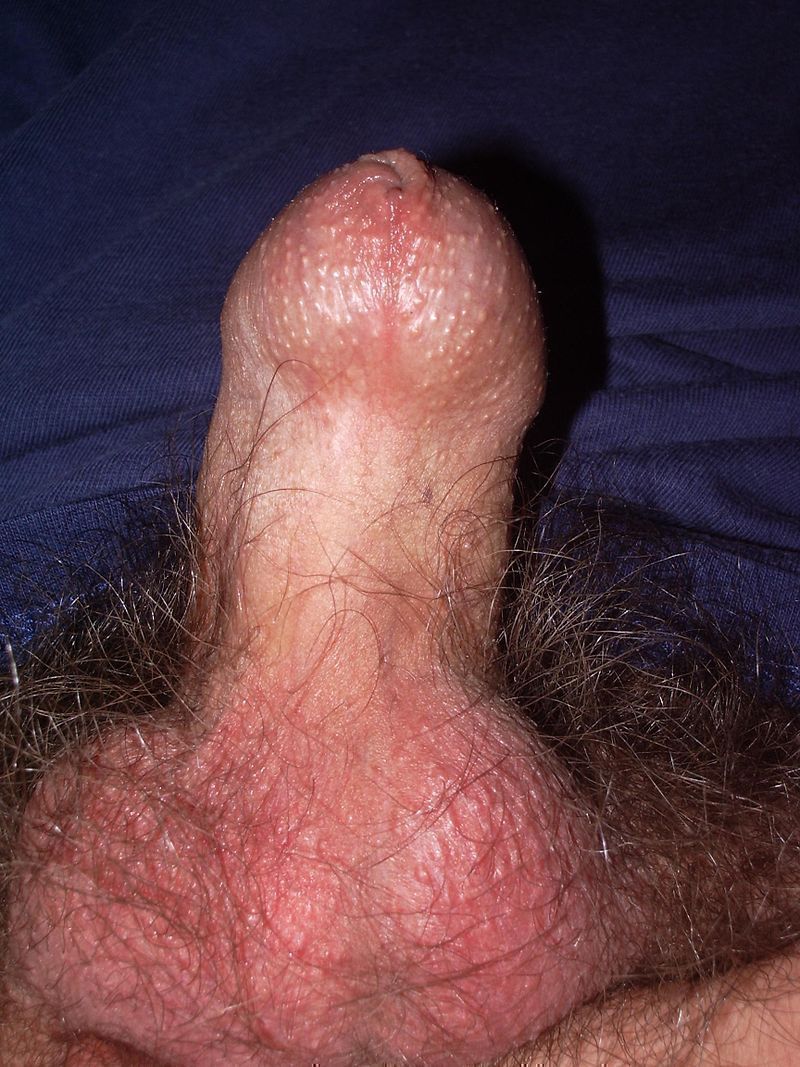 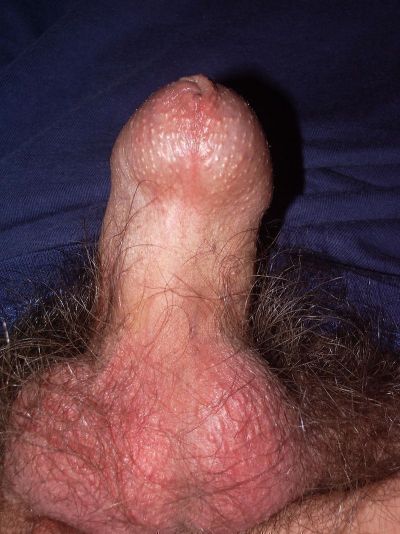 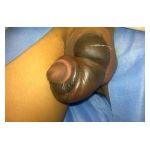 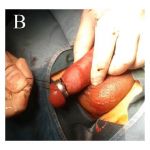 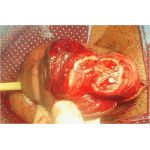