Turner's syndrome is a genetic disorder that affects only females. Turner syndrome is caused by a chromosomal abnormality in which all or part of one of the X chromosomes is missing or altered. While most people have 46 chromosomes, people with TS usually only have 45. This condition occurs in about 1 out in 2,500 female live births worldwide (but it is much more common among miscarriages and stillbirths).

Signs and symptoms vary among those affected. Heart defects, diabetes, and low thyroid hormone occur more frequently. Most people with TS have normal intelligence. Many, however, have troubles with spatial visualization such as that needed for mathematics. Vision and hearing problems occur more often.

Diagnosis is based on physical signs and genetic testing. A diagnosis of Turner syndrome can be made during preimplantation genetic screening, prenatal tests, at birth, or at any other time. Pre-implantation genetic screening (PGS) is a comprehensive chromosome screening in which an embryo biopsy is taken either at day 3 or day 5 and all 24 chromosomes are examined—the 22 non-sex chromosomes plus the two sex chromosomes (X & Y). As a result of PGS, embryo with proper genetic constitution may be transferred into woman’s uterus. Procedures during prenatal diagnosis include sampling of a small piece of tissue from the placenta or sampling of the amniotic fluid taken from the uterus to detect for any abnormal amniocentesis. Also, a doctor can suspect Turner syndrome based on certain physical features of an individual such as poor physical development and heart or kidney problems. Other tests include blood hormone levels, echocardiogram, MRI of the chest, pelvic exam, or ultrasound of the reproductive organs. Nonetheless, a doctor usually confirms Turner syndrome with a special blood test called a karyotype. This blood test produces an image of the composition of an individual’s chromosomes. From the image, the doctor can identify whether one of the sex chromosomes is missing or partially deleted. The common karyotype that causes Turner syndrome is called “45X” which means an individual has 44 autosomes and a single X chromosome. A karyotype can also reveal mosaic Turner syndrome, which is when an individual’s body is composed of cells with two X chromosomes and some having one X chromosome.

Turner syndrome occurs in between one in 2000 and one in 5000 females at birth. All regions of the world and cultures are affected about equally. People with TS have a shorter life expectancy, mostly due to heart problems and diabetes.
As a chromosomal condition, there is no cure for Turner syndrome. However, much can be done to minimize the symptoms. Scientists have developed several treatments to correct some of the problems associated with Turner syndrome. Treatment becomes easier and effective if the disease is diagnosed at an early stage.
Non-medical treatments such as psychological therapy and sex education can also help to reduce the mental stress and impact of complications associated with Turner syndrome. Overall, regular checkups and appropriate care can give most girls and women the potential live relatively healthy and independent lives.

There are many complications and adverse effects associated with those who have Turner syndrome. These can include arthritis, cataracts, diabetes, heart defects, high blood pressure, kidney problems, middle ear infections, obesity and scoliosis in adolescence.

No environmental risks are known and the mother's age does not play a role. Even family history doesn't seem to be a risk factor.

Women with Turner syndrome are almost universally infertile since TS is characterized by primary amenorrhoea, premature ovarian failure and streak gonads. Usually estrogen replacement therapy is used to spur growth of secondary sexual characteristics at the time when puberty should onset. While very few women with Turner syndrome menstruate spontaneously, estrogen therapy requires a regular shedding of the uterine lining ("withdrawal bleeding") to prevent its overgrowth. Withdrawal bleeding can be induced monthly, like menstruation, or less often, usually every three months, if the patient desires. Estrogen therapy does not make a woman with nonfunctional ovaries fertile, but it plays an important role in assisted reproduction; the health of the uterus must be maintained with estrogen if an eligible woman with Turner syndrome wishes to use IVF (using donated oocytes). While some women with Turner syndrome have successfully become pregnant and carried their pregnancies to term, this is very rare and is generally limited to those women whose karyotypes are not 45,X. Even when such pregnancies do occur, there is a higher than average risk of miscarriage or birth defects, including Turner syndrome or Down syndrome. As more women with Turner syndrome complete pregnancy thanks to modern techniques to treat infertility (donor egg can be used to create an embryo, which is carried by the Turner syndrome woman), it has to be noted that pregnancy may be a risk of cardiovascular complications for the mother. Indeed, several studies had suggested an increased risk for aortic dissection in pregnancy. Three deaths have even been reported. The influence of estrogen has been examined but remains unclear. It seems that the high risk of aortic dissection during pregnancy in women with Turner syndrome may be due to the increased hemodynamic load rather than the high estrogen rate. Of course these findings are important and need to be remembered while following a pregnant patient with Turner syndrome.

Signs and symptoms vary among those affected. The following is a list of common symptoms of Turner syndrome. It is important to note that an individual may have any combination of symptoms and would unlikely have all symptoms.

Another treatment is estrogen replacement therapy. Estrogen replacement therapy such as the birth control pill has been used since the condition was described in 1938 to promote development of secondary sexual characteristics. Estrogens are crucial for maintaining good bone integrity, cardiovascular health and tissue health. It is usually started at the time of normal puberty to induce breast development and other sexual characteristics. Women with Turner Syndrome who do not have spontaneous puberty and who are not treated with estrogen are at high risk for osteoporosis and heart conditions.

Surgeries can correct other medical conditions such as heart defects and kidney problems.

Most adult women with Turner syndrome already have established ovarian failure with high serum follicle-stimulating hormone (FSH) levels at the time they wish to start a family. Although this doesn't indicate complete absence of viable follicles, ovarian stimulation for homologous in vitro fertilization is often not realistic and patients are usually guided towards egg donation.

In vitro fertilization with donor oocytes and subsequent embryo transfer has been the predominant fertility option for such patients. Women with Turner mosaicism (46XX/45XO) and normal FSH levels may have an adequate ovarian reserve and undergo attempts at traditional assisted reproduction (IVF-ICSI). At the time of retrieval, an ovarian biopsy may be performed in order to directly evaluate the ovarian karyotype. A successful pregnancy may result from the embryos demonstrating a normal karyotype after preimplantation genetic screening (PGS).

The combination of ovarian tissue cryobanking and immature oocyte collection from the tissue, followed by in vitro maturation and vitrification of matured oocytes represent promising approaches to fertility preservation for young women with mosaic Turner syndrome. 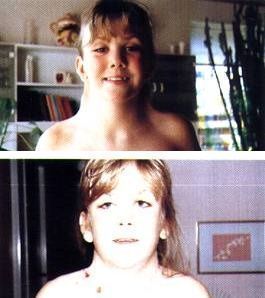 A developmental disorder in which a person has a persistent pattern of impulsiveness and inattention, with or without a component of hyperactivity.

A term often used to mean any disorder that affects joints.

A clouding of the lens in the eye that affects vision.

A partial or total inability to hear.

Lymphedema (swelling) of the hands and feet

An impaired lymphatic return and swelling of the hands and feet.

A condition characterized by an undersized lower jaw.

The inflammation of the middle ear often due to bacterial infections.

Body weight that's greater than what is considered healthy for a certain height.

A height of a human being which is below typical.

A decreased ability to see and hear to a degree that causes problems.

The giving of embryo to another person or couple for conception or to research. 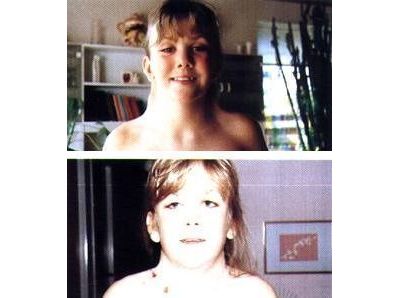 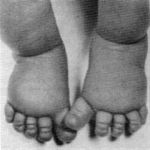 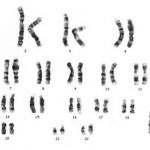