Structural rearrangements of the Y chromosome (Pic. 1), including deletions (Pic. 2) (a part of a chromosome or a sequence of DNA is lost during DNA replication), ring chromosomes (Pic. 3) (a chromosome whose arms have fused together to form a ring) and isochromosomes (Pic. 4) (an unbalanced structural abnormality in which the arms of the chromosome are mirror images of each other) may lead to different phenotypes. Yp (short arm) deletions including SRY gene directly affect testis differentiation leading to streak gonads and a female phenotype, whereas deletions of the long arm, specially involving the Azoospermia Factor regions AZFa, AZFb and AZFc on Yq11 lead to male infertility .

Many men with Y chromosome microdeletions (YCM) exhibit no symptoms and lead normal lives. However, YCM is also known to be present in a significant number of men with reduced fertility. The mechanism of mutation is not different for Y-chromosome microdeletion. However, the ability to repair it differs from other chromosomes. The human Y chromosome is passed directly from father to son, and is not protected against accumulating copying errors, whereas other chromosomes are error corrected by recombining genetic information from mother and father. This may leave natural selection as the primary repair mechanism for the Y chromosome.

Y chromosome microdeletion is currently diagnosed by extracting DNA from leukocytes in a man's blood sample, mixing it with some of the about 300 known genetic markers. Present diagnostic techniques can only discover certain types of deletions and mutations on a chromosome and give therefore no complete picture of genetic causes of infertility. They can only demonstrate the presence of some defects, but not the absence of any possible genetic defect on the chromosome.

The gold standard test for genetic mutation, namely complete DNA sequencing of a patient's Y chromosome, is still far too expensive for use in epidemiologic research or even clinical diagnostics.

Most genes involved in Y chromosome deletions are expressed specifically in the testes during spermatogenesis, but do not appear to be essential for fertilization or embryogenesis; thus, these deletions does not seem to adversely affect the fertilization results in men whose sperm was obtained by testicular sperm extraction (TESE). Thus, subjects with mixed gonadal dysgenesis (a rare disorder of sex development in humans associated with sex chromosome aneuploidy and mosaicism of the Y chromosome) may also benefit from procedures such as TESE followed by in vitro fertilization with intracytoplasmic sperm injection (ICSI).

Thereby, patients with a 45,X/46,XY karyotype (Pic. 5) or its variants reared as males who have Y microdeletions may, by means of assisted reproductive technologies, generate not only male offspring with sterility, but also individuals who are carriers of an unstable Y chromosome that may originate mosaicism with a 45,X cell line in the early stages of embryonic development leading to various anomalous phenotypes.

Risk factors
There are no significant risk factor which could be related to Y chromosome microdeletions.

Microdeletions in the Y chromosome have been found at a much higher rate in infertile men than in fertile controls and the correlation found may still go up as improved genetic testing techniques for the Y chromosome are developed.

Much study has been focused upon the "azoospermia factor locus" (AZF). A specific partial deletion of AZFc called gr/gr deletion is significantly associated with male infertility.

There is no alternative therapy of Y chromosome microdeletions.

No pharmacotherapy can be used to treat Y chromosome microdeletions.

There is no surgical therapy which can improve this condition.

If conservative medical treatments fail to achieve a full term pregnancy, the physician may suggest the patient undergo in vitro fertilization (IVF). IVF and related ART techniques generally start with stimulating the ovaries to increase egg production. After stimulation, the physician surgically extracts one or more eggs from the ovary, and unites them with sperm in a laboratory setting, with the intent of producing one or more embryos. Fertilization takes place outside the body, and the fertilized egg is reinserted into the woman's reproductive tract, in a procedure called embryo transfer.

Intracytoplasmic sperm injection (ICSI) is beneficial in the case of male factor infertility where sperm counts are very low or failed fertilization occurred with previous IVF attempt(s). The ICSI procedure involves a single sperm carefully injected into the center of an egg using a microneedle. With ICSI, only one sperm per egg is needed. Men who ejaculate low or no sperm because of a genetic condition that prevents their sperm being released, require some form of surgical sperm retrieval to enable ICSI to take place. Epididymal sperm obtained by microsurgical aspiration (MESA) or percutaneous sperm aspiration (PESA) and testicular sperm obtained by surgical excision (TESE) or percutaneous aspiration (PESA) are used in ICSI treatment. Alternatively, the retrieved sperm can be cryopreserved for use in future sperm injection attempts. If all efforts to extract vital sperm cells fails, then donated ones may be recommended.

Y chromosome microdeletion can be diagnosed before the child is born. There is PGS/PGD which allows studying the DNA of eggs or embryos and select those that carry certain damaging characteristics. It is useful when there are previous chromosomal or genetic disorders in the family, within the context of in vitro fertilization programs. 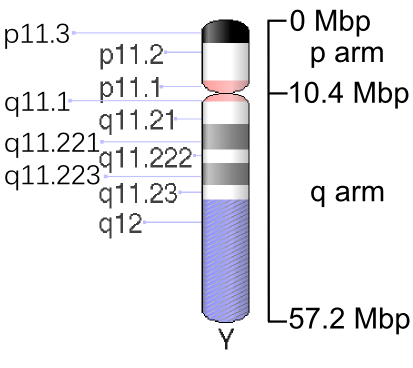 Symptoms
Absence of sperm in ejaculate

The medical condition of a man whose semen contains no sperm.

The absence of one or both testes from the scrotum.

Technology that allows couples with a family history of monogenic disorders, x-linked diseases and chromosomal abnormality have a healthy baby. 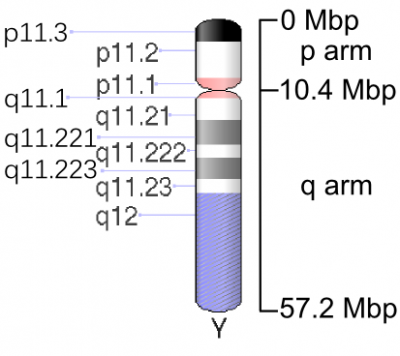 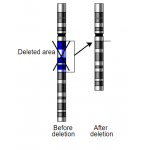