Young 's syndrome is a rare disease that encompasses a combination of bronchiectasis (pathological dilation of the airways with persistent inflammation; Pic. 1) rhinosinusitis (the inflammation of the tissues of nasal cavity and paranasal sinuses; Pic. 2) and reduced male fertility.

The reduction in fertility is caused by obstructive azoospermia. Sperm cells are produced normally in affected males, but do not reach the seminal fluid due to a physical obstruction of the genital tract. Sperm cells are found in the epidydimis (the tubules leading out of the testis) in a viscous, lipid-rich fluid.

In the lungs, bronchiectasis, pathological dilation of the airways, is found. The increase of diameter of the airways leads to stagnation of the bronchial secretion, bacterial overgrowth, inflammation and chronic lung disease with further damage to the bronchial wall. The patients experience recurrent purulent bronchial infections with productive cough.

Recurrent infections of the nasal cavity and paranasal sinuses, called rhinosinusitis, are also common, and can lead to the formation of nasal polyps.

The exact cause of Young's syndrome remains unknown. However, exposure to mercury in childhood and certain genetic factors appear to be related to the condition. For the diagnosis of Young's syndrome, other similar conditions with bronchiectasis, sinus infections and obstructive azoospermia should be ruled out.

Cystic fibrosis, which presents similarly with recurrent infections of the respiratory tract and azoospermia, is caused by mutation of the chloride-ion-channel-encoding gene CFTR, which is not mutated in Young's syndrome. Cystic fibrosis patients also exhibit changes of the digestive tract, mainly pancreas, which are usually not present in Young's syndrome patients. Another condition with similar symptoms is primary ciliary dyskinesia, earlier called imotile cilia syndrome. Patients present with recurrent sinus and lung infections, but they do not have azoospermia and an obstruction of the genital tract. Also, an examination of the cilia reveals normal ciliary motility in Young's syndrome patient.

There is no definitive treatment for Young's syndrome, but the condition can be managed by treating the lung and sinus infections. Fertility may be restored in some patients by surgical therapy, or methods of assisted reproduction, such as intracytoplasmic sperm injection (ICSI), may be used as the patients have normal sperm production.

Nasal polyps
Recurrent or long-lasting, chronic rhinosinusitis can cause the mucosa of the nasal cavity or the paranasal sinuses to proliferate and form mushroom-like protrusions, called polyps (Pic. 3). These can further worsen the sinus infections and can cause muffled speech.
Chronic lung disease
Young syndrome patients usually present with bronchiectasis, pathological dilation of the airways of the lung. These can easily get infected with bacteria, as the clearance ability of the affected airways is reduced. The bacteria tend to proliferate in the bronchial secretion, causing chronic lung inflammation, further damaging the airways and the lung tissue.
Risk factors

Patient with Young syndrome have obstructive azoospermia and therefore, no sperm present in the ejaculate, resulting in infertility. Fertility treatment is possible with surgical removal of the obstruction in the epidydimis, called vasoepididymostomy, or with assisted reproduction techniques, like intracytoplasmic sperm injection (ICSI) (Pic. 4).

There is currently no possible prevention for Young´s syndrome, apart from avoiding exposure to mercury in childhood.

While the condition must be managed by methods of conventional medicine, some self-help steps may be used to relieve the symptoms of the disease.

Sinusitis symptoms can be relieved by several methods. Getting lots of rest helps the organism regenerate and deal with the infection. Drinking enough fluids will help dilute the secretions of nasal mucosa and relieve the congestion of the nasal cavity. Applying wet, warm towels on the face can ease the pain caused by congested sinuses. A nasal lavage, a method of rinsing the nasal cavity with water or irrigation solution, helps to clear the nasal cavity and eases the drainage of sinuses.

Symptoms associated with bronchial infections, such as shortness of breath, coughing and wheezing, can be eased by many similar steps. They are not, however, going to reduce the duration of the disease. As in sinusitis, getting enough sleep and drinking lots of fluids are helpful in fighting the infection. Herbal remedies may be helpful, such as ginger root, which eases coughing out the mucus (phlegm). A traditional combination used for bronchitis is lemon and honey added to tea, which soothes the irritated airway surfaces, has antibacterial properties and eases expectoration. Throat lozenges may also help to reduce the irritation, specifically of the upper airways.

The different aspects of Young´s syndrome clinical presentation require different therapeutic approaches. Recurrent sinus and lung infections, based on the causing infectious agent, may need to be treated with antibiotics, whereas infertility resulting from obstruction of the epidydimis can be managed surgically by vasoepididymostomy, or with assisted reproduction methods.

If the sinus and lung infections are caused by bacteria, they are treated with antibiotics. Mucus retention due to bronchioectasis in Young´s syndrome patients cause a higher frequency of bacterial infections. If the infection is viral, antibiotics are not used.

Bacterial infections in patients with bronchiectasis can produce viscous, purulent mucus that is hard to cough up. Expectorants are used to ease the cough by diluting the mucus, making it less viscous and stimulating the activity of ciliated cells in the airway lining. Examples of expectorants include N-acetylcysteine, ambroxol or guaifenesin.

Vasoepididymostomy is a surgical method used to bypass an obstruction in the epididymis and reconnect the unobstructed part to the ductus deferens. This operation can be used to restore fertility in Young's syndrome patients, as their sperm production is unaffected.

If conservative medical treatments fail to achieve a pregnancy, the physician may suggest the patient to use the methods of assisted reproduction. Patients with Young´s syndrome may benefit from the use of ICSI or intrauterine insemination (IUI), using their own sperm extracted from the epidydimis, if the surgical treatment has failed to restore fertility.

Men who ejaculate no sperm, because of blocked tubes in their testes, or because of a genetic condition that prevents their sperm being released, require some form of surgical sperm retrieval to enable ICSI to take place. Epididymal sperm obtained by microsurgical aspiration (MESA) or percutaneous sperm aspiration (PESA) and testicular sperm obtained by surgical excision (TESE) or percutaneous aspiration (TESA) are used in ICSI treatment. Alternatively, the retrieved sperm can be cryopreserved (stored using special freezing methods) for use in future sperm injection attempts. 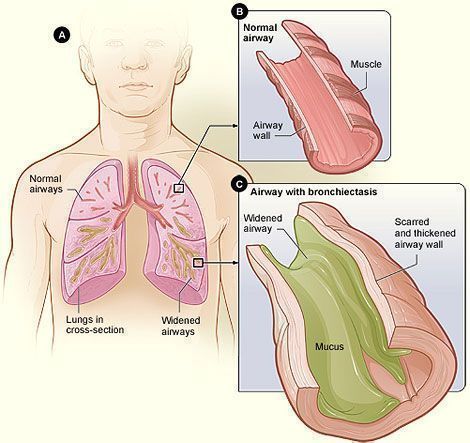 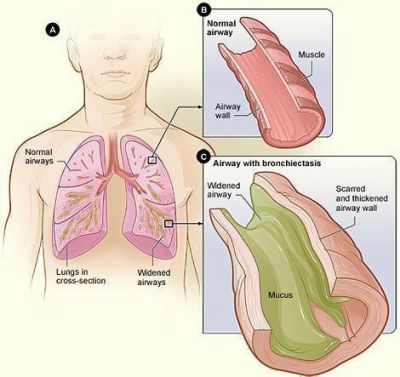 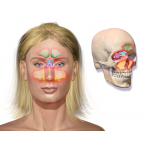 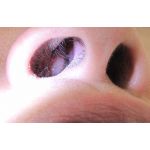 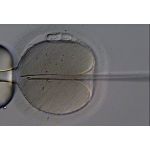