Two hollow tubes which pass through the prostate, and open into the urethra and through which semen is ejaculated.

Ejaculatory ducts cause the reflex action of ejaculation. Each male has two of them. During ejaculation, semen moves through the ducts and leaves the body through the penis. Ejaculation occurs in two stages, the emission stage and the expulsion stage.

The emission stage involves the workings of several structures of the ejaculatory duct; contractions of the prostate gland, the seminal vesicles, the bulbourethral gland and the vas deferens push fluids into the prostatic urethra (Pic. 1). The semen is stored here until ejaculation occurs (expulsion stage). Muscles at the base of the penis contract in order to propel the seminal fluid trapped in the prostatic urethra through the penile urethra and expel it through the urinary meatus. The ejaculate is expelled in spurts, due to the movement of the muscles propelling it. These muscle contractions are related to the sensations of orgasm for the male.

Ejaculation and orgasm may occur simultaneously, however they are not coupled, in that one may occur without the other. For example, a man may have a dry orgasm (termed retrograde ejaculation); there is no expulsion of ejaculate however the man still experiences orgasm.

Ejaculatory duct obstruction may result in a complete lack of semen (aspermia) or a very low-volume semen (oligospermia) which may contain only the secretion of accessory prostate glands downstream to the orifice of the ejaculatory ducts.

In addition, it is reported to be a cause for pelvic pain, especially shortly after ejaculation. In case of proven fertility but unresolved pelvic pain, even one or both partially obstructed ejaculatory ducts may be the origin of pelvic pain and oligospermia.

Benign prostatic hyperplasia (BHP), which refers to an abnormal increase in prostate size, is another condition that can affect the ejaculatory ducts. Because the ejaculatory ducts pass through the prostate, an enlarged condition may press against the tubing of the ducts and impede the flow of semen, resulting in lower urinary tract symptoms (LUTS). Symptoms associated with LUTS include urgency, frequency, nocturia (excessive urination at night), incomplete urination, and weak urinary stream.

If left untreated, complications such as urinary retention, renal insufficiency and bladder stone can occur, requiring surgical intervention. BHP has also been associated with other medical morbidities, such as increased risk of falls, reduced quality of life as well as increased annual healthcare cost. 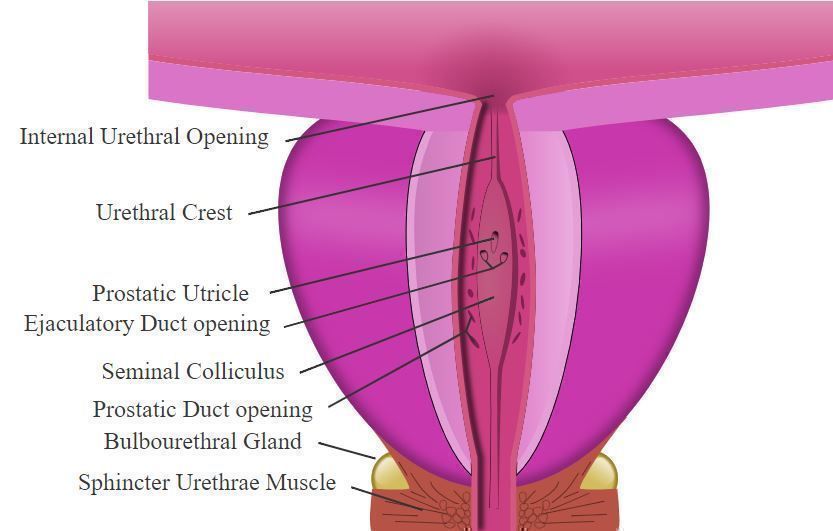 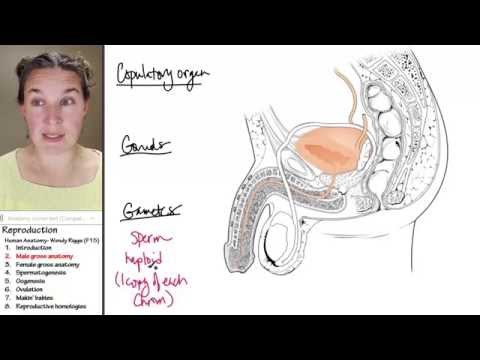 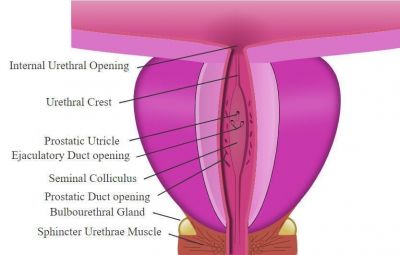 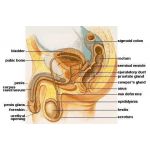