From the lumen of the seminiferous tubules, the immotile sperm are surrounded by testicular fluid and moved to the epididymis- a coiled tube attached to the testis where newly formed sperm continue to mature. Though the epididymis does not take up much room in its tightly coiled state, it would be approximately 6 m (20 feet) long if straightened. It takes an average of 12 days for sperm to move through the coils of the epididymis, with the shortest recorded transit time in humans being one day.

During ejaculation, sperm flow from the lower portion of the epididymis (which functions as a storage reservoir). They have not been activated by products from the prostate gland, and they are unable to move independently, therefore they are transported via the peristaltic action of muscle layers within the vas deferens, into the urethra, collecting secretions from the male accessory sex glands such as the seminal vesicles, prostate gland, and the bulbourethral glands, which form the bulk of semen.

The epididymis is covered by a two layered pseudostratified epithelium. The epithelium is separated by a basement membrane from the connective tissue wall which is composed of smooth muscle cells (Pic. 2).

The major cell types in the epithelium are: 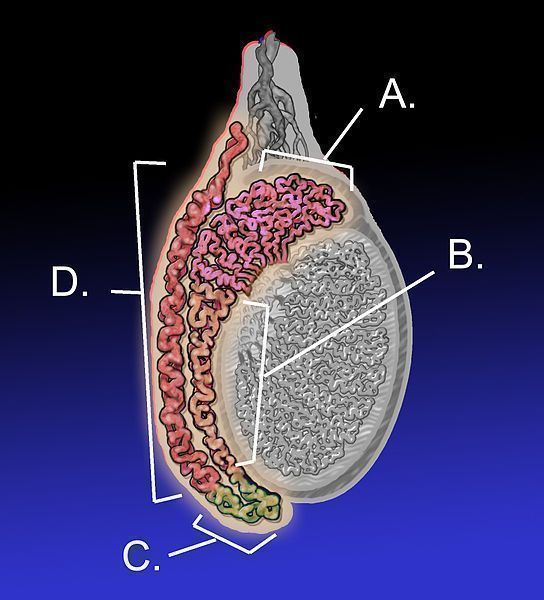 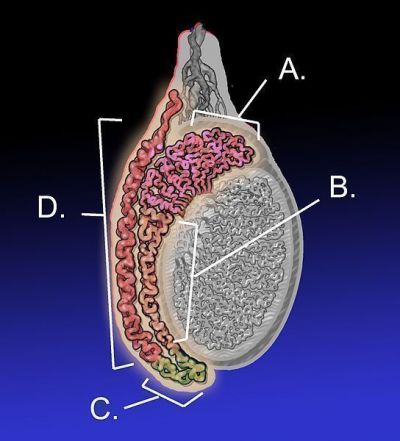 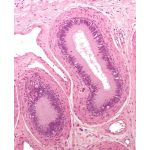