The uterus mostly consists of smooth muscle, known as myometrium (Pic. 1). The innermost layer of myometrium is known as the junctional zone, which becomes thickened in adenomyosis. The parametrium is the loose connective tissue around the uterus. Its main function is to induce uterine contractions, via a positive feedback effect on the "Ferguson reflex" (an example of positive feedback and the female body's response to pressure application in the cervix or vaginal walls. Upon application of pressure, oxytocin is released and uterine contractions are stimulated, until the baby is delivered.). After delivery the myometrium contracts to expel the placenta and reduce blood loss; where the crisscrossing fibres of middle layer compress the blood vessels. Thus a positive benefit to early breast feeding is a natural stimulation of this reflex to reduce blood loss and facilitate a swift return to prepregnancy uterine and abdominal muscle tone.

The myometrium (Pic. 2) is located between the endometrium (the inner layer of the uterine wall) (Pic. 3), and the serosa or perimetrium (the outer uterine layer).

The smooth muscle of the myometrium is basically very similar in molecular structure to smooth muscle in other sites of the body, with myosin and actin being the predominant proteins expressed. In uterine smooth muscle, there is approximately 6-fold more actin than myosin.

Extrauterine leiomyomas are rare, benign, and may arise in any anatomic sites. Their unusual growth pattern may even mimic malignancy and can result in a clinical dilemma. Occasionally, uterine leiomyomas become adherent to surrounding structures. They also develop an auxiliary blood supply, and lose their original attachment to the uterus, thus becoming 'parasitic'. Parasitic myomas may also be iatrogenically created after uterine fibroid surgery, particularly if morcellation (a procedure that cuts large tissue inside the body into smaller pieces) is used.

Adenomyosis is a medical condition characterized by the presence of ectopic glandular tissue found in the muscular wall of the uterus (myometria). Two separate pathogenetic theories have been advanced to explain its formation: an origin from the invagination of the deepest portion of the endometrial mucosa between bundles of smooth muscle fibres of the myometrium, or along the intramyometrial lymphatic system; a metaplastic process initiating from ectopic intramyometrial endometrial tissue produced de novo. 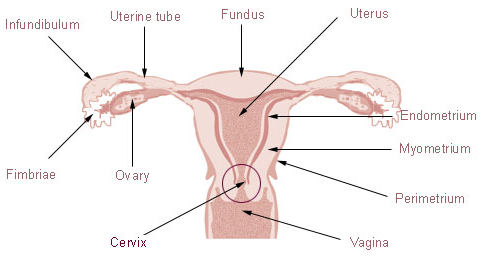 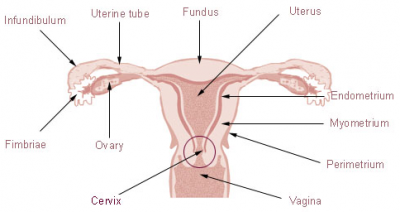 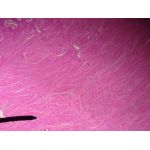 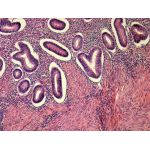