Endometrial cells form an inner layer of the uterine lining (endometrium) and participate in the functions of the uterus. The number of cell layers depends on the woman's current cycle of the menstrual cycle. The epithelial stromal cells are located in the upper layer of the endometrium, and below are a layer of simple tubular glands (glandulae uterinae).

Endometrial cells play a significant role in the state of endometrium (Pic. 1). The functional layer is adjacent to the uterine cavity. This layer is built up after the end of menstruation during the first part of the previous menstrual cycle. Proliferation (growth or production of the cells) is induced by estrogen (follicular phase of menstrual cycle), and later changes in this layer are engendered by progesterone from the corpus luteum (luteal phase). It is adapted to provide an optimum environment for the implantation and growth of the embryo. This layer is completely shed during menstruation.

In the absence of progesterone, the arteries supplying blood to the functional layer constrict, so that cells in that layer become ischaemic and die, leading to menstruation.

Endometrial stromal cells are the connective tissue cells of the endometrium that are fibroblastic in appearance.The human endometrium is a highly dynamic tissue undergoing major histological changes during the menstrual cycle under the coordinated action of sexual hormones (Pic. 2). Estrogen dominates the proliferative phase of the menstrual cycle, while the post-ovulatory rise of ovarian progesterone drives the differentiation of human endometrial stromal cells (HESC) adjacent to spiral arteries.

This process, known as pre-decidualization, is critical for fetal trophoblast (an outside cell layer of embryo) invasion and placenta formation and occurs independently of an implanting blastocyst (a structure formed in the early development of mammals). The success of human pregnancy strongly depends on embryo quality and the physiological state of the endometrium. To prepare the uterus for embryo implantation and pregnancy, the endometrium undergoes a decidualization (see below). During this process, the endometrial epithelium, blood vessels, and stroma are transformed into a specialized tissue, called decidua.

The human decidua is a specialized tissue characterized by embryo-receptive properties thus it enables the recognition of embryo. Decidua is formed during the secretory phase of menstrual cycle from endometrium. The decidua is composed of glands, immune cells, blood and lymph vessels, and decidual stromal cells (DSCs). DSCs acquire specific functions related to recognition, selection, and acceptance of the allogeneic embryo (originating from the same species), as well as to development of maternal immune tolerance.

Decidualization, the differentiation process of maternal uterine stromal cells into secretory decidual cells, is a prerequisite for successful implantation and progression of pregnancy. The process initiates as a result of the elevated levels of ovarian hormones - oestrogen and progesterone - independent of the presence of an implanting blastocyst. It causes a gradual and profound alteration in gene expression (by which genetic instructions are used to synthesize gene products), cellular functions, and tissue remodelling until the complete formation of a placenta during pregnancy.

Through cell-cell contacts and/or paracrine mechanisms (cell’s signal to induce changes in nearby cells), stromal cells play a significant role in the malignant transformation (i.e. can spread to other parts of the body) of epithelial cells.

In the case of excessive proliferation of the cells of endometrium, the condition is refered to endometrial hyperplasia. Endometrial hyperplasia is a significant risk factor for the development or even co-existence of endometrial cancer, so careful monitoring and treatment of women with this disorder is essential. Endometrial cancer arises from the lining of the uterus. It is the result of the abnormal growth of cells that have the ability to invade or spread to other parts of the body. 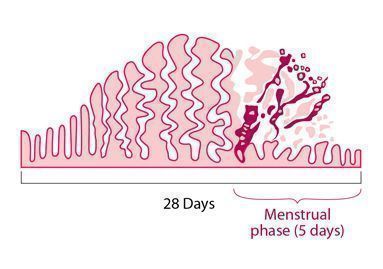 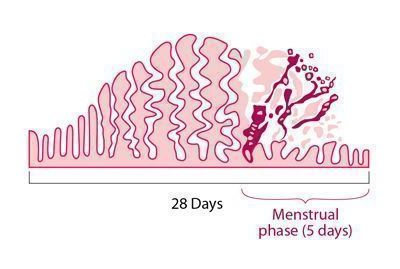 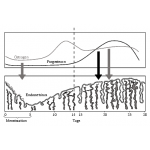