The innermost layer of the Fallopian tube wall.

Endosalpinx represents the innermost layer of the Fallopian tubes (Pic. 1). The Fallopian tubes serve as ducts for ova (eggs) and sperm cells and enable the fertilization (Pic. 2) to take place. The fertilized egg (or zygote) has then to be transported to the uterine cavity.

The ciliated cells of the endosalpinx provide the pick-up of the ova from the surface of the ovary and their movement through the ampulla of the tubes. The synchronised movement of their cilia ensures that the ovum is transported towards the uterine cavity and that it can be fertilized by sperm cells. The ciliary movement also helps the distribution of the tubal fluid.

The secretory cells of the endosalpinx participate in the production of the tubal fluid. This fluid is rich in nutrients for sperm cells, and promotes the process of sperm cell capacitation – a step in their maturation, enabling them to penetrate the outer layer of the egg. The fluid also contains ions such as calcium, sodium and chloride, and simple molecules such as glucose, bicarbonates and lactic acid.

The tubal epithelium (lining) is responsive to the estrogen (the primary female sex hormone) and progesterone (a steroid hormone involved in the regulation of menstruation and pregnancy) levels during the menstrual cycle, pregnancy, and the menopause. The proliferative phase is characterized by elevated epithelium with ciliated and secretory cells of equal height. The luteal phase shows lower ciliated cells. During menstruation and post-menstruation, cells are lower and smaller. During pregnancy, tubal epithelium remains low. The changes seen in postmenopausal women are variable – secretory activity of the secretory cells ceases, but the loss of cilia and the thinning of the epithelium may occur much later.

Endosalpinx is the tunica mucosa, or mucous membrane, of the Fallopian tubes. It consists of the epithelium, and a thin layer of connective tissue. In ampulla of the Fallopian tubes (the part closer to the ovary), it forms many complex mucosal folds (Pic. 3) whereas in the isthmus (the part close to the uterus), the folds are short and simple. The epithelium consists of three types of cells: the ciliated cells (Pic. 4), the secretory cells, and intercalated cells.

Ciliated cells are columnar cells with motile processes called cilia on their membrane. They are most abundant in the portions of the tube that are closer to the ovary – the ampulla and the infundibulum (Pic. 5). Estrogen, the female sex hormone produced the most in the proliferative phase (first half) of the menstrual cycle, increases the production of cilia in these cells. Estrogen also increases the height of these cells. Conversely, progesterone, which is dominant in the luteal phase (second half) of the menstrual cycle, causes them to become much shorter and relatively flat. Similar situation is seen during pregnancy and in post-menopausal women, where the epithelium becomes thin.

Secretory cells are also columnar and produce the tubal fluid. They are most abundant in the isthmus of the tubes (Pic. 5). Estrogen increases their height and secretory activity, whereas progesterone is reported to increase their number but decrease their height.

The endosalpinx is involved in the following disorders: 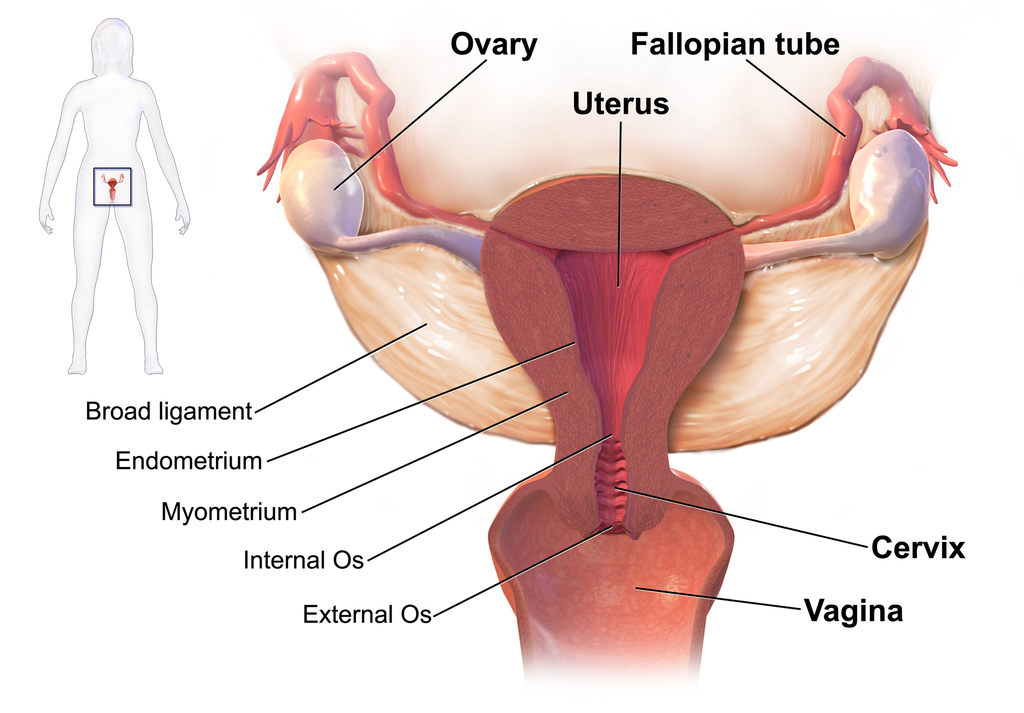 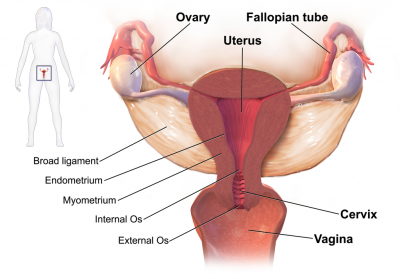 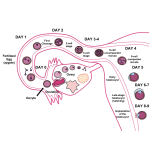 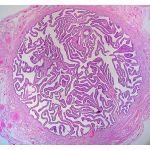 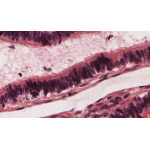 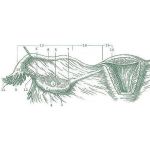 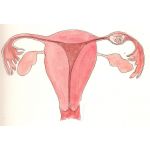