Leydig cells have a great influence on male reproduction capability. They represent a basal cell component of testicles ensuring the major portion of hormonal production of androgens, commonly called as “male hormones”. The most popularized of androgens is testosterone. Leydig cells can be found next to seminiferous tubules as the part of the interstitial tissue, forming together the parenchyma testis – basic testicular tissue (Pic.1). There are a lot of aspects of male body dependent on the testosterone production of Leydig cells including fetal differentiation of male sex, sperm cell production, the development of male secondary characteristics, body constitution and others.

Leydig cells are differentiated between 8th and 20th week of gravidity as “fetal” type. After the birth they differentiate into their final form as “adult” type of Leyding cells (higher testosterone production then “fetal” type) and they are tranquillised until the puberty.

The declination in Leydig cell activity can occur in men beginning at 40 to 50 years of age. The resulting reduction in circulating testosterone concentrations can lead to symptoms of andropause, also known as male menopause. Men report feelings of fatigue, reduced muscle mass, depression, anxiety, irritability, loss of libido, and insomnia. A reduction in spermatogenesis resulting in lowered fertility is also reported, and sexual dysfunction can also be associated with andropausal symptoms.

Pathological conditions of Leydig cells may lead to male infertility. Some of such conditions are: 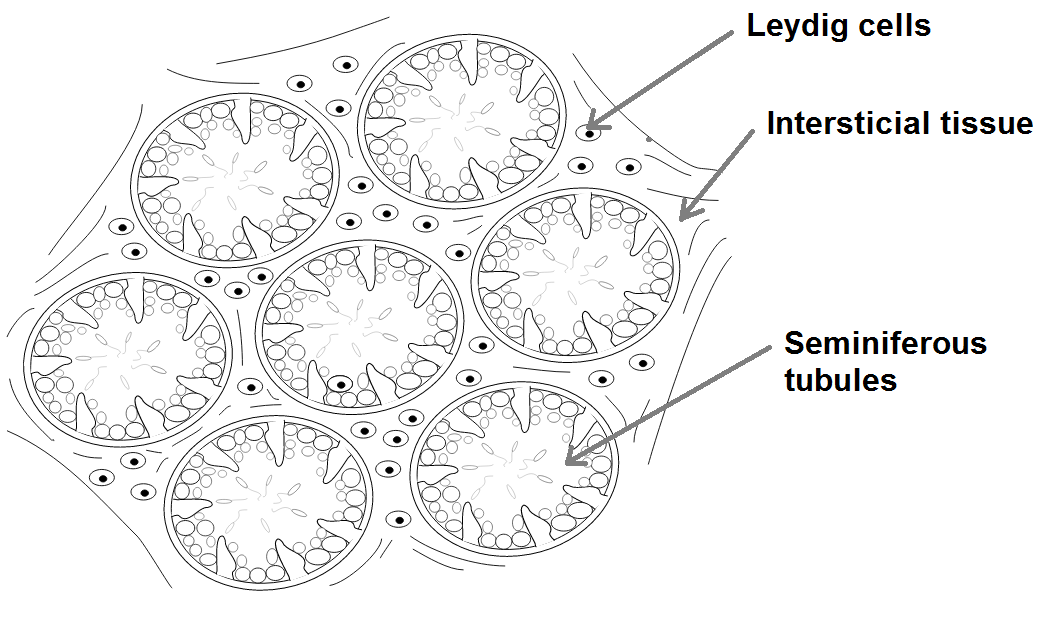 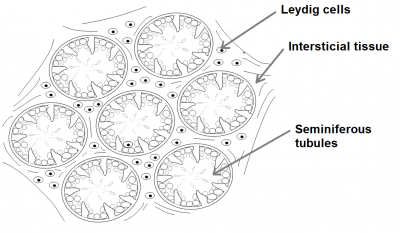