A Sertoli cell is a kind of cell, that secretes chemical substances necessary for the development and management of germ cells, resulting in the sperm cell production. It also blocks the interaction of blood with germ cells to prevent any damages done by the body immunity to its own germ cells and contrariwise it prevents the germ cells to provoke an immunological reaction in its own body.

Other function of Sertoli cells

Sertoli cells do not only control the process of spermatogenesis, but they are also responsible for creating so called immunologically privileged area in the testicles. It means, that Sertoli cell manage to keep blood separated from seminiferous tubules through the connection between them, called tight junction. Tight junction keeps bloodborne substances from reaching germ cells, so all stages of germ cells are protected from the body immunity. Tight junction also keeps surface antigens found on developing germ cells from eluding into the bloodstream so no autoimmune reaction could happen. Since Sertoli cells form the block between the blood and lumen of seminiferous epithelium, they are also in control of the entry and exit of nutrients, hormones and other chemicals into the tubules of the testis.

Following substances are secreted by Sertoli cells to manage the sperm production:

Sertoli cells are required for male sexual development. Once fully differentiated, the Sertoli cell is unable to proliferate. Therefore, once spermatogenesis has begun (during puberty), no more Sertoli cells are created. Recently however, some scientists have found a way to grow these cells outside of the body. This gives rise to the possibility of repairing some defects that cause male infertility. 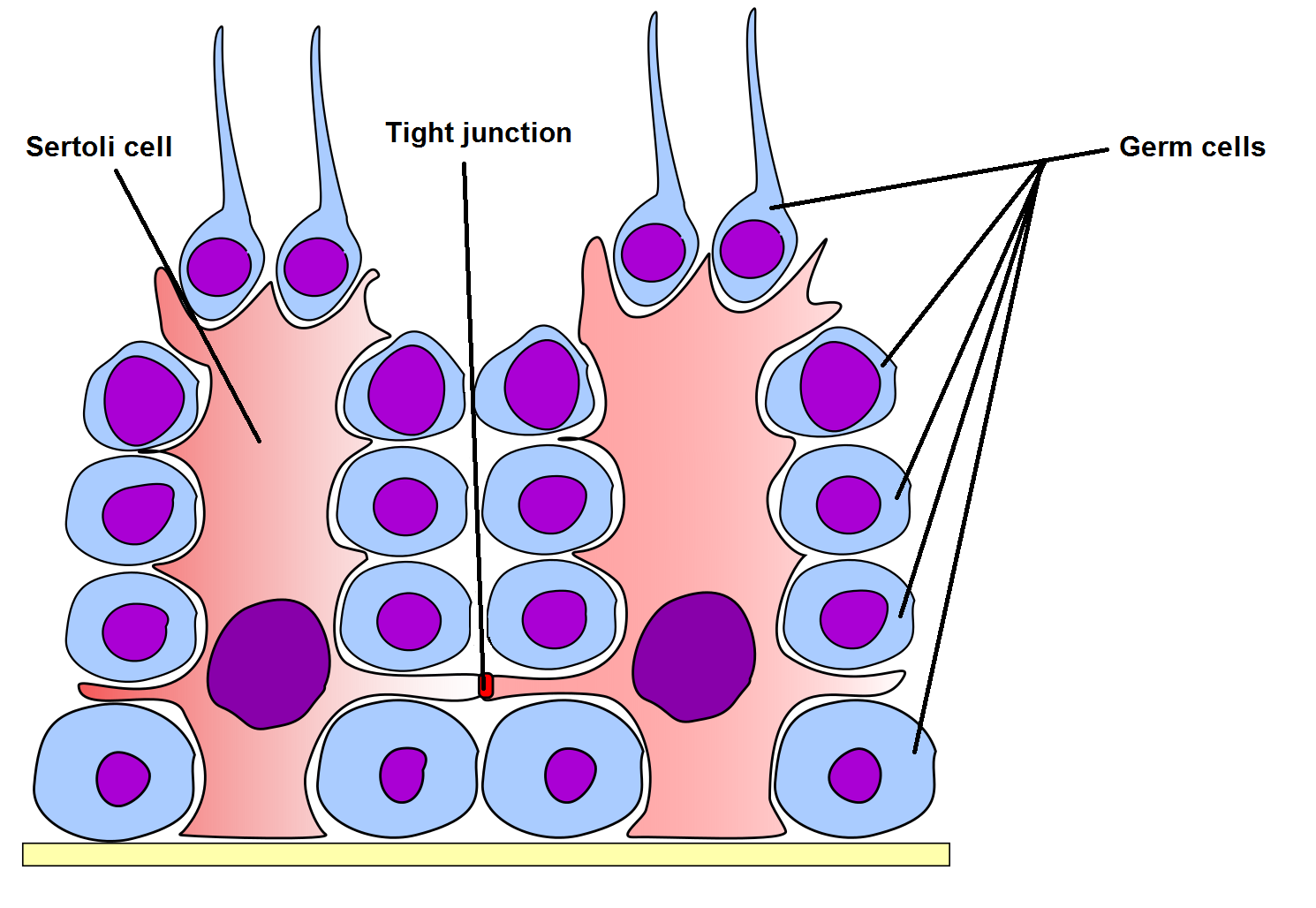 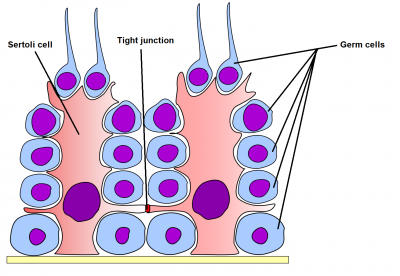