The division of cells in the early embryo with no significant growth that produces a cluster of cells that is the same size as the original zygote.

Cell division with no significant growth that produces a cluster of cells that is the same size as the original zygote, is called cleavage. Division of the zygote occurs approximately 30 hours after fertilization. Cleavage involves a series of mitotic divisions, so daughter cells are genetically similar to the parental cell. Although each cleavage results in more cells, it does not increase the total volume of the conceptus (Pic. 1). At least four initial cell divisions occur, resulting in a dense ball of at least sixteen cells called the morula. The different cells derived from cleavage up to the blastula stage, are called blastomeres. Depending mostly on the amount of yolk in the egg, the cleavage can be holoblastic (total) or meroblastic (partial).

Holoblastic cleavage occurs in animals with little yolk in their eggs, such as humans and other mammals who receive nourishment as embryos from the mother, via the placenta or milk, such as might be secreted from a marsupium.

In holoblastic eggs, the first cleavage always occurs along the vegetal-animal axis of the egg, and the second cleavage is perpendicular to the first. From here, the spatial arrangement of blastomeres can follow various patterns, due to different planes of cleavage in various organisms.The end of cleavage is known as the midblastula transition and coincides with the onset of zygotic transcription.

The cell cycle is an ordered series of events involving cell growth and cell division that produces two new daughter cells. Cells on the path to cell division proceed through a series of precisely timed and carefully regulated stages of growth, DNA replication, and division that produces two identical (clone) cells. The cell cycle has two major phases: interphase and the mitotic phase (Pic. 2). During interphase, the cell grows and DNA is replicated. During the mitotic phase, the replicated DNA and cytoplasmic contents are separated and the cell divides.

The three stages of interphase are called G1, S, and G2.

However, during the G1 stage, the cell is quite active at the biochemical level. The cell grows and accumulates the building blocks of chromosomal DNA and the associated proteins as well as sufficient energy reserves to complete the task of replicating each chromosome in the nucleus.

Throughout interphase, nuclear DNA remains in a semi-condensed chromatin configuration. In the S phase, DNA replication results in the formation of identical pairs of DNA molecules, sister chromatids, that are firmly attached to the centromeric region. The centrosome is duplicated during the S phase. The two centrosomes will give rise to the mitotic spindle, the apparatus that orchestrates the movement of chromosomes during mitosis.

In the G2 phase, the cell replenishes its energy stores and synthesizes proteins necessary for chromosome manipulation. Some cell organelles are duplicated, and the cytoskeleton is dismantled to provide resources for the mitotic phase. There may be additional cell growth during G2. The final preparations for the mitotic phase must be completed before the cell is able to enter the first stage of mitosis.

Karyokinesis (Mitosis)
Karyokinesis, also known as mitosis, is divided into a series of phases (prophase, prometaphase, metaphase, anaphase, and telophase). Mitosis is a single nuclear division that results in two nuclei that are usually partitioned into two new daughter cells. The nuclei resulting from a mitotic division are genetically identical to the original nucleus. They have the same number of sets of chromosomes, one set in the case of haploid cells and two sets in the case of diploid cells.

Phases of cell cycle and mitosis:

Cytokinesis, or "cell motion," is the second main stage of the mitotic phase during which cell division is completed via the physical separation of the cytoplasmic components into two daughter cells. Division is not complete until the cell components have been apportioned and completely separated into the two daughter cells. Cytokinesis starts during anaphase, when the microtubules gradually concentrate at the spindle midzone and a perpendicular ring of actomyosin contracts to form a cleavage furrow. Subsequently, the cleavage furrow ingresses and an intercellular bridge is formed containing the midbody. The midbody consists of overlapping microtubules and additional proteins, many of which are required for cytokinesis. These proteins are mainly secretory and membrane-trafficking proteins, actin and microtubule associated proteins and protein kinases. Cytokinesis is terminated by midbody cleavage (abscission) and each daughter cell then receives only one centrosome. The process of abscission is carefully regulated, but the control mechanisms have not been fully elucidated.

It is essential that the daughter cells produced be exact duplicates of the parent cell. Mistakes in the duplication or distribution of the chromosomes lead to mutations that may be passed forward to every new cell produced from an abnormal cell. To prevent a compromised cell from continuing to divide, there are internal control mechanisms that operate at three main cell cycle checkpoints. A checkpoint is one of several points in the eukaryotic cell cycle at which the progression of a cell to the next stage in the cycle can be halted until conditions are favorable. These checkpoints occur near the end of G1, at the G2/M transition, and during metaphase (Pic. 4).
Images 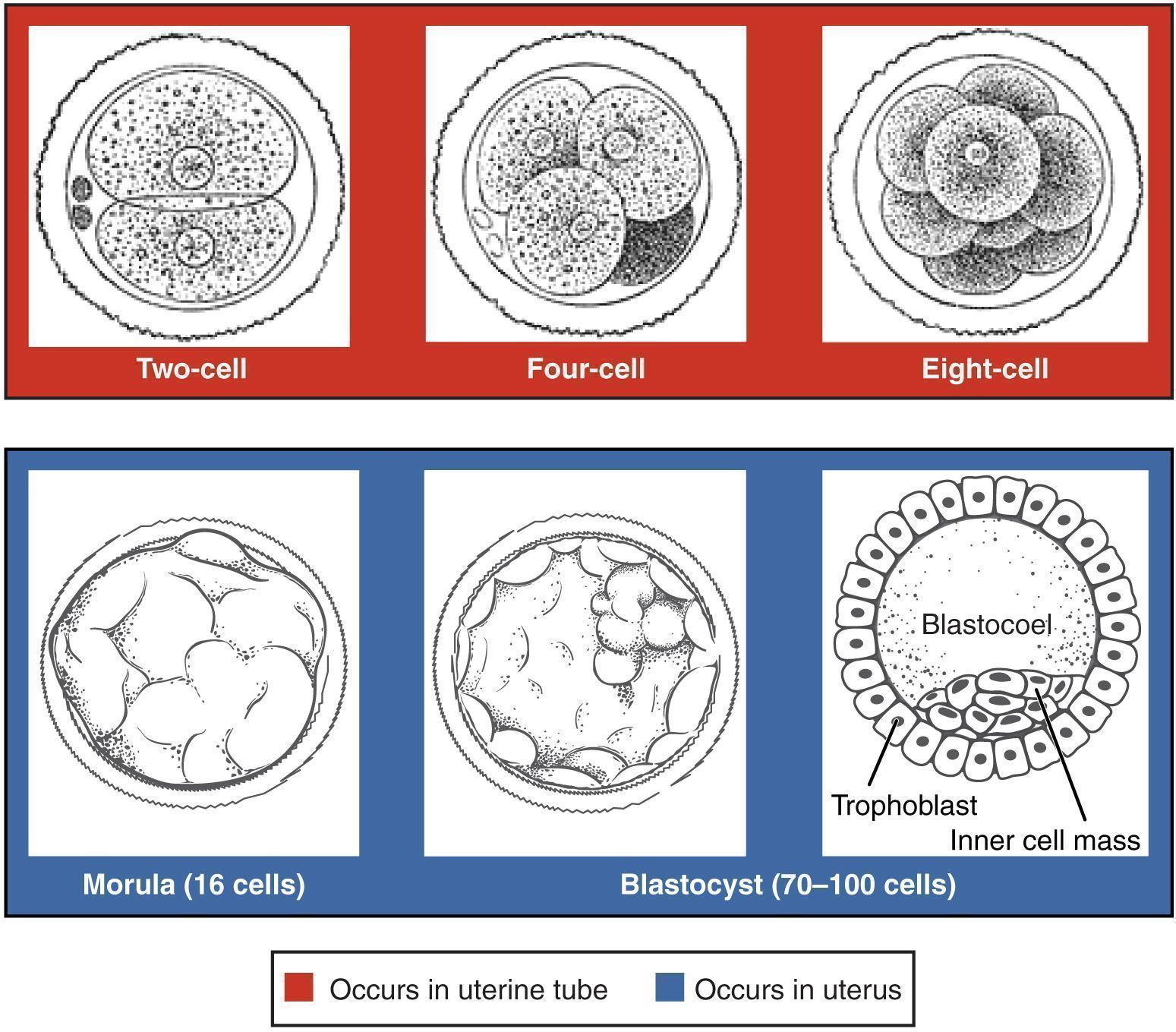 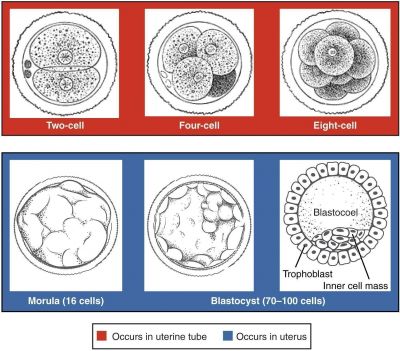 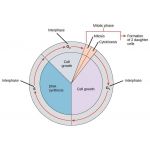 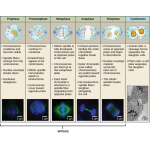 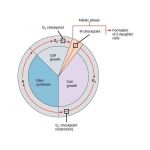