The periodic discharge of blood and mucosal tissue from the inner lining of the uterus through the vagina.

Menstruation is what adolescent girls and women of child-bearing age usually experience as a flow of blood from the vagina. It is caused by a build-up of blood on the lining of the womb (uterus), in response to hormones (Pic. 1).

Up to 80% of women report having some symptoms prior to menstruation. Common signs and symptoms include acne, tender breasts, bloating, feeling tired, irritability, and mood changes. These may interfere with normal life, therefore qualifying as premenstrual syndrome, in 20 to 30% of women. In 3 to 8%, symptoms are severe.

Most girls or women get their period once a month, but anywhere between every 3 and 6 weeks is normal. Periods usually last between 3–7 days, with the blood flow usually starting heavy and getting lighter during this time. Girls often get their first period at 12 or 13, but this can happen earlier or later. When the period starts, it may be irregular at first. This means woman might not know when to expect your next period. If your period has not started by the age of 16, it is recommended to see a health professional.

The mucous membrane that lines the uterus in mammals and in which fertilized eggs are implanted is called endometrium. Menstruation includes the increase in the endometrium in preparation for implantation and the shedding of the lining following lack of implantation.

Repeated shedding of the endometrium necessitates complete repair and regeneration of the denuded surface. Therefore, events that would only otherwise occur after parturition are repeated monthly.

There is evidence that the amount of endometrium that is shed during menstruation varies between individuals, but it remains undetermined if the depth of shedding is associated with gynaecological pathologies.

The menstrual cycle (Pic. 3) is the physiological change that occurs under the control of the endocrine system in fertile women for the purposes of sexual reproduction and fertilization.

During the menstrual cycle, the endometrium grows to a thick, blood vessel-rich tissue lining, representing an optimal environment for the implantation of a blastocyst (an embryo until day 5 or 6) upon its arrival in the uterus. Menstrual cycles are counted from the first day of menstrual bleeding and are typically 28 days long.

During menstruation, the body begins to prepare for ovulation again. The levels of estrogen gradually rise, signaling the start of the follicular, or proliferation, phase of the menstrual cycle. The discharge of blood slows and then stops in response to rising hormone levels and the lining of the uterus thickens, or proliferates. Ovulation is triggered by a surge in luteinizing hormone (LH). The sudden change in hormones at the time of ovulation sometimes causes minor changes in the endometrium and light mid cycle blood flow.

After ovulation, under the influence of progesterone, the endometrium changes to a secretory lining in preparation for the potential implantation of an embryo to establish a pregnancy. If a blastocyst implants, then the lining remains as the decidua (a uterine lining forming the maternal part of the placenta). This becomes part of the placenta and provides support and protection for the embryo during gestation.

If implantation does not occur within approximately two weeks, the progesterone-producing corpus luteum in the ovary will recede, causing sharp drops in levels of both progesterone and estrogen. This hormone decrease causes the uterus to shed its lining and the egg in menstruation.

The cessation of menstrual cycles at the end of a woman's reproductive period is termed menopause. The average age of menopause in women is 52 years, but it can occur anytime between 45 and 55.

There is a wide spectrum of differences in how women experience menstruation. There are several ways that someone's menstrual cycle can differ from the norm, any of which should be discussed with a doctor to identify the underlying cause:

Premenstrual syndrome (PMS), a disease commonly encountered in clinical gynecology, refers to a series of moods, mental and physical symptoms, and signs occurring in the premenstrual period (luteal phase) of reproductive-aged women, including irritability, anxiety, nervousness, breast distention pain, and headache. The abovementioned symptoms automatically mitigate or disappear after menstruation but recur regularly with each menstrual cycle.

Sexual intercourse during menstruation does not cause damage in and of itself, but the woman's body is more vulnerable during this time. Vaginal pH is higher and less acidic than normal, the cervix is lower in its position, the cervical opening is more dilated, and the uterine endometrial lining is absent, thus allowing organisms direct access to the blood stream through the numerous blood vessels that nourish the uterus. All these conditions increase the chance of infection during menstruation.

Sexual intercourse may also shorten the menstrual period. Some sources say that achieving orgasm helps the uterus contract and expel the lining. However, it is more likely that because semen contains vulvae are repulsive, smelling bad, especially during the menstrual period.

During pregnancy and for some time after childbirth, menstruation is normally suspended; this state is known as amenorrhoea, i.e. absence of the menstrual cycle. If menstruation has not resumed, fertility is low during lactation. The average length of postpartum amenorrhoea is longer when certain breastfeeding practices are followed; this may be done intentionally as birth control. 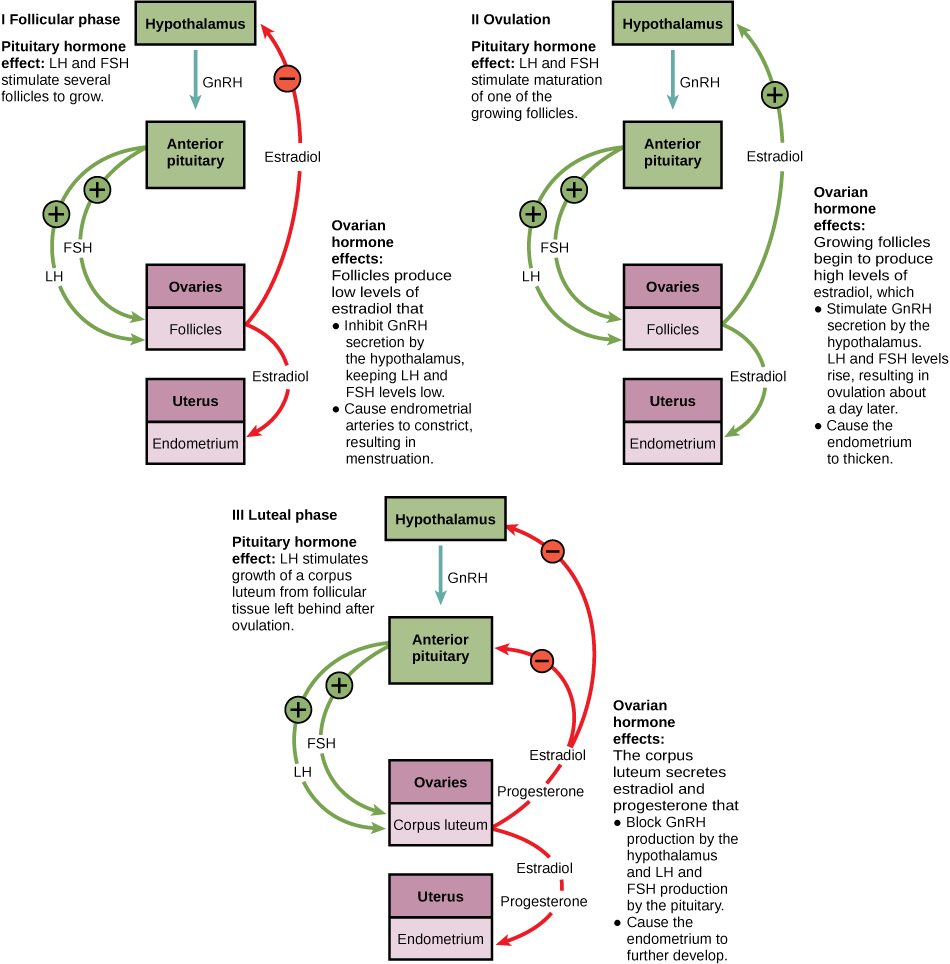 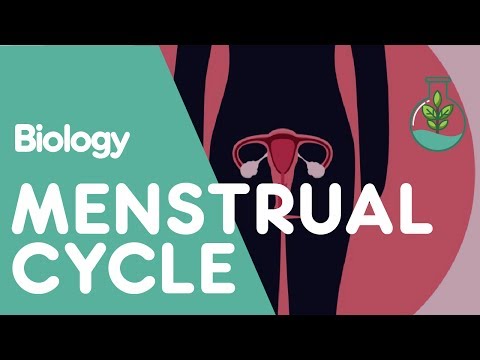 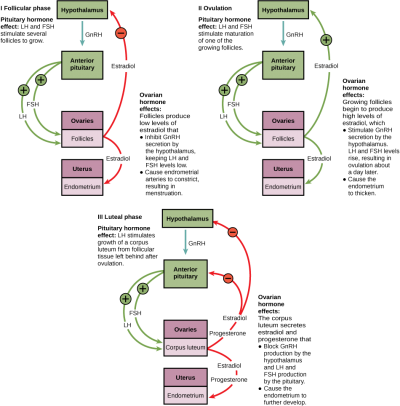 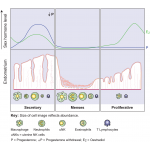 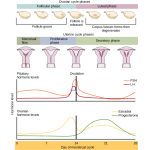