Oogenesis, illustrated in Pic. 1, occurs in the outermost layers of the ovaries. As with sperm production, oogenesis starts with a germ cell, called an oogonium (plural: oogonia), but this cell undergoes mitosis to increase in number, eventually resulting in up to about one to two million cells in the embryo.

The process of oogenesis

The process of oogenesis starts in the fetal ovaries with the development of oogonia from primordial germ cells (PGCs). Oogonia are formed during fetal development (in the process called oocytogenesis), and divide via mitosis, much like spermatogonia in the testis. In other words, primary oocytes reach their maximum development at 20 weeks of gestational age, when approximately seven million primary oocytes have been created; however, at birth, this number has already been reduced to approximately 1-2 million. The process of oogenesis/folliculogenesis is highly regulated by hormones and other substances.

Oogenesis starts with the process of developing oogonia, which occurs via the transformation of primordial follicles into primary oocytes, a process called oocytogenesis. Oocytogenesis is complete either before or shortly after birth.

Meiosis I of ootidogenesis begins during embryonic development, but halts in the diplotene stage of prophase I until puberty. The mouse oocyte in the dictyate (prolonged diplotene) stage actively repairs DNA damage, whereas DNA repair is not detectable in the pre-dictyate (leptotene, zygotene and pachytene) stages of meiosis. For those primary oocytes that continue to develop in each menstrual cycle, however, synapsis occurs and tetrads form, enabling chromosomal crossover to occur. As a result of meiosis I, the primary oocyte has now developed into the secondary oocyte and the first polar body (PB 1).

Immediately after meiosis I, the haploid secondary oocyte initiates meiosis II. However, this process is also halted at the metaphase II stage until fertilization, if such should ever occur. When meiosis II has completed, an ootid and another polar body (PB 2) have now been created. Both polar bodies disintegrate at the end of meiosis II, and their function is to discard the extra haploid sets of chromosomes that have resulted as a consequence of meiosis.
Meiosis of a secondary oocyte is completed only if a sperm succeeds in penetrating its barriers. Meiosis II then resumes, producing one haploid ovum that, at the instant of fertilization by a (haploid) sperm, becomes the first diploid cell of the new offspring (a zygote).

Follicle development signals the beginning of the menstrual cycle:

In spite of generally accepted dogma that the total number of follicles and oocytes is established in human ovaries during the fetal period of life rather than forming de novo in adult ovaries, some new evidence in the field challenges this understanding. Several studies have shown that different populations of stem cells, such as germinal stem cells and small round stem cells with diameters of 2 to 4 µm, that resembled very small embryonic-like stem cells and expressed several genes related to primordial germ cells, pluripotency, and germinal lineage are present in adult human ovaries and originate in ovarian surface epithelium. These small stem cells were pushed into the germinal direction of development and formed primitive oocyte-like cells in vitro. Moreover, oocyte-like cells were also formed in vitro from embryonic stem cells and induced pluripotent stem cells. This indicates that postnatal oogenesis is not excluded. It is further supported by the occurrence of mesenchymal stem cells that can restore the function of sterilized ovaries and lead to the formation of new follicles and oocytes in animal models. Both oogenesis in vitro and transplantation of stem cell-derived ”oocytes” into the ovarian niche to direct their natural maturation represent a big challenge for reproductive biomedicine in the treatment of female infertility in the future and needs to be explored and interpreted with caution, but it is still very important for clinical practice in the field of reproductive medicine. 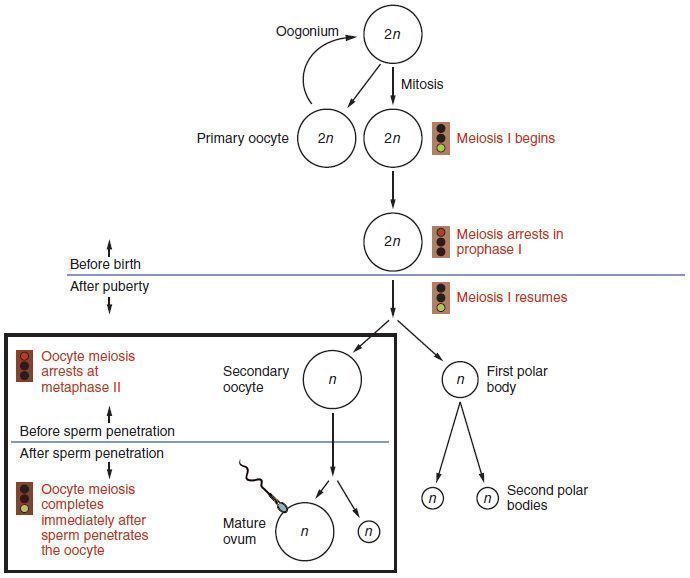 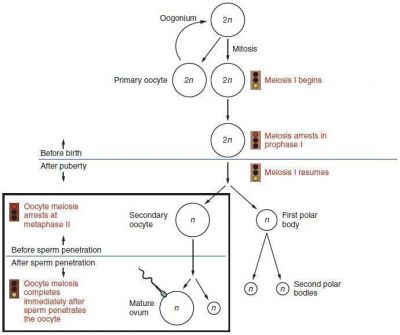