Spermatogenesis produces mature male gametes, commonly called sperm but specifically known as spermatozoa, which are able to fertilize the counter part female gamete, the oocyte, during conception to produce a single-celled individual known as a zygote. This is the corner stone of sexual reproduction and involves the two gametes both contributing half the normal set of chromosomes (haploid) to result in a chromosomally normal (diploid) zygote.

The spermatogenesis occurs in the seminiferous tubules that form the bulk of each testis (Pic.1 ).The process begins at puberty, after which time sperm are produced constantly throughout a man’s life.One production cycle, from spermatogonia through formed sperm, takes approximately 64 days. A new cycle starts approximately every 16days, although this timing is not synchronous across the seminiferous tubules. Sperm counts the total number of sperm a man produces slowly decline after age 35, and some studies suggest that smoking can lower sperm counts irrespective of age.

The process of spermatogenesis

Spermatogenesis begins with mitosis of the diploid spermatogonia (Pic.2). Because these cells are diploid (2n), they each have a complete copy of the father’s genetic material, or 46 chromosomes. However, mature gametes are haploid (1n), containing 23 chromosomes meaning that daughter cells of spermatogonia must undergo a second cellular division through the process of meiosis.

This second meiotic division results in a total of four cells withonly half of the number of chromosomes. Each of these new cells is aspermatid. Although haploid, early spermatids look very similar tocells in the earlier stages of spermatogenesis, with a round shape,central nucleus, and large amount of cytoplasm.

A process called spermiogenesis transforms these early spermatids, reducing the cytoplasm, and beginning the formation of the parts of a true sperm. The fifth stage of germ cell formation spermatozoa, orformed sperm is the end result of this process, which occurs in the portion of the tubule nearest the lumen. Eventually, the sperm are released into the lumen and are moved along a series of ducts in the testis toward a structure called the epididymis for the next step of sperm maturation.

At all stages of differentiation, the spermatogenic cells are inclose contact with Sertoli cells (Pic.3) which are thought to providestructural and metabolic support to the developing sperm cells in thefollowing ways:

The process of spermatogenesis is highly sensitive to fluctuations in the environment, particularly hormones and temperature. Seminiferous epithelium is sensitive to elevated temperature in humans and will be adversely affected by temperatures as high as normal body temperature. Consequently, the testes are located outside the body in a sack of skin called the scrotum. The optimal temperature ismaintained at 2 °C below body temperature in human males. This is achieved by regulation of blood flow and positioning towards and away from the heat of the body by the cremasteric muscle and the dartos smooth muscle in the scrotum. Dietary deficiencies (such as vitamins B, E, and A), anabolic steroids, metals (cadmium and lead), x-rayexposure, dioxin, alcohol, and infectious diseases will alsoadversely affect the rate of spermatogenesis. 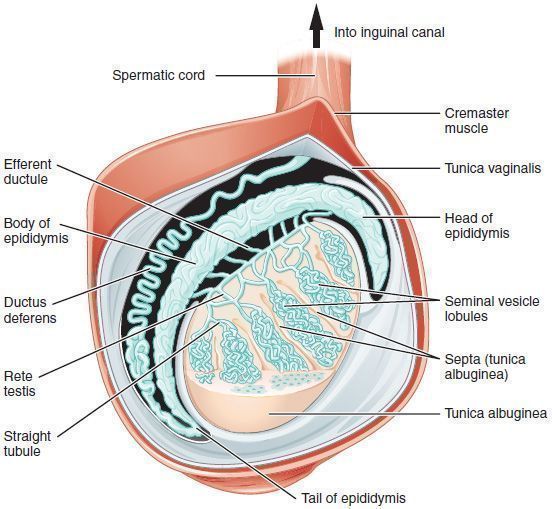 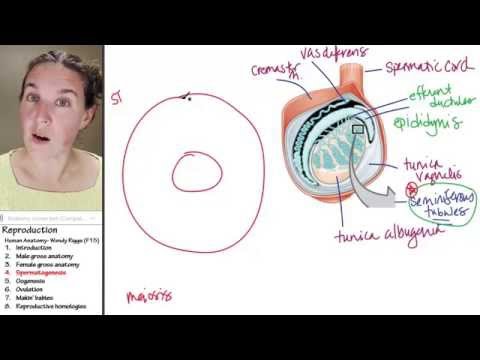 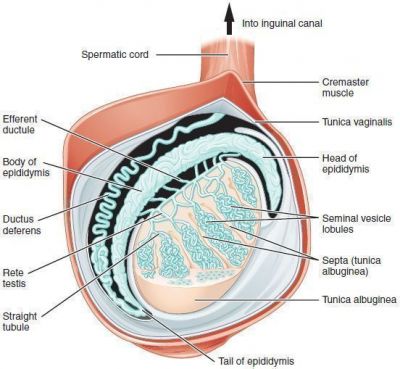 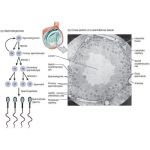 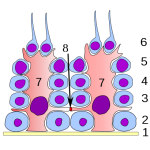