Abortion is the termination of a pregnancy, whether voluntary or involuntary. An abortion that occurs spontaneously is also known as a miscarriage. An abortion may be caused purposely and is then called an induced abortion, or less frequently, "induced miscarriage". The word abortion is often used to mean only induced abortions. A similar procedure after the fetus could potentially survive outside the womb is known as a "late termination of pregnancy".

Spontaneous abortion, also known as miscarriage, is the unintentional expulsion of an embryo or fetus before the 24th week of gestation. A pregnancy that ends before 37 weeks of gestation resulting in a live-born infant is known as a "premature birth" or a "preterm birth". When a fetus dies in utero after viability, or during delivery, it is usually termed "stillborn". Premature births and stillbirths are generally not considered to be miscarriages although usage of these terms can sometimes overlap.

Between 15% and 30% of known pregnancies end in clinically apparent miscarriage, depending upon the age and health of the pregnant woman. 80% of these spontaneous abortions happen in the first trimester. Very often it is caused by congenital chromosomal disorders. The embryo is not capable of development, or the anomalies are not compatible with life.

Most abortions result from unintended pregnancies. A pregnancy can be intentionally aborted in several ways. The manner selected often depends upon the gestational age of the embryo or fetus, which increases in size as the pregnancy progresses. Specific procedures may also be selected due to legality, regional availability, and doctor or a women's personal preference.

Reasons for procuring induced abortions are typically characterized as either therapeutic or elective. An abortion is medically referred to as a therapeutic abortion when it is performed to save the life of the pregnant woman; prevent harm to the woman's physical or mental health; terminate a pregnancy where indications are that the child will have a significantly increased chance of premature morbidity or mortality or be otherwise disabled; or to selectively reduce the number of fetuses to lessen health risks associated with multiple pregnancy. An abortion is referred to as an elective or voluntary abortion when it is performed at the request of the woman for non-medical reasons. Induced abortion can be done medically or surgically.

Medical abortions are those induced by abortifacient pharmaceuticals. Each regiment or their combination is used in different stage of pregnancy.

In very early abortions, medical abortion using a mifepristone–misoprostol combination regimen is considered to be more effective than surgical abortion (vacuum aspiration), especially when clinical practice does not include detailed inspection of aspirated tissue.

Up to 15 weeks' gestation, suction-aspiration or vacuum aspiration (Pic. 1) are the most common surgical methods of induced abortion. Manual vacuum aspiration (MVA) consists of removing the fetus or embryo, placenta, and membranes by suction using a manual syringe, while electric vacuum aspiration (EVA) uses an electric pump. These techniques differ in the mechanism used to apply suction, in how early in pregnancy they can be used, and in whether cervical dilatation (the opening of the cervix- in this case the opening is done with medical device) is necessary.

Dilation and curettage (D&C), the second most common method of surgical abortion, is a standard gynecological procedure performed for a variety of reasons, including examination of the uterine lining for possible malignancy, investigation of abnormal bleeding, and abortion. Curettage refers to cleaning the walls of the uterus with a curette.

From the 15th week of gestation until approximately the 26th, other techniques must be used. Dilation and evacuation (D&E) consists of opening the cervix of the uterus and emptying it using surgical instruments and suction. After the 16th week of gestation, abortions can also be induced by intact dilation and extraction (IDX) (also called intrauterine cranial decompression), which requires surgical decompression of the fetus's head before evacuation.

In very early pregnancy, before woman is aware of conception, and the abortion is before the following menstruation, menstrual bleeding can be heavier than usual.

If the abortion is spontaneous in later stage, woman can feel pain in her lower abdomen, or starts to bleed from vagina after the expected menstruation. It is reccomended to immidiately visit gynaecologist, which can diagnosed the abortion.

The most common cause of spontaneous abortion during the first trimester is chromosomal abnormalities of the embryo or fetus, accounting for at least 50% of sampled early pregnancy losses. Other causes include vascular disease, diabetes, other hormonal problems, infection, and abnormalities of the uterus.

In some cases, cancer of the mother leads to consideration of abortion to protect the life of the mother, or in response to the potential damage that may occur to the fetus during treatment. This is particularly true for cervical cancer, the most common type which occurs in 1 of every 2,000–13,000 pregnancies, for which initiation of treatment cannot co-exist with preservation of fetal life.

The health risks of abortion depend principally upon whether the procedure is performed safely or unsafely. The World Health Organization defines unsafe abortions as those performed by unskilled individuals, with hazardous equipment, or in unsanitary facilities. Legal abortions performed in the developed world are among the safest procedures in medicine. The risk of abortion-related mortality increases with gestational age, but remains lower than that of childbirth through at least 21 weeks' gestation.

Vacuum aspiration in the first trimester is the safest method of surgical abortion, and can be performed in a primary care office, abortion clinic, or hospital. Complications are rare and can include uterine perforation, pelvic infection, and retained products of conception requiring a second procedure to evacuate. The rate of complications of vacuum aspiration abortion in the first trimester is similar regardless of whether the procedure is performed in a hospital, surgical center, or office. Preventive antibiotics are typically given before elective abortion, as they are believed to substantially reduce the risk of postoperative uterine infection. The rate of failed procedures does not appear to vary significantly depending on whether the abortion is performed by a doctor or a mid-level practitioner. Complications after second-trimester abortion are similar to those after first-trimester abortion, and depend somewhat on the method chosen.

Women seeking to terminate their pregnancies sometimes resort to unsafe methods, particularly when access to legal abortion is restricted. A majority of the unsafe abortions are performed by untrained birth attendants or quacks leading to complications in a large proportion of these cases. Complications like bowel injury, bladder injury, uterine perforation, and septic abortion are mostly caused by unskilled hands and are detected immediately or within few days of the procedure, owing to the need for tertiary level care.

Miscarriage or abortion is regarded as a difficult and distressing life event for a woman. It can cause anxiety and depression, and can also be experienced as a traumatic life event.

Intrauterine infection by bacteria is well established as a pathway leading to spontaneous abortion and spontaneous preterm birth. Much less is known about viral infection and adverse pregnancy outcome. Pregnancy has previously proven to be a state of mild immunosuppression (a reduction of the activation or efficacy of the immune system) due to the decrease in the number of natural killer cells (a type of lymphocyte critical to the innate immune system), possibly making pregnant women more prone to infections.

Abortion can not be prevented. The only thing that can help is to reduce the risk of infection and decrease the level of stress during pregnancy.
If the woman is not planning to have a child, she should be informed about suitable contraceptions and their efficiency.

Abortion can affect fertility in several ways. Firstly, after induced abortion, the uterine cavity can be damaged. The cavity of the uterus is lined by the endometrium. This lining is composed of two layers, the functional layer (adjacent to the uterine cavity) which is shed during menstruation and an underlying basal layer (adjacent to the myometrium), which is necessary for regenerating the functional layer. Trauma to the basal layer, typically after a dilation and curettage performed after a miscarriage, or for surgical termination of pregnancy, can lead to the development of intrauterine scars resulting in adhesions that can obliterate the cavity to varying degrees. In the extreme, the whole cavity can be scarred and occluded. Even with relatively few scars, the endometrium may fail to respond to estrogen. This condition characterized by adhesions and/or fibrosis of the endometrium is called Asherman’s syndrome. The adhesions in uterus can lead to repeated pregnancy loss due to implantation of embryo to the scar tissue or wrong implantation of placenta, which can cause the abortion because of lack of blood supply to the developing embryo.

In rare cases the abortion is not complete and fetal bone remain in woman’s body. Unwanted contraception through prolonged retention of fetal bone is a cause of infertility. It is usually associated with a history of abortion, either spontaneous or induced. It is recommended a transvaginal ultrasound or hysteroscopy on every patient with a history of secondary infertility following abortion, regardless of the interval between the preceding termination and presentation.

Recurrent miscarriage remains unexplained even though there are detailed investigation of this problem. About one in every hundred couples is affected by repeated loss of baby. Sometimes a treatable cause can be found, and unfortunately sometimes not. But more likely these couples are likely to have a successful pregnancy than miscarry again. 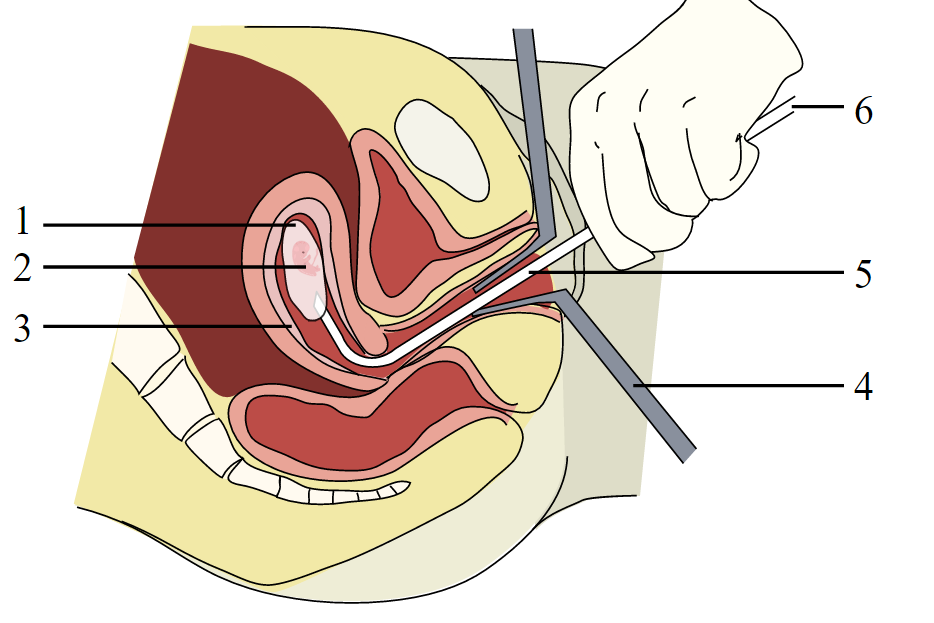 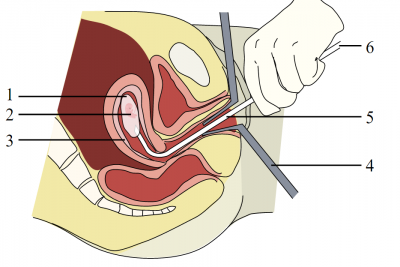