Age that may lead to the accumulation of de novo mutations, male infertility and increased genetic risks on the offspring.

In addition to increased risk of male infertility, paternal age has also been demonstrated to impact reproductive and fertility outcomes including a decrease in in vitro fertilization (IVF)/intracytoplasmic sperm injection (ICSI) success rate and increasing rate of preterm birth. Increasing paternal age has shown to increase the incidence of different types of disorders like autism, schizophrenia, bipolar disorders, and childhood leukemia in the progeny. It is thereby essential to educate the infertile couples on the disturbing links between increased paternal age and rising disorders in their offspring, to better counsel them during their reproductive years.

Several mechanisms have been proposed to explain how aging in males may cause changes in semen parameters (Pic. 3). These changes can be related to seminal vesicle inadequacy which reduces semen volume or changes in prostate, in terms of prostate atrophy such as reduction in water and protein content which might affect sperm motility and ejaculate volume.

Sperm DNA damage is associated within lower probability of conception and a longer time to conception. Studies suggest that DNA damage is a better predictor of pregnancy than the conventional semen parameters.

In contrast to egg cell maturation (oogenesis), sperms divide (or spermatogenesis occurs) continuously throughout reproductive lifetime and hence accumulates greater number of cell divisions. The paternal contribution to offspring novo mutations was estimated to increase by 4% per year. At the age of 20, a sperm would have undergone 150 chromosomal replications (a part of cell cycle), and at the age of 50, it would have gone through 840 replications. This increases the probability of replication errors in the germ line leading to the accumulation of mutations and hence increased de novo mutation rate in spermatozoa. This problem is further aggravated when age-sensitive processes such as DNA replication and repair are compromised due to an increasing age. On average, the rate of de novo mutation increases by two base pairs every successive year.

On average, 10% of sperm cells of healthy male population have chromosomal aneuploidies and include chromosome 21 and 22. However, this number increases with paternal age (Pic. 4). The incidence of sex chromosome disomy 18 significantly increases among older men (>50 years) when compared to younger men. McIntosh et al. reported increased risk of up to two fold among fathers of 50 years and older when compared to the fathers of age group 25–29 years.

Epigenetics is stable heritable modification on histone tails but not the DNA sequence that leads to altered gene expression (process by which genetic instructions are used to synthesize proteins). Unlike DNA mutations, epigenetic patterns can be disrupted or silenced by various environmental and endogenous factors such as nutrition, age, drug/toxin exposure and phenotypic variation. Therefore, both spermatogenesis and spermiogenesis (processes of sperm cell development) processes are marked by successive steps of epigenetic reprogramming of the male gamete which is influenced by several environmental factors. These epigenetic events may impair or inhibit key steps of fertilization, implantation and/or the embryo development.

The decreasing testosterone levels in aging men are linked to andropausal symptoms, such as poor libido, fatigue and loss of cognitive function. Both male sexual function and sexual frequency decrease with age and the infertility experienced by many older men may in part be related to the decline in sexual activity.

Many genetic disorders in offspring have been associated to increasing paternal age:

Spontaneous abortion is defined as loss of pregnancy occurring before 20 weeks of gestation. It is seen in 10-15% of clinically recognized pregnancies. Increasing paternal age is significantly associated with the risk of spontaneous abortions.

Pre-eclampsia refers to the onset of hypertension and either proteinuria (proteins in the urine) or end-organ dysfunction after 20 weeks of gestation in a previously normotensive woman. A significant association has been reported between increasing paternal age and preeclampsia.

Pre-term delivery is defined by the occurrence of delivery before the completion of 37 weeks of gestation. Pre-term birth is responsible for causing 27% neonatal deaths worldwide, leading to over a million deaths annually. It is also associated with more than 70% of early life morbidity and mortality, making it one of the largest health problems in reproductive health. With increasing paternal age, the risk of preterm births increases. The odds ratio for preterm increased with increasing paternal age.

Low birth weight is a leading cause of infant mortality in the United States. It is associated with attention deficit hyperactivity disorder (ADHD), blindness, epilepsy, chronic lung disease, cerebral palsy, all of them leading to long term health problems. In comparison to the paternal age group of 25–29 years, age group >45 years has 19% increased likelihood of low birth weight and 13% increased risk of preterm (between 33 and 37 weeks of gestation) birth.

Still-birth defines a fetal death that occurs prior to the expulsion from its mother. The paternal age group >45 years has 48% increased risk of still-birth (utero-fetal death ≥28 weeks) compared to the 25–29 years group.

For pregnancies fathered by men aged ≥ 50 years, both the risks for early fetal death (≤20 weeks of gestation) and late fetal death increased with the hazard ratio of 1.38 and 3.94 respectively. In comparison to the paternal age group of 25–29 years, age group >45 years has 22% increased risk of stillbirth.

The sperm parameters do not change until males reach the age of 34 years.

Fecundity is defined as the likelihood of achieving a pregnancy in a defined period of time. Using time to conception as an index to measure male fecundity, there is a significant decline in male fecundity with advanced paternal age after adjusting maternal age and other confounding factors.

For men older than 40 years, the odds ratios for conception in <12 months are 0.62 for 30–34 years old, 0.50 for 35–39 years old and 0.51 compared to the reference age group (<25 y). Association of paternal age with fertility is contradictory. This may be attributed to the decline in male sexual activity as frequency of intercourse decreases with age. The general consensus is that paternal age is associated with reduced fertility especially in couples where men are older than 40 years and age of the women is at least 35 years. 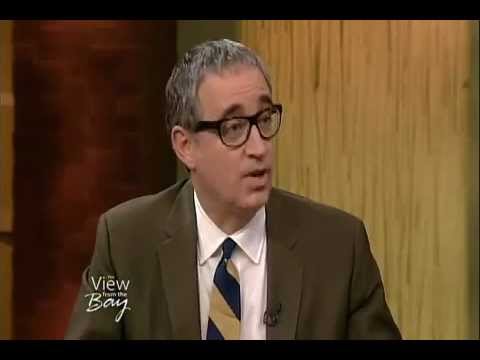 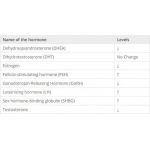 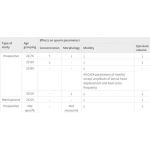 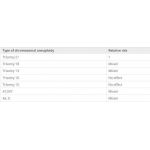